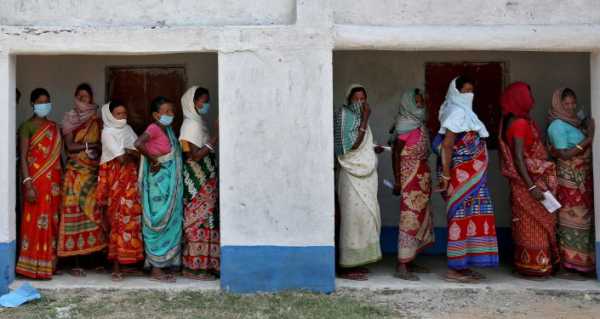 Amid a rising number of COVID-19 cases across India, voters in four states: Assam, Kerala, Tamil Nadu and West Bengal, as well as the Union Territory of Puducherry, have been casting their votes amid strict regulations. The counting of votes for all these seats will be held on 2 May.

Intense polling has been recorded since morning as all assembly seats in Kerala, Tamil Nadu and Puducherry went to vote in a single phase on Tuesday. As per the election commission, around 15 percent of the total number of voters cast their votes in the first two hours of the polling, which began at 7 am local time.

As soon as the polling began, Prime Minister Narendra Modi appealed to the voters to exercise their right to vote in record numbers.

​Voting for all 234 assembly seats in Tamil Nadu, 140 in Kerala and 30 in Puducherry is being carried out in a single phase.

West Bengal is set for its third phase and has five more phases to go. State assembly polls are currently being held for 294 seats. The elections began on 27 March.

The northeastern state of Assam, on the other hand, is witnessing the last of its three phases. Voting for the first and second phases in the state of Assam was held on 27 March and 1 April, respectively.

People arrived at the polling booth early in the morning to cast their votes.