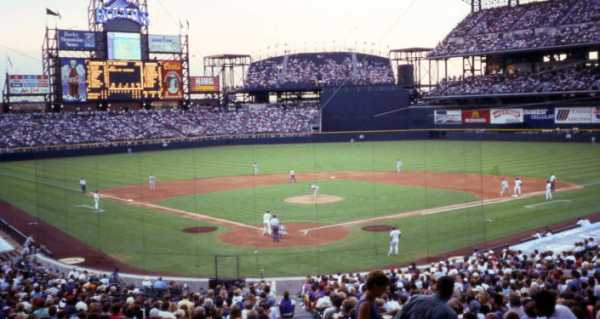 Earlier Georgia’s governor imposed a number of voting regulations, limiting access to mail-in voting. The measures, conceived by the GOP as a “secure” response to the last presidential race, were considered by Democrats as violation of voting rights. Major League Baseball has decided to relocate one of its key games to another state in response.

The 2021 Major League Baseball (MLB) All-Star Game will be reportedly held in Denver, Colorado, at the Colorado Rockies’ stadium Coors Field; the event was originally slated to be held in Atlanta, Georgia, according to USA Today.

Colorado authorities have reportedly activated their efforts to push the possibility of hosting the All-Star Game, as such a significant sporting event is expected to boost Denver’s economic activity.

On Friday, Commissioner Rob Manfred announced the relocation of the 2021 All-Star Game from Atlanta, Georgia as a protest against the state’s voting law “that not only disproportionately disenfranchises the Black community, but also paves the way for other states to pass similarly harmful laws based largely on widespread falsehoods and disinformation,” according to a Players Alliance statement.

Major League Baseball’s decision drew sharp criticism from GOP politicians, and the governor himself, who said that the “decision is not about access to voting. It’s about a lack of courage to stand up to the lies of a radical mob hellbent on distorting the truth for political gain.”

The law obliges voters to provide their identity documents, limits the period to request absentee ballots, bans handing out food or water in lines in front of polling stations and reduces the number of ballot boxes in the state. The move provoked harsh criticism from Democrats, who claim that the law suppresses voting rights.