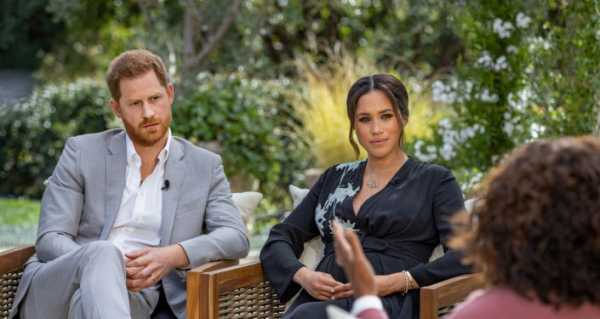 The tell-all interview with Oprah was the first the Sussexes gave since announcing their controversial decision to quit royal life. The two-hour conversation has been as polarising as their decision to step down from royal duties, with numerous celebrities and high-profile figures either backing or criticising the claims the couple made.

The talk show host was praised for posing balanced questions and creating an intimate conversation, however, Winfrey refused to take credit for the interview and said it was the couple’s decision to speak openly that made it so impressive.

She then revealed she warned her crew against leaking the content of the interview before it went to air because the couple’s claims could have been “misconstrued”.

What Did the Sussexes Say?

As mentioned before, the tell-all interview has become as polarising as Prince Harry and Meghan Markle’s decision to quit the Royal Family in January 2020. During the interview, which according to CBS TV, was viewed by almost 50 million across the globe, the pair made several sensational claims against the Royal Family.

The most explosive claim, however, was made by Meghan Markle. The Duchess, who is half black, alleged that one member of the family was concerned about the potentially dark skin of their first child, Archie.

The pair refused to reveal the identity of the royal, but later off air told Winfrey that it was not the Queen or her late husband Prince Philip.

Other claims made during the interview include:

The allegations caused an uproar across the globe and prompted calls to abolish the monarchy in the United Kingdom. Numerous celebrities and high-profile figures showed support for the couple, while others criticised the Sussexes, questioning the veracity of the accusations and the pair’s motives.

How Did Buckingham Palace Respond?

The Royal Family released a statement saying it would privately address the shocking allegations of racism. The palace called the accusations “concerning” and said the whole family is “saddened to learn the full extent of how challenging the last few years have been for Harry and Meghan”.
Prince William, Prince Harry’s elder brother, dismissed Meghan’s accusations in a conversation with reporters, saying: “We are very much not a racist family”.