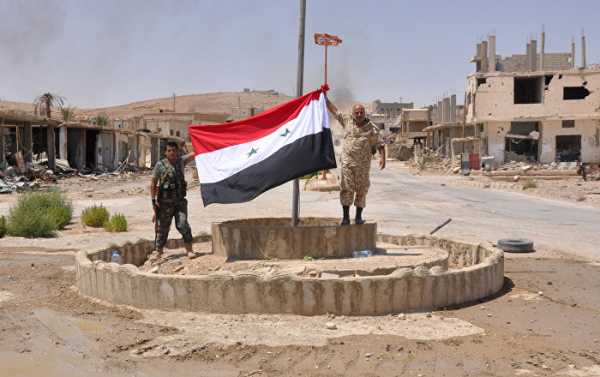 Russian Deputy Foreign Minister Mikhail Bogdanov has commented in an interview with Sputnik on the situation with the peace process in Syria, the Libyan conflict and the work of the Russian oil companies in Iraq.

MOSCOW (Sputnik) — The establishment of a fifth de-escalation zone in Syria is being discussed in the framework of the Astana peace talks, Minister Mikhail Bogdanov told Sputnik.

“As for the establishment of a new de-escalation zone, it remains in the focus of Astana meetings,” Bogdanov said.

Bogdanov went on to say that the Syrian constitutional reform will be discussed during the next round of the talks, saying “there is the need to talk on the coordination of efforts on support and shifting to the implementation of the agreements, reached during the Syrian National Dialogue in Sochi.” 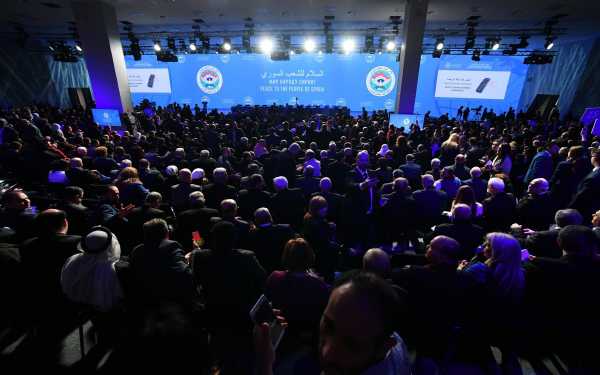 Moscow believes that it is very important that the Astana talks participants address the humanitarian aspects of the Syrian crisis settlement, he pointed out.

“Among them is the issue of strengthening trust between the Syrian sides. Particularly, the working group on the issue of those detained and arrested has been created,” the diplomat noted.

Commenting on the Astana talks, the diplomat noted that the results of the previous summits were impressive especially what concerned the establishment of a ceasefire regime and de-escalation zones.

“There is a necessity to maintain and continue the application of this tool to promote and restore peace in Syria via political settlement… The Astana format is not substituting the Geneva process, but compliments and stimulates it,” Bogdanov pointed out. 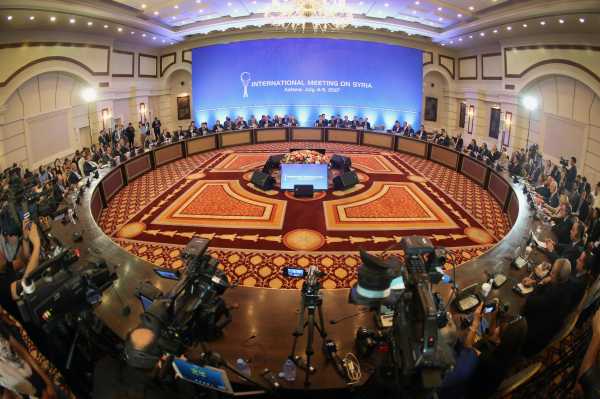 A picture shows a general view during a fifth round of Syria peace talks on July 5, 2017, in AstanaSince the beginning of the Astana talks, four de-escalation zones have been established in Syria, namely, in Idlib and parts of neighboring Latakia, Hama, and Aleppo provinces; in the north of the central Homs province; in Eastern Ghouta near Damascus and in certain parts of the country’s southern Daraa and Quneitra provinces.

Bogdanov has said the next round of Astana talks will take place soon but hasn’t specified the date.

Russia has not been working on any plans for Libyan settlement or discussing the issue with other countries, Bogdanov said.

“We never put a task to work out and implement some schemes to settle the crisis in Libya, plans for post-conflict settlement in various spheres. So, we have not held talks with anyone and are not going to,” Bogdanov said. 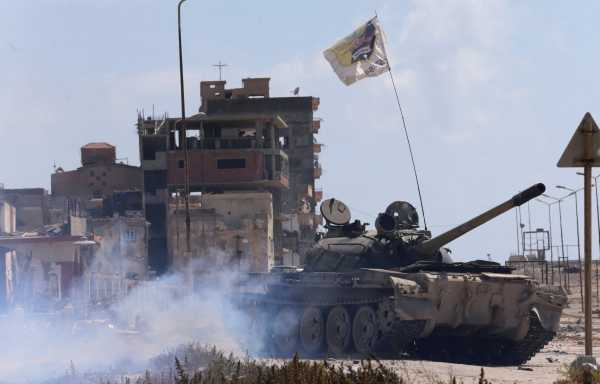 A tank of Libyan National Army (LNA) is seen during clashes with Islamist militants in their last stronghold in Benghazi, Libya, July 6, 2017

The diplomat noted that Russia had always insisted that Libyans should decide the fate of their country on their own.

Since 2011 Libya has been in a state of turmoil. A civil war broke out in the country after long-standing leader Muammar Gaddafi was overthrown.

The Iraqi federal authorities are helping the Russian oil companies, working in the country, to solve problems in their operating activities, which had emerged due to the restrictions imposed on the Kurdish autonomous Erbil region, Bogdanov said.

On September 25, the Kurdistan government held an independence referendum in the region as well as several disputed areas. At the vote, over 90 percent of the Kurds backed secession from Iraq. Baghdad opposed the move and subsequently imposed a number of restrictions on Kurdistan, including shutting down of the region’s border posts and blocking its international air traffic.

“As for the Russian companies, they continue conducting business in Iraq and the Kurdish autonomous region as its part with a special status. All the problems in the operating activities, which have arisen due to the restriction measures, imposed on Erbil, are settled one way or another in cooperation with the Iraqi federal authorities, expressing the understanding of the difficulties, which the foreign entities working in the country face,” he stated.

In 2017, Russia’s Rosneft company and the Iraqi Kurdistan regional government concluded the agreement on cooperation in energy area and contract on oil purchase and sales for the period between 2017 and 2019. The parties also started implementation of the project on using an oil pipeline in the region.

As Pfizer Side Effects Emerge, Why Is the West Still Overlooking Russian Anti-Covid Vaccines?

Trump’s Farewell Address: ‘Especially Proud’ to Be 1st President ‘in Decades’ With ‘No New Wars’