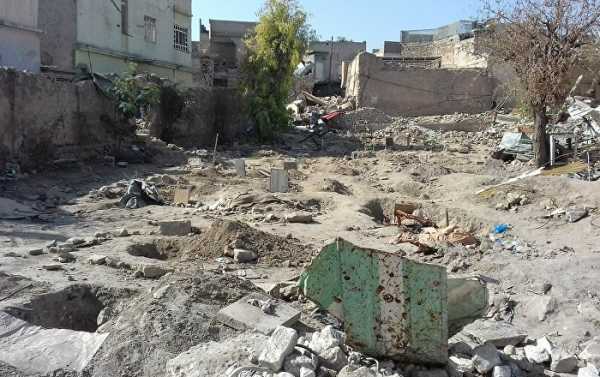 Constant fighting and shelling have forced Mosul residents to use an old and previously closed Jewish cemetery located in the city’s old quarter on the western bank of the Euphrates.

The old Jewish cemetery in Mosul was officially closed in 1948. After Daesh (ISIL/ISIS) terrorists seized control of the city, they desecrated the cemetery by tearing down gravestones and digging up graves, ultimately seeking to turn the site into a public park.

But when the city was besieged by advancing US-coalition forces, the locals had no other choice but to ‘reopen’ the cemetery because it was virtually the only place in Mosul where they could safely bury their dead. 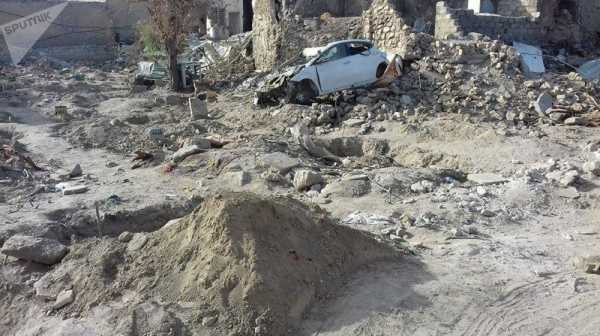 “Sometimes we had to bury from 3 to 6 bodies a day at this cemetery,” local resident Mahmud Shukr, 50, told Sputnik Arabic. “We chose this old cemetery because it is completely surrounded by buildings so we could move unseen. We couldn’t reach the main cemetery due to constant [US-led] coalition airstrikes.”

According to him, trying to move in the open was near-suicidal because coalition forces were tirelessly pounding the city, while Daesh snipers were shooting at anything that moved. 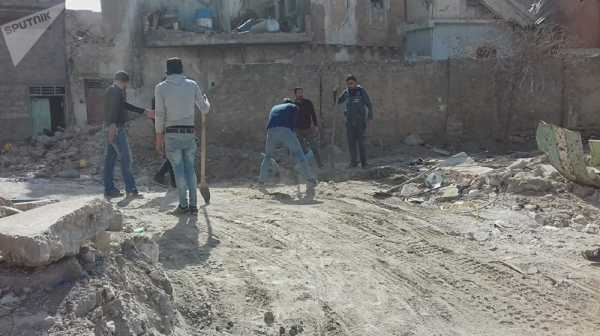 “The cemetery is small, less than 1,000 square meters. We buried over 150 bodies here, from al-Mahad district and the neighboring city blocks. There are children, elderly, men and women resting here now. My cousin is also buried here,” Mahmud added.

The locals said that activists managed to partially clear the rubble from the streets leading to the Jewish cemetery so that the relatives of those interred there can now come and recover the remains of their kin to have them properly buried in family graves.

There are currently forensic experts working on site as not all of the bodies buried at the cemetery have been identified yet.