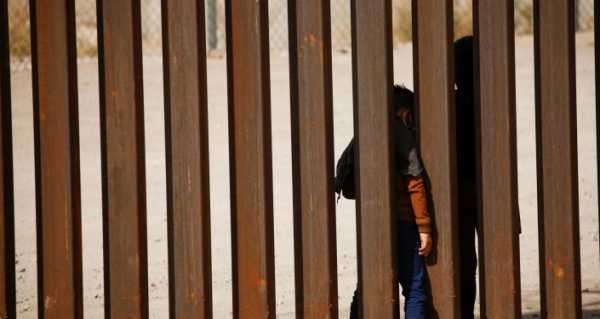 Over the last several months, agents with the US Customs and Border Protection (CBP) have documented a massive surge in attempted crossings at the US-Mexico border, with the number of cases increasing each month. Officials have indicated that the current border spike will be the most severe in over 20 years.

The number of migrants encountered at the US’ southern border have continued to skyrocket, with officials taking into custody nearly 19,000 unaccompanied children during the month of March, a CBP report released on Thursday has revealed.

The agency noted in its release that Border Patrol encountered more than 172,000 individuals seeking entry along the US-Mexico border, underscoring that the March figures show a 71% increase from data released for the month of February.

An unidentified Biden administration official who spoke to NPR informed the outlet that “the levels of flows pose a challenge to Border Patrol, but the high level of recidivism means that we can’t look at those flows as individual people.”

“It’s often the same people coming back through,” the individual reiterated.

Asylum-seeking migrants’ families queue to board a bus as they wait to be transported by the U.S. Border Patrols after crossing the Rio Grande river into the United States from Mexico in Penitas, Texas, U.S., March 26, 2021.

“Although less than 11% of encounters in March were unaccompanied children, they make up the largest demographic group of individuals in custody at CBP facilities,” officials explained in the Thursday release.

While the report indicates that housing for minors has been expanded due to the border uptick, the Biden administration has encountered several setbacks on the matter, with max capacities and temporary stay limits being repeatedly exceeded by facilities attempting to meet demand. Concerns regarding child abuse have also emerged.

During a Wednesday conference, Abbott ordered both the Texas Department of Public Safety and the Texas Rangers to investigate the allegations, which also claim that minors housed at the San Antonio venue are not being separated from children who have tested positive for COVID-19.

Linda, an asylum-seeking migrant from Honduras, awakes at sunrise next to others who took refuge near a baseball field after crossing the Rio Grande river into the United States from Mexico on rafts, in La Joya, Texas, U.S., March 19, 2021.

“The Biden administration opened the borders and failed to plan for the influx of unaccompanied children crossing the border, and now we are faced with our worst fears – allegations of child abuse and neglect,” Abbott said in a statement. “[US] President [Joe] Biden’s disastrous decisions caused this crisis, and his administration must act now to protect these children, secure the border and end this crisis.”

Abbott’s move stands out as the first time that a state official has announced an investigation into an intake facility established by the US government.

The CBP report states that recent spikes in migration to the US-Mexico border have undergone an increase since at least April 2020 as a result of violence, food insecurity, poverty and several natural disasters which wrecked much of Central America with back-to-back hurricanes.

The latest findings came as US Vice President Kamala Harris has been tapped to serve as the point person for handling the Biden administration’s response to the migrant crisis. Earlier reports state that Harris will follow a two-pronged effort to curb illegal crossings, one of which will work to address the root causes of migration.