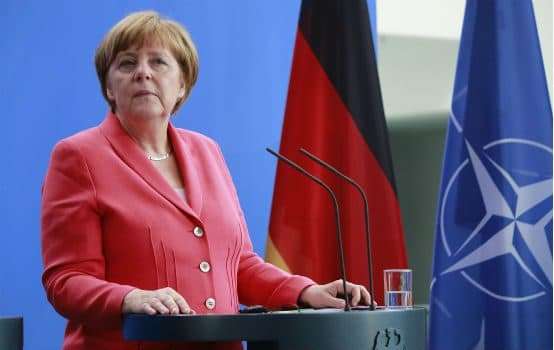 On January 17, Petr Pavel, a Czech army general and NATO’s military committee chairman, led meetings with his counterparts from Ukraine and Georgia, which he tweeted were “Sessions dedicated to Projecting Stability.” Yet while NATO’s collaboration with nations historically intertwined with Russia could lead to a number of possible outcomes, “stability” seems the least likely one. Like so much of what the alliance does, the purpose of these meetings is to push the alliance ever eastward.

That raises a question. Why should Americans participate in an alliance in which a general—from a minuscule military power that spends 1 percent of its GDP on defense—hosts a meeting that is more likely to provoke a catastrophic U.S.-Russia war than to prevent one? As Ted Galen Carpenter recently explained here at TAC, this is the dangerous calculus that results from interlocking the United States with so many NATO nations, including some that Moscow regards as within its sphere of influence.

Let me offer another reason to be skeptical about the long-term future of U.S. participation in the Western alliance: the West is dying. The historical and cultural legacy that animated Western civilization is atrophying. This is particularly the case in Western Europe, where elites see nothing particularly valuable in their cultural heritage, which will increasingly make them unreliable partners to the United States. How can a Western alliance be maintained when less and less remains of common, distinctly Western values and ideas?

At the end of the Cold War, the late Harvard historian Samuel Huntington pointed out that the world was reorganizing itself along civilizational lines and that cultural commonalities were replacing Cold War alliances. Western European nations signed the Maastricht treaty, Russia rebuilt its Orthodox cathedrals, Islam experienced a historic reawakening, and China rediscovered Confucius. Huntington therefore recommended that NATO serve as “the security organization of Western civilization.”

According to Huntington, the Western heritage is rooted in “Greek philosophy and rationalism, Roman law, Latin and Christianity,” a common culture with penchants for the separation of “spiritual and temporal authority,” the rule of law, representative governments, and civil liberties. In the post-Cold War world, Huntington advised that the West reanimate its principles and avoid meddling in the affairs of other civilizations that were rediscovering, and taking pride in, their own traditions.

Because Western elites, the “Davos men,” do not cherish or even particularly admire the unique Western cultural inheritance—Christianity in particular—they did not see civilizational criteria as a basis upon which the West should form post-Cold War alliances. We have thus done precisely the opposite of what Huntington recommended: we have meddled, sometimes aggressively, in other civilizations, and we have repudiated more and more of our own heritage, replacing it with a mishmash of multiculturalism, universalism, globalism, and anti-Christianity. And with our worldwide meddling and fading fondness for civil liberties has come the national security behemoth, weakening our commitment to freedom, privacy, and the rule of law. The recent FISA scandal is another reminder of the legacy that we are squandering.

Because Western elites no longer recognize and respect the unique characteristics of their own civilization—let alone those of competing civilizations—the foreign policy of the West has been marked by ineptitude. For example, as ethnic and religious aspirations came to the fore in the former Yugoslavia, NATO fought to keep the country intact, and, when that failed, essentially allied itself with Bosnian Muslims whose other friends included Iran, Saudi Arabia, Pakistan, and al-Qaeda. We launched a massive invasion of Iraq in the heart of Islamic civilization that provoked the entire Muslim world. We sponsored an anti-Russian coup in Ukraine, a nation so closely tied to Orthodox civilization that its capital, Kiev, has historically been described as “the mother of all Russian cities.”

This civilizational cluelessness has also marked Western mismanagement of the NATO alliance. Had elites understood in 1990 that NATO was no longer an anti-Soviet bloc but the “security alliance of Western civilization,” huge changes would have been made at the end of the Cold War and afterward. Turkey, an increasingly authoritarian country that is aspiring to a leadership role in the Islamic world, is a sponsor of terrorism and is overtly hostile to the United States; it should hardly be a NATO member, its strategic position and large army notwithstanding. China has both a strategic position and large army, and no one would argue that it would be a constructive NATO member. Macedonia, a corrupt and unstable nation with an Orthodox majority and a Muslim minority, shouldn’t have been considered for membership either. Finally, Western leaders should never have pushed to admit Georgia and Ukraine, and they should not now be playing footsie with those countries’ generals. Any statesman with civilizational awareness would have recognized and respected the historically rooted interests and prerogatives of the leader of the great Orthodox civilization, Russia.

But nothing highlights the civilizational cluelessness of Western elites quite like the deliberate facilitation of mass Islamic migration into Europe. When a leader such as Angela Merkel defends Islamic migration on economic and multicultural grounds, she shows herself to be simply ignorant about what made Western civilization distinctive and successful and what is now threatening it. The embers of our heritage will ultimately burn out in nations like Germany, where domestic politics will trend toward ambivalence about NATO. A demographic profile with large blocs of Muslim voters will transform the geopolitical views of the political classes in a number of Western countries. (The political implications of Islamic migration for Europe are presaged in Michel Houellebecq’s controversial novel Submission.) Some Western nations, it seems obvious, will no longer support a Western alliance because they will no longer be Western. One can envision a time when certain Eastern European countries, which still cherish their heritage, will be the only reliable alliance partners. NATO, famous for scenario planning, ought to plan for that, rather than covetously eyeing Vladimir Putin’s neighbors.

William S. Smith is research fellow and managing director at the Center for the Study of Statesmanship at The Catholic University of America.