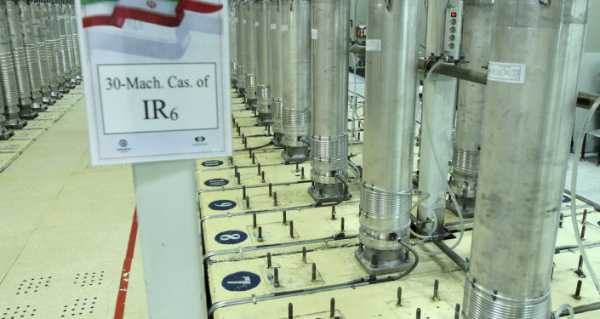 Although sabotage attacks targeting Iranian scientists and nuclear sites definitely inflicted some damage, they haven’t changed the bigger strategic picture, says Iranian journalist and security analyst Mahan Abedin, adding that the Islamic Republic will continue to enrich uranium until the US sanctions are verifiably lifted.

On 11 April, a blast supposedly damaged thousands of IR-1 uranium enrichment centrifuges at the Natanz nuclear site. While it was initially believed that the site was subjected to a cyber-attack, it was later reported that the act of sabotage was performed with the use of explosives. The incident was described as “nuclear terrorism” by Ali Akbar Salehi, the chief of the Atomic Energy Organisation of Iran (AEOI), who stressed that Tehran reserves the right to retaliate.

Tehran pointed the finger at Israel, but the latter refrained from comments. For its part, Washington distanced itself from the incident although Politico did not rule out that the US government may have received a notification, “possibly a veiled one, at some level”.

The explosion came amid the US-Iranian indirect talks over the resumption of the 2015 Joint Comprehensive Plan of Action (JCPOA), torn apart by the Trump administration in 2018. The Jerusalem Post believes that the attack sought to weaken Tehran’s negotiating position.

However, it appears that the Islamic Republic’s rivals have seriously miscalculated the effect of the attack, as Tehran is due to introduce 1,000 more brand new modern centrifuges and step up enrichment up to 60 percent, says Mahan Abedin, an Iranian journalist and security analyst.

Sputnik: Do you believe such incidents could increase, given that a number of Persian Gulf states and Israel oppose the resumption of the 2015 JCPOA? How could this affect US-Iranian talks?

Mahan Abedin: Certainly based on the past behaviour and malevolence of Israel, we can expect these sabotage operations to continue. However, I believe that at some point – and not in the too distant future – the Iranian security apparatus will close all the existing loopholes and thus prevent these attacks from taking place. The sabotage operations will adversely affect the diplomatic track if the US side treats them as leverage. The bottom line is that while sabotage operations aimed at infrastructure and the assassination of nuclear scientists undoubtedly inflict damage, the damage is limited to the operational and tactical levels. They do not change the bigger strategic picture. Equally important, they do not change Iran’s strategic calculus.

Sputnik: In March 2021, Washington and Tehran resumed indirect talks over the 2015 JCPOA. However, at the beginning of April, Iran started testing its IR-9 centrifuge, which would accelerate uranium enrichment. What’s your take on the progress made by the parties so far? Could Iran’s testing of new centrifuges derail the talks or does it provide the Islamic Republic with an additional bargaining chip?

Mahan Abedin: Iran’s position is very clear: the United States has to verifiably lift all nuclear-related sanctions (and those additional sanctions which were imposed by the Trump Administration) before Iran considers returning to full compliance with the JCPOA. Unless and until the US gives that guarantee and then acts on it, there will not be any progress. It is for this reason that Iran refuses to negotiate directly with the US: if the Americans are sincere, they’ll shift their position first. Iran will continue to enrich Uranium at high levels (60% effective from today) until the sanctions are verifiably lifted. To that end, enrichment at high levels clearly constitutes leverage for the Iranian side.

Sputnik: On 27 March, Iran and China signed a $400 billion deal which envisaged the People Republic launching a massive investment initiative in the country, which would take place over the next 25 years. How could this deal help Tehran fight the consequences of Washington’s embargo? How could it affect Tehran’s position in the ongoing US-Iranian talks?

Mahan Abedin: The Sino-Iranian Comprehensive Strategic Partnership is not aimed at overcoming difficulties in other areas, not directly anyway. It is a strategic partnership in its own right that is set to benefit both powers in a wide range of economic, financial and political domains. The Iranian side does not view this agreement as leverage or even potential leverage in the talks related to the JCPOA.

Sputnik: On 12 April, The Hill suggested that China and Russia “could keep Iran” from building a nuclear bomb. Does it mean the US foreign policy establishment realises that it can’t strike meaningful international deals unilaterally, without holding a dialogue with Tehran, Beijing, and Moscow?

Mahan Abedin: The era of US unilateralism ended a long time ago, that is, if it ever existed in a meaningful sense in the first place. To solve major international disputes and potential conflicts, the US has to establish dialogue not only with peer powers such as China and Russia, but also with regional powers like Iran. The problem is that some elements in Washington still cling to the notion of US exceptionalism and that is inimical to the spirit of international cooperation and dialogue.