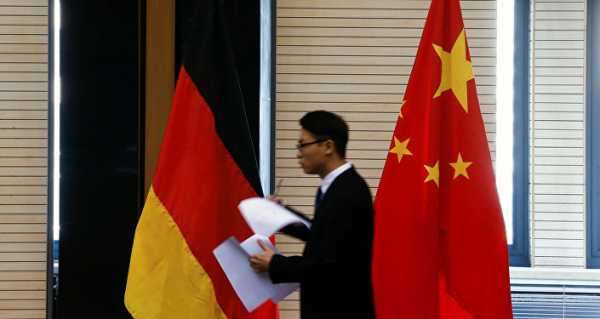 On Sunday, the Financial Times outlined a draft European Commission plan for a post-Trump America and Europe to refresh their alliance and refocus their efforts to curb the “strategic challenge” said to be posed by China’s “growing international assertiveness”.

German Chancellor Angela Merkel has announced that Europe will have to find a “balance” between the promotion of its democracy and human rights values and the economic interests of doing business with China.

“We must define our own European interests, and this includes common ground [with China] on foreign policy, on economic policy and digital policy and many more,” Merkel said, speaking to European lawmakers in a human rights issues-related videoconference on Monday.

Merkel’s comments follow reports last week that Berlin was interested in helping large German industrial interests including automakers strengthen their ties with China amid the Asian nation’s faster-than-expected recovery from the coronavirus crisis.

According to recent data from Germany’s Federal Statistics Office, China has outpaced France in German exports by total value, and has rapidly gained on the US in the first nine months of 2020. Figures show that the Federal Republic’s exports to the People’s Republic jumped upward by 10.6 percent to 8.5 billion euros in September 2020 year-on-year, and exports to the US dropped by 5.8 percent to 9.3 billion euros during the same period. Imports from China increased 3 percent during the same period.

In October, China reported third-quarter GDP growth of 4.9 percent, a respectable showing compared with other major economies, including the US, the EU, Japan, India and Russia, who experienced declines of 2.9 percent, 4.4 percent, 4.9 percent, 7.5 percent and 3.6 percent, respectively.

Despite the optimistic German-Chinese trade trends, the Financial Times has reported that a draft plan for a post-Trump presidency put out by the European Commission is seeking to rebuild US-European ties at China’s expense, including through the strengthening of co-operation on issues ranging from the tech sector and digital regulation to the coronavirus, and ‘shared democratic principles’.