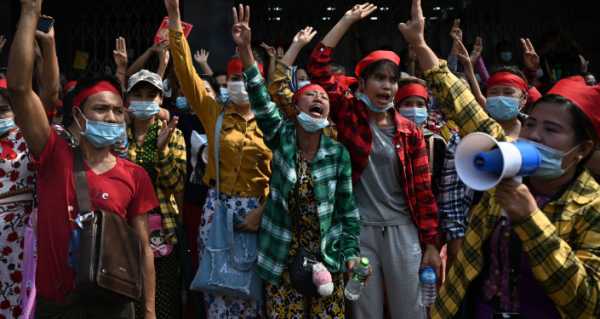 Police and protesters clashed several times during the previous rounds of mass desmonstrations, with law enforcement officers using water cannons and rubber-coated bullets to disperse the crowds. At the same time, the military has ordered internet providers to block access to Twitter, Instagram, and Facebook in a bid to curb the unrest.

Sputnik is live from Yangon, Myanmar, as the city is being hit by protests against the military coup that occurred earlier this month. The armed forces previously introduced a year-long state of emergency and arrested State Counsellor Aung San Suu Kyi and members of her government, accusing the National League for Democracy (NLD) of electoral violations during the November 2020 vote.