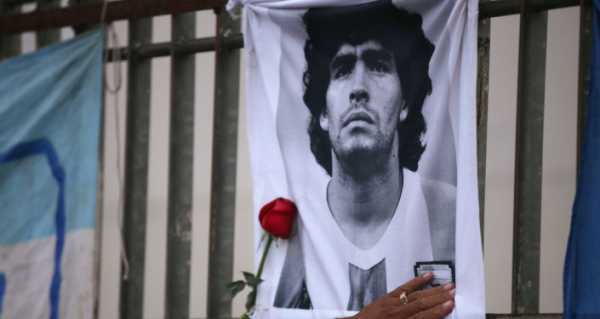 This cemetery was chosen as Diego Maradona’s parents are buried there. ​Images of the moment when Maradona’s family and friends were taking his body to Bella Vista cemetery were shown on Twitter.

​The iconic forward passed away on Wednesday at the age of 60 from cardiac arrest. Two weeks before his death, Maradona was discharged from a hospital where he had undergone brain surgery to remove a blood clot due to a subdural hematoma.

Clashes and riots engulfed Buenos Aires on Thursday amid the farewell ceremony. At least nine people have been detained over the unrest while many people, including an RT correspondent and cameraman, sustained injuries.