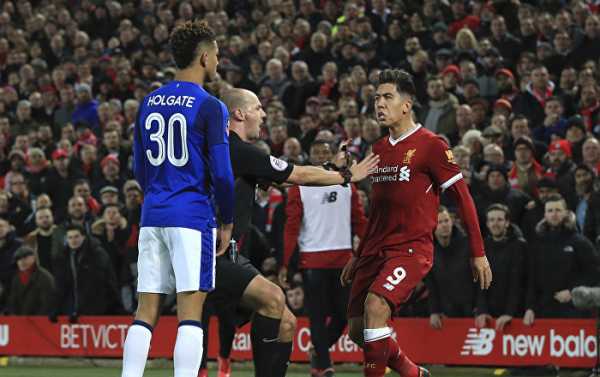 Dutchman Van Dijk, who was penalized for a challenge on Argentine international Erik Lamela, felt the referee was tricked twice. He also said that Spurs striker Harry Kane dived for an earlier spot-kick.

Van Dijk was just as critical of the second decision, which came after Lamela theatrically collapsed under his challenge.

“For the second penalty, I see him coming and I try and hold my leg in, he just pulled his body in front of the ball and he goes down,” he added.

Van Dijk believes that neither penalty should have been given.

Harry Kane later hit back at Van Dijk’s claim he dived to win a penalty.

“[Liverpool goalkeeper Loris] Karius has dived, he got in the way and I’m a player. I’m not going to jump out of the way because it’s football,” said Kane, denying Van Dijk’s accusation. “I definitely felt contact and I went down.”

The FA will now have to decide whether to take retrospective action against Kane or Lamela, with both penalties likely to be reviewed by an independent panel.

Mohamed Salah opened the scoring for Liverpool in the third minute but, seven minutes later, Tottenham’s Victor Wanyama equalized with a stunning strike into the Liverpool keeper’s top corner from 25 yards.

Salah then scored again, restoring Liverpool’s lead in stoppage time. Moments before the final whistle, however, Harry Kane dispatched a second penalty with virtually the last kick of the game to seal a point against Liverpool in an incredible finale.

Sunday’s draw apparently brought satisfaction to Tottenham Spurs, as defeat would have left them five points adrift of Liverpool in the race for a place in next season’s Champions League.

Liverpool remains third in the Premier League table, two points ahead of Tottenham in fifth.