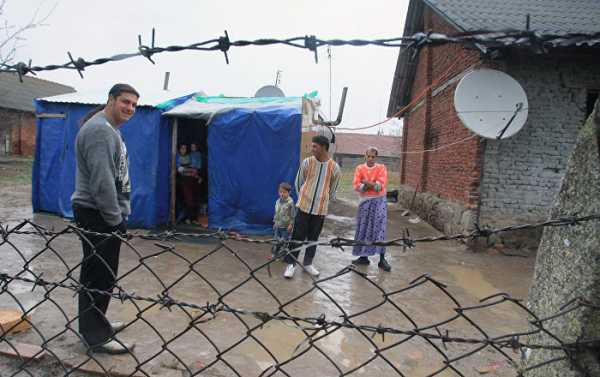 Kosovo media are reporting an increase in the number of Albanians applying for Serbian passports which they then use to leave Kosovo and try to make money in Western Europe, while Brussels is still not ready to introduce visa-free regime with Kosovo 10 years after it declared its independence.

As a local politician in Pristina, Ljubinko Karadzic, explained in an interview to Belgrade’s “Evening News,” citizens of Kosovo often renew their Serbian passports, but there are also many young people Albanians who are receiving a Serbian passport for the first time.

Albanians with Serbian passports and registration in Kosovo, unlike residents of other regions of Serbia, cannot enjoy the benefits of the so-called white Schengen list and travel to Schengen countries without visas. To do this, they need to obtain registration in Serbia, which some Kosovo Albanians successfully do — in the southern regions of the country populated by fellow Albanians.

So what makes Kosovo Albanians apply for a Serbian passport? The reason is that the “Republic of Kosovo” does not provide its citizens with visa-free travel to Europe. The Prime Minister of the self-proclaimed republic, Ramush Haradinaj had promised that citizens of Kosovo will be able to travel to Europe without visas by the end of March 2018, that is, ten years after the declaration of “independence.”

However, instead of visa liberalization, Pristina received a statement from European Commissioner for Enlargement and Neighborhood Policy, Johannes Hahn that in essence, called on Kosovo to fight more stringently against organized crime.

It should be noted that this is not the first time Serbian passports are in such high demand. Back in 2010, in the second year after the “Republic of Kosovo” declared its independence, the “Koha Ditore” publication wrote that Kosovo Albanians were willing to pay €5,000 each in order to receive the desired biometric passport of the “neighboring state.” And in February 2015, Serbian Interior Minister Nebojsa Stefanovic, said that at the time they received about 60,000 applications for Serbian passports from Kosovo Albanians.

Political scientist Dragomir Andjelkovic told Sputnik that all this indicates the failure of the independent Kosovo state project.
“A country that, with the support of the West, cannot ensure visa liberalization and offer something to its younger generation, is faced with the fact that the residents, despite their negative attitude towards Serbia, decide to obtain Serbian citizenship,” he said.

According to him, it is not only about the “economic escape” from their quasi-state, but also about the adoption of the citizenship of a country that many Albanians are forced to view as “an enemy state.

Three years ago Serbia tightened control over the issuing of passports fearing that the departure of a large number of Albanians with Serbian documents to Europe could jeopardize its own visa-free regime with the European Union.