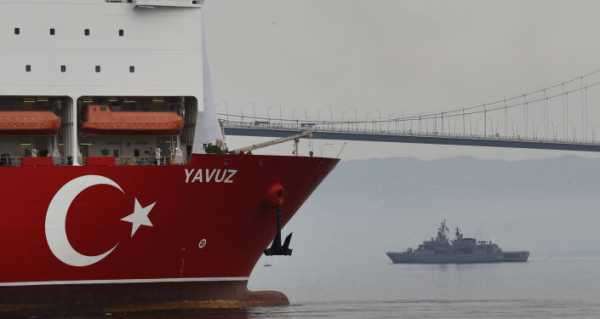 This is not the first time a Turkish ship is suspected by European maritime forces of attempting to smuggle in weapons to the civil war-torn state in violation of the UN Security Council ban on armaments shipments to the country. Ankara, who pledged its help to the Tripoli-based Government of National Accord, condemns such inspections.

Turkey has summoned the EU’s envoy, Italy’s ambassador, and Germany’s charge d’affaires over an attempt to search a Turkish ship in the Mediterranean Sea due to a possible attempt to smuggle weapons into Libya, the Turkish Foreign Ministry announced. Ankara labelled the attempt to search its vessel as a breach of international law.

Berlin previously condemned Turkey for not allowing its warship the Hamburg, which is part of an EU mission aimed at preventing weapons smuggling operations in the Mediterranean, to fully inspect the Turkish cargo ship M/V Roseline A, which was sailing under the Turkish flag.

Ankara insists that the cargo ship was carrying only paint materials and humanitarian aid to the Libyan port of Misrata. Turkey’s Foreign Ministry condemned the actions of the German ship and called the “purpose and benefits” of the EU’s Operation IRINI “questionable”. In addition, the ministry insisted that even though the operation is being conducted in order to enforce a UN Security Council ban on all weapons shipments to Libya, the UNSC resolution does not give the EU the right to inspect commercial ships without the consent of their flag state.

In June 2020, France and Turkey also clashed over Ankara’s forces preventing a French Navy vessel from conducting an inspection of a Libya-bound Turkish ship. Paris accused Ankara of engaging in “aggressive” actions and of alleged violations of the UN embargo on weapons shipments to Libya’s warring parties.

The embargo was introduced as a means to end the nearly decade-long domestic conflict in Libya, as it remains divided between several armed factions. The biggest of them are the UN-recognised Government of National Accord (GNA) with its capital in Tripoli and the Tobruk-based House of Representatives, which is represented by the Libyan National Army. While the UN has urged all countries to stay away from the conflict, Turkey has pledged to provide assistance to the GNA, which it sees as the only legitimate government.