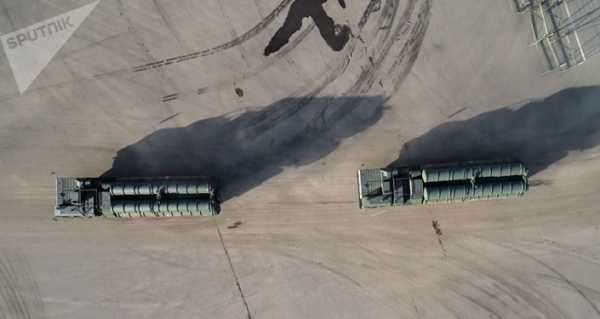 The acquisition of the Russian air defence systems by Turkey met with severe opposition from Washington, which threatened to impose sanctions on Ankara. This, however, did not stop Turkey from buying them and reportedly testing their functionality recently.

Reports that Turkey considers the purchase of S-400 air defence systems from Russia a “mistake” are not true, a Turkish diplomatic source told Sputnik.

Several Russian media outlets earlier claimed that Ankara considers the purchase of the cutting-edge defence system a “mistake”, despite reportedly conducting successful trials in October this year. According to the reports, even though the system has broad capabilities, Ankara purportedly found the S-400 ineffective.

Turkey continues to face strong opposition from Washington over its use of the S-400s, as the US claims the system is not compatible with the NATO defence grid and poses danger to the fifth-generation F-35 fighter jet. US officials have alleged that the system might detect vulnerabilities in the jet’s stealth and pass on information about these to Moscow, despite both Turkey and Russia denying the possibility of such a scenario. Ankara has refused to abandon the S-400s, arguing that it is the country’s sovereign right to equip itself for defence purposes.

The White House has refused to sell F-35s to Turkey over its acquisition of the Russian air defence systems and threatened to slap economic sanctions on the country if it activates and deploys them. According to several media reports, Turkey conducted trials of the S-400s in October 2020, where they successfully intercepted and downed their designated aerial targets. Ankara did not confirm the reports amid the US renewing its threats of sanctions and linking their possible introduction against its NATO ally with confirmation of information about S-400 tests taking place in Turkey.