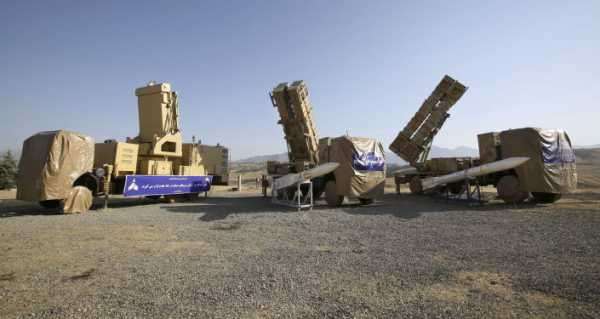 The Islamic Republic has made significant strides in creating a range of domestically-made sophisticated weapons systems in recent years, in the face of increasing tensions with the US that were exacerbated by Washington’s unilateral exit from the 2015 Iran nuclear deal.

Tehran has presented an array of new military equipment developed by local experts at the Research and Self-Sufficiency Jihad Organisation of the Army Ground Forces, the Iranian news agency Tasnim reports.

Another piece of equipment pertains to an alarm system for the detection of laser-guided weapons and airborne threats that can tackle an enemy’s short-range air defence systems.

One more hardware piece is the micro turbojet engine Ranesh-1, which can be used in various UAVs, light aircraft, unmanned boats, and missile systems.

The past few years have seen the Islamic Republic roll out a whole array of advanced domestically-made military hardware, including drones and missiles, amid growing tensions between Tehran and Washington.

The tensions have been in place since Washington’s unilateral withdrawal from the 2015 Iran nuclear deal, also known as the Joint Comprehensive Plan of Action (JCPOA), and the reinstatement of crippling American economic sanctions against the Islamic Republic in May 2018.

The tensions escalated in early January 2020, when top Iranian General, Qasem Soleimani was killed in a US drone strike authorised by then-President Donald Trump.