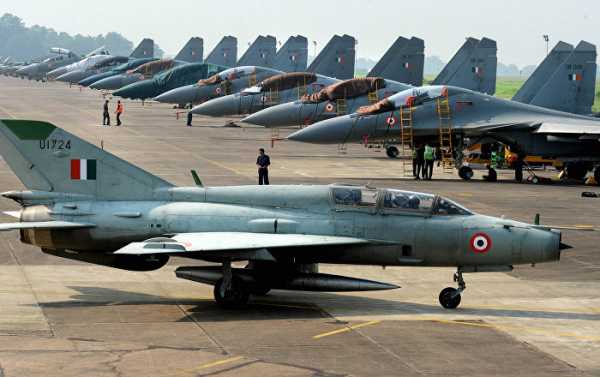 On 26 February, the Indian Air Force (IAF) launched an airstrike targeting a suspected terrorist training camp on the Pakistani side of the border in response to a mid-February terrorist attack conducted by a Pakistan-based terrorist group.

Indian Minister of Home Affairs Rajnath Singh has announced that his country carried out three strikes on foreign states’ territory within the last five years, however, he refused to provide details of the latest attack, the NDTV broadcaster reported.

“During the last five years, we had crossed the border three times and successfully conducted attacks. I will tell about two of them, but I will be silent with regards to the third one. When terrorists from Pakistan killed our soldiers in the city of Uri, our military servicemen responded to the attack. The next case was after the terror incident in Pulwama district. The third one, I will not disclose,” the minister stated during a rally in Mangalur.

Rajnath Singh’s comment comes just weeks after the Indian military launched an air strike against suspected terrorist training camps on the Pakistani side of the border in Kashmir, with Islamabad accusing New Delhi of violating the country’s territorial integrity and sovereignty.

The following day, Pakistan downed an Indian MiG-21 jet and captured its pilot in a dogfight with India, which also resulted in the downing of one Pakistani F-16. The Indian pilot was later released by Islamabad as a “peace gesture.”

Tensions between India and Pakistan dramatically escalated after a Pakistan-based terrorist group affiliated with al-Qaeda* carried out a deadly car bomb attack against Indian military forces in Kashmir, killing at least 40 troops, with India blaming Islamabad for inability to take action against Jaish-e-Mohammad that claimed responsibility for the bombing.