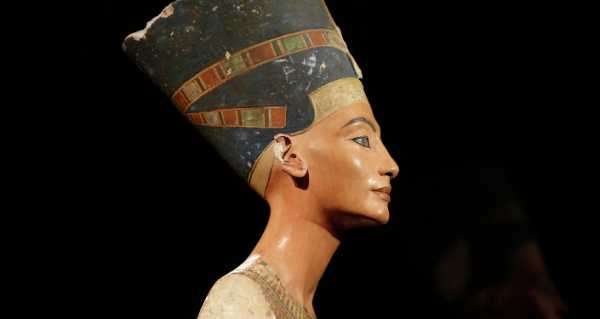 Little is known about Akhenaten and Nefertiti, who were King and Queen of Egypt at the end of the 18th Dynasty. In 1912, during excavations at Tell el-Amarna, archaeologists discovered a statuette of the couple, dating back to the 14th century BC.

Dutch artist Bas Uterwijk has tried to find the answer to the question which has been puzzling Egyptologists and art lovers for centuries: what did Nefertiti really look like?

Historians say that the Queen of Egypt was nicknamed “Nefertiti” which is literally translated as “a beautiful woman has come”.

Uterwijk used a form of artificial intelligence which allowed them to analyse portraits, sculptures and engravings and transmit the data to a modern photographic interpretation.

The artist, however, admits that his portraits rely more on his personal impressions.

The artist explains why he was drawn to this ancient Egyptian couple.

Uterwijk has more than 49,000 followers on Instagram where he gets feedback for his works of art. Some viewers criticise him for portraying historical figures in the way he does, saying his interpretation is not truthful.