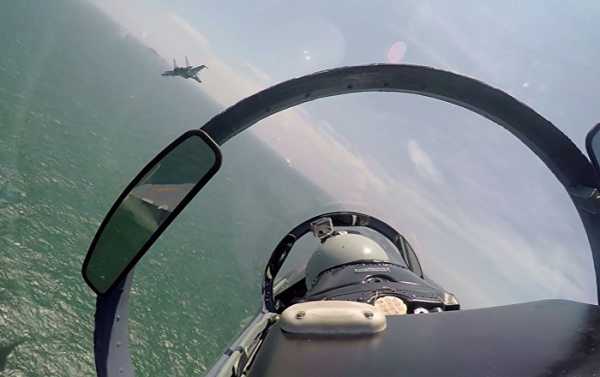 The US efforts to perpetually fuel tensions in the South China Sea region could soon be brought to an end, as ASEAN nations and Beijing are negotiating a code of conduct for situations in the air and in the sea to prevent dangerous incidents, RIA Novosti political observer Dmitry Kosyrev noted.

It appears that the Association of Southeast Asian Nations (ASEAN) is about to deprive the US of its role of an influential arbiter in the South China Sea, RIA Novosti political observer Dmitry Kosyrev writes, referring to the February 7 Singapore meeting on a code of conduct (COC) to manage unexpected situations in the skies over the troubled region.

According to the South China Morning Post, China and ASEAN signed a code of conduct for “unexpected encounters on the water” in the South China Sea in February 2018. Likewise the 10-member bloc is seeking to implement the same approach for the region’s skies.

China, Malaysia, Brunei, Vietnam and the Philippines have claims for different areas of the South China Sea and its reefs and islands and so does Taiwan.

“The code of conduct in this situation is absolutely essential,” Kosyrev noted, adding that the participants of the Singapore summit agreed to adopt the draft document on the issue by October 2018.

However, the problem is that once the comprehensive code of conduct in the South China Sea is adopted by the parties concerned no one would need Washington’s helping hand any more, the journalist underscored.

According to Kosyrev, the US foreign policy in the Asian Pacific region, dubbed “the Asian Pivot” by the Obama administration, envisaged immediate interference in case any of Washington’s partners or allies among ASEAN nations is “offended” by China.

In this context, perpetual tensions and sporadic conflicts in that part of the Pacific Ocean were a vitally important precondition for America’s dominance, the journalist noted. 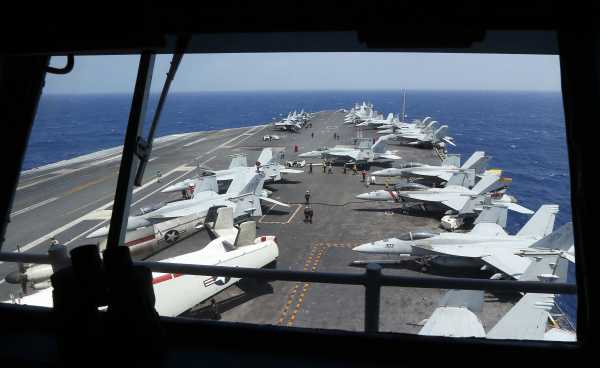 While some of the ASEAN state used to rely on the US while dealing with territorial and maritime issues with China, the situation has recently dramatically changed, Kosyrev noted, citing Hugh White a professor at the Strategic and Defense Studies Centre of the Australian National University.

Speaking to Bloomberg, White said that Washington’s influence in the Asia Pacific is fading after the failure of Obama’s “Pivot to Asia” and inconsistent steps taken by his successor Donald Trump.

“That is not the sole or primary cause of America’s dwindling leadership in Asia or elsewhere… but the damage Trump has done to America’s leadership credibility certainly accelerates the process,” the academic opined.

According to White, “the costs to America of resisting China’s ambitions for regional leadership” obviously outweigh benefits, especially given the fact that in case of conflict “China and America face an economic equivalent of mutually assured destruction.”

Apparently therefore, the ASEAN nations are now inclined to resolve their disputes directly with China through clear procedures and diplomatic means, according to the journalist.

Commenting on America’s Pivot to Asia, Kosyrev noted that Washington adopted a strikingly similar approach to the situation in the Baltic and the Black Seas, where Russia is usually depicted as a trouble-maker by the US and its NATO allies.

He suggested that if the Baltic States and the nations of the Black Sea basin followed into the steps of the ASEAN countries and implemented a set of rules or codes of conduct for all parties concerned the tensions in the regions would considerably wane.

“This is what Moscow offers in response to NATO aircraft flying over the Baltic Sea or ships regularly entering the Black Sea,” the journalist noted, adding the Atlantic bloc turns a deaf ear to Russia’s calls.

On January 29 the Russian Su-27 fighter jets intercepted a US Navy EP-3 Aries spy plane in international airspace over the Black Sea to prevent its violating Russia’s airspace. The incident was described as a “dangerously close” interception by the Pentagon.

However, while the US successfully continues to maintain the policy of tension in the Baltic and the Black Seas, it seems that ASEAN and China are seeking to nip it in the bud in the South China Sea, according to the journalist.