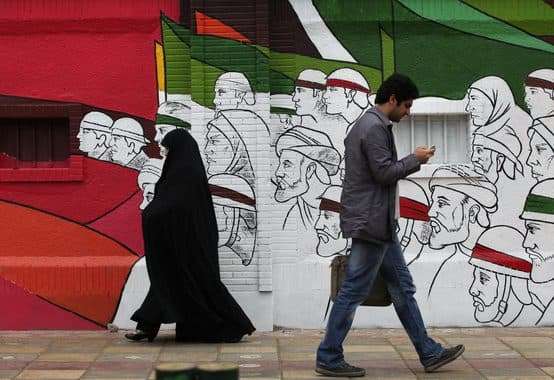 Barely a month ago, Iranians were amassing in the streets to protest against their government. Their core grievances, according to Western media and politicos, were the economy, foreign policy, expansionism, and human rights.

Today, the protests are over. But according to a recent survey by the Center for International and Security Studies at Maryland (based at the University of Maryland) and IranPoll, only one of those grievances actually provided the spark: the economy.

According to the poll, more than 72 percent of 1,002 Iranian respondents agreed that their government is not doing enough to help the poor, 86 percent said it shouldn’t increase the price of gasoline, 95 percent wanted a halt on the rising prices of food products, and an equal number agreed that their leaders should do more to fight financial and bureaucratic corruption.

Interestingly enough, “lack of civil liberties” was the least selected of the options offered by the pollsters, coming in at a paltry 0.3 percent, while “injustice” garnered just 1.4 percent.

President Donald Trump thought otherwise: “The great Iranian people have been repressed for many years. They are hungry for food & for freedom. Along with human rights, the wealth of Iran is being looted,” he tweeted. “Big protests in Iran…The U.S.A is watching very closely for human rights violations!” blared another Trump tweet.

In fact, according to poll results, over 66 percent of respondents believed their police forces handled the protests very well (34.5 percent) or somewhat well (31.8 percent), compared to 23.7 percent who said demonstrations were managed somewhat or very badly. Some 63 percent of those polled said the police used an appropriate amount of force, and another 11.4 percent said they used “too little force.”

That trend continues with 68.3 percent of respondents agreeing that protesters “chanting slogans against Iran’s political system” should be prosecuted, and a whopping 62.5 percent insisting that protesters burning Iran’s flag should be “prosecuted and punished harshly.” Almost the same numbers demanded prosecution and punishment for those attacking the police (63.9 percent) and damaging public property (59.7 percent).

Overall, 84.5 percent of Iranians strongly agreed (63 percent) or somewhat agreed (21.5 percent) that “the government should be more forceful to stop rioters who use violence or damage property.”

Meanwhile, back at the UN Security Council, U.S. Ambassador Nikki Haley was spinning her version of Iranian “aspirations.” The protests, she railed, are “a powerful exhibition of brave people who have become so fed up with their oppressive government that they’re willing to risk their lives in protest.” Haley also demanded emergency UN meetings to deal with Iran’s domestic situation.

Yet when asked whether their government interferes too much in people’s personal lives, a hefty 66.8 percent of Iranians disagreed, compared to 26.3 percent who agreed.

But American pundits were well past looking for “evidence” at that point. As Brookings Institution fellow Suzanne Maloney told the Washington Post: “What’s different” about these Iranian protests is “that people aren’t just demonstrating for better working conditions or pay, but insisting on wholesale rejection of the system itself.”

According to the poll results, only 16.4 percent of Iranians agreed with the statement that “Iran’s political system needs to undergo fundamental change”—76.7 percent disagreed, with 53.5 percent them saying they “strongly disagreed.” That’s a staggering three quarters that, according to this poll, appear to favor their current government. And this number correlates with the over 70 percent of voters that cast ballots in Iranian elections—surely a sign of a system’s “legitimacy” if there ever was one.

Iran’s foreign policy is at the core of U.S. frustrations in the region, as the Islamic Republic and its allies continue to make gains in military theaters that affect American hegemonic goals. This explains why U.S. media and politicians jumped all over the few protest slogans that appeared to show support for Iran exiting its strategic and military commitments within the region. Those slogans were often granted equal weight with the more economic ones, despite the fact that the economy was clearly the motivating factor behind Iranian unrest.

Former president Barack Obama’s “Iran czar” Dennis Ross even published a piece in Foreign Policy titled “Iranians are mad as hell about their foreign policy” where he very transparently tried to tie Iran’s economic woes to its military expenditures in the region—and not, for instance, U.S. sanctions. “The protesters are asking why their money is spent in Lebanon, Syria, and Gaza—and the administration should be putting out the estimates of what the Islamic republic is actually spending,” he advised the White House. “The Iranian public is making it clear it is fed up with the costs of the country’s expansion in the region.”

Does he have a point? The poll shows that a majority of Iranians (51.1 percent) disagree with the statement that “the government should spend less money in places like Syria and Iraq,” while 41.3 percent agreed. That number increases when it’s asked whether “Iran’s current level of involvement in Iraq and Syria is not in Iran’s national interest,” with 61.2 percent disagreeing and 32.6 percent agreeing. (Keep in mind that the poll was taken after ISIS had been largely defeated in both Syria and Iraq.)

The survey even specifically asks whether military assistance to the government of Syrian President Bashar al-Assad should change “now that Iran and Russia have declared victory over ISIS in Syria.” To this, 14.8 percent of Iranians responded that military assistance should end, 30 percent said it should be “reduced,” and 48.5 percent answered it should continue “until Assad’s government gains full control over all Syrian territories.”

Furthermore, an overwhelming 86.5 percent of Iranians think Iran should increase (54.8 percent) or maintain at current levels (31.7 percent) its “support of groups fighting terrorist groups like ISIS.”

The Wall Street Journal should pay attention to these figures. During Iran’s protests, it ran the headline “Iran’s Spending on Foreign Conflicts Raises Protesters’ Ire,” and stated quite incorrectly that “the billions of dollars Iran spends on foreign conflicts have been a focal point of protester anger at a time when domestic inflation and unemployment are in double digits. Crowds chanting ‘Leave Syria, think of us!’ are seeking to force Tehran to reassess a cornerstone of its foreign policy: the use of proxies to spread its influence and challenge regional rivals, notably Saudi Arabia.”

It’s another example of American media trying to connect Iranian economic grievances to the nation’s security imperatives. That trick simply doesn’t work in wartime—or when populations perceive security threats. Even the menace of further U.S. sanctions that could lead to more economic contraction doesn’t alter this perception among Iranians—70 percent said “Iran should not agree to stop developing advanced missiles” even if Trump threatens sanctions.

The Washington Post was all over this too: “’No Gaza, no Lebanon, our lives for Iran,’ the crowds chanted at one of the first demonstrations. ‘Leave Syria alone, think about us,’ and ‘Death to Hezbollah’ were among other slogans.”

Yet two thirds of Iranians (64.7 percent) told pollsters that they viewed Hezbollah favorably, and a stunning 82.7 percent favored the Islamic Revolutionary Guards Corps (IRGC) Quds Force’s elite unit commander General Qassem Soleimani, the highest number garnered in the poll by a featured Iranian political figure. Soleimani is the architect of most of Iran’s (and its allies’) battle plans in Syria and Iraq.

Iran is one of only a few stable nations in a neighborhood torn apart by war and terrorism, so it isn’t difficult to understand why defense expenditures that enhance the country’s strategic depth and protect its borders are given a pass, even as economic pressures abound.

The CISSM/IranPoll survey is worth a thorough perusal, as it provides valuable insights on what Iranians think on a variety of issues—including key U.S. ones like the nuclear deal. Even more importantly, it helps separate fact from fiction on the Islamic Republic at a time when the U.S. administration is ramping up the war propaganda once again.

Sharmine Narwani is a commentator and analyst of Mideast geopolitics based in Beirut.