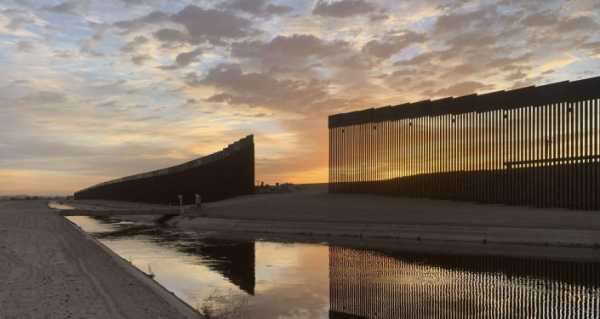 Human smugglers are using Facebook to facilitate the passage of desperate migrants into the United States for as low as $1,700 in specific cases, the Tech Transparency Project (TTP) reported after a review on the tech giant’s policy towards the content, strikingly violating its rules and escalating the ongoing migrant crisis in the US.

The organization mentioned beforehand, that the current investigation was a follow-up to a previous one, conducted in April. Back then, the non-profit reported that it had given Facebook information on 50 people smuggler pages at the platform’s request. After two months, the social media company has failed to delete all of them, with 19 remaining on the website.

And, according to the report, showing alleged screenshots of examples, many of the pages, some of which have tens of thousands of members, make little attempt to hide their unlawful activities.

For example, a smuggler advertised transit from Nicaragua to the United States for $8,000 per person on the “El coyote lopez” page. Another advertisement promised single mothers and children a $1,700 discount if they agree to surrender themselves to US Border Patrol upon entering the country. The cost of transporting the migrants all the way to Houston jumps from $7,000 to $8,500.

Asylum-seeking migrant families wait to be escorted by the U.S. Border Patrol after crossing the Rio Grande river into the United States from Mexico, in Roma, Texas, U.S., May 7, 2021

Interestingly, customers could contact smugglers directly using the group’s WhatsApp button. The outlet mentioned some smugglers claiming to be focused on “safety,” with prior customers donning life vests as they crossed rivers, in the “Viaje para Estados Unidos, cumple tu sueno” group.

According to Dr. Nilda Garcia, a researcher specializing in cartel activity on social networks, who is quoted in the report, several of those pages show clear signs of being affiliated with Mexican drug cartels, which, like the notorious Sinaloa cartel, sometimes control a vast chunk of the borderline. One such smuggler, according to her, has a stated location in Agua Prieta, Sonora, Mexico, which allegedly links him to the Sinaloa cartel’s Gente Nueva or Los Salazar cells, which control the border zones between Sonora and the US state of Arizona.

Posts advertising only $700 fees to transport migrants across cartel territory were also discovered on the pages allegedly tied to Mexican drug gangs. However, journalists warn, many of these offers are actually a ploy to lure desperate migrants into debt slavery or kidnapping for ransom or abuse.

Human smugglers have used social media to imply that the Biden administration will open the southern border to migrants in the nearest future. The publication also described one particular example: one post included nighttime photographs of individuals in a raft with writing implying that asylum is easy to obtain, which is a prevalent piece of misinformation fueling the current border illegal migration surge, according to the TTP.

Migrant families disembark from an inflatable raft that smuggled them into the United States by crossing the Rio Grande River in Roma, Texas, Sunday, March 28, 2021

TTP’s investigation uncovered many violations of Facebook’s own standards, sometimes in a single post. According to the Californian tech giant’s community standards, they ban any “misinformation and unverifiable rumors that contribute to the risk of imminent violence or physical harm.” They also specifically forbid information that “encourages or facilitates human smuggling.”

US Message to Those Seeking American Dream: ‘Do Not Come’

The US administration, which is overwhelmed with an influx of record-breaking numbers of migrants at the southern border, launched a social media effort in March to persuade migrants in Central America not to go to the US, which included ads on Facebook and Facebook-owned Instagram.

According to the Daily Mail, at least 128 people have died attempting to cross the border from Mexico into the United States so far in 2021, in comparison to 45 deaths this season last year. Those who survive the trek are often deported back to Mexico after spending their whole life savings.

On Wednesday, the US Customs and Border Protection (CBP) released statistics on the number of asylum-seeking migrants apprehended along the southern border with Mexico in May, which has set a new record, reaching a 21-year monthly high of 180,034.

Since Joe Biden assumed office in January, the federal government has struggled to cope with the flow of migrants crossing the US-Mexico border. Following his inauguration, Biden reversed the Trump-era Remain in Mexico policy, which held migrants south of the border while they awaited hearings, thus allowing asylum seekers to enter the US and begin legal proceedings. He also limited ICE’s arrest and deportation criteria and halted the construction of Trump’s border wall.

These actions have resulted in thousands of migrants entering the US in recent months, overcrowding children’s detention centers to the point where children are being forced to spend several days in cramped adult detention centers, causing a backlog and logistical nightmare in processing the new arrivals.