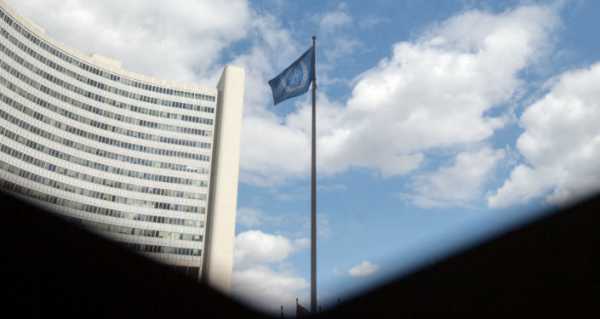 Earlier, Iran indicated that it would block snap inspections by the International Atomic Energy Agency (IAEA) if parties of the 2015 Joint Comprehensive Plan of Action (JCPOA) failed to fulfill their commitments under the agreement and lift sanctions against Tehran by February 21.

The US, along with France, Germany and the UK, which make up the E3, called on Iran on Thursday to avoid taking any additional steps aimed at halting nuclear protocols or limiting the IAEA’s access to nuclear sites within the Middle Eastern country.

“The E3 and the United States affirmed their shared objective of Iran’s return to full compliance with its commitments under the JCPOA,” reads the release. “Secretary Blinken reiterated that, as President Biden has said, if Iran comes back into strict compliance with its commitments under the JCPOA, the United States will do the same and is prepared to engage in discussions with Iran toward that end.”

Officials also “expressed their concern” during the meeting over Iran’s move to increase uranium enrichment at the Fordow enrichment complex. Although fuel enriched at that level is not sufficient to produce a bomb, the statement described the uptick as a “key development of a nuclear weapon.”

Additionally, Blinken and the top diplomats of the E3 called on Iranian officials to “release all our arbitrarily detained nationals.”

The remarks came a day after Ned Price, the spokesperson for the US State Department, urged Iranian officials to reverse its actions against the IAEA, after Tehran announced it would begin placing limits on the JCPOA-mandated inspections if European countries failed to resolve sanctions against Iranian sectors.

Zarif Calls on US to End ‘Economic Terrorism’ Against Iran

Moments after the release was issued, Iranian Foreign Minister Javad Zarif issued a statement via Twitter that called on the Biden administration to end stifling Trump-era policies.

“Remove the cause if you fear the effect. We’ll follow ACTION w/ action,” he added.

Zarif’s commentary largely echoed remarks he gave during an interview with CNN’s Fareed Zakaria, in which he noted that if the Biden administration truly wants to cut ties with the so-called “maximum pressure” policies of the previous administration, it needs to lift its sanctions.

At the time, Zarif noted Iran would begin reducing IAEA inspections but that it did not necessarily “mean that the window is fully shut” in regards to JCPOA talks.

The Biden administration has repeatedly indicated that it intends to normalize ties with Iran; however, Blinken has stated that officials are weighing drawing up a new agreement with Iran that will also include Israel and fellow Gulf neighbors. Iran has firmly opposed the proposal.