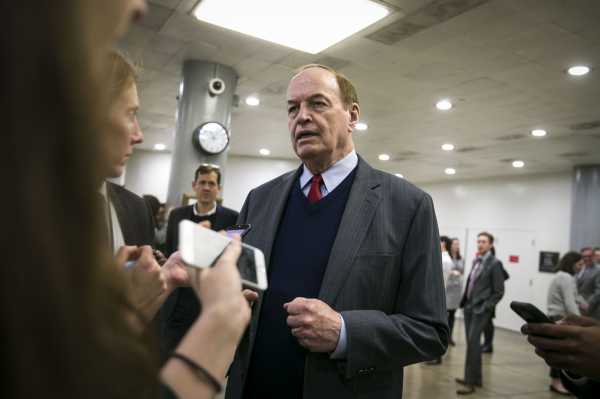 The Senate on Thursday passed a short-term spending measure, known as a continuing resolution, that will keep the government funded through November 21. Since the House has already approved the resolution, it heads to President Donald Trump’s desk, where he’s expected to sign it.

The continuing resolution punts a looming fight over border wall funding and other spending priorities for at least another month. At that time, it’s possible that lawmakers will try to pass another funding measure, delaying the deadline again.

Between now and then, the measure keeps government funding at existing levels of spending, with some additional outlays that bolster support for farmers who have been affected by the trade war.

While this continuing resolution temporarily guarantees that the government will remain open, it is a sign that lawmakers were, once again, unable to agree on 12 year-long spending bills before the ones from the previous year expired at the end of September. It’s a portent of conflict that’s yet to come — and bolsters concerns that another shutdown could still happen in the coming months.

If this feels like déjà vu, it’s because a very similar scenario played out last year

If all of this sounds a little too familiar, it’s probably because a similar situation wound up leading to the longest government shutdown in US history earlier this year.

After pushing votes on spending bills for several months last December, Congress was on the verge of passing a continuing resolution to keep the government funded through the new year. At that point, however, lawmakers couldn’t agree on what that spending measure should include, and President Donald Trump threatened a shutdown unless he received funding for his border wall. Because Congress and Trump weren’t able to find consensus on a solution forward, the government went into a partial shutdown.

That impasse, which lasted 35 days, resulted in massive delays in many government services. A slew of food inspections were postponed, immigration cases came to a standstill, and some National Parks were shuttered. Government contractors still haven’t received any back pay for the work they were forced to miss as part of the shutdown.

While Trump did not ultimately receive the wall funding he asked for from Congress, he declared a national emergency in February, in order to shift the funds from the budgets of other military projects. He also reopened the government at the same time, agreeing to sign a package of spending bills that Congress approved.

It’s possible the government could, once again, find itself at a stalemate later this year if Congress can’t agree on a long-term spending package or even another short-term one that Trump will sign.

The administration’s push for roughly $8.6 billion in wall funding is set to be a sore subject when it comes to negotiations around the 2020 spending bills. As Roll Call previously reported, Senate Appropriations Chair Richard Shelby is considering reducing spending in the Labor and Education Departments’ appropriations in order to cover such possible outlays for the wall — potentially teeing up another intractable stand-off.