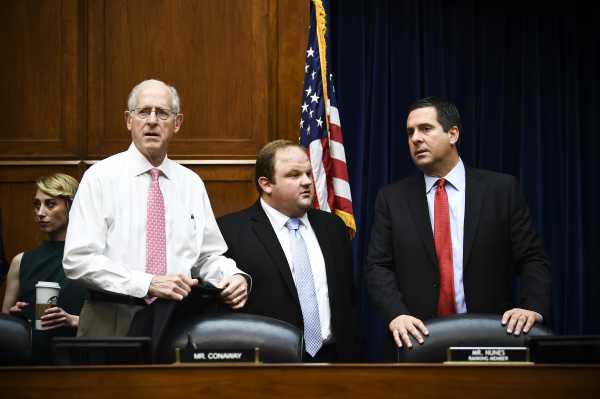 At a hearing on the Ukraine scandal Thursday in the House, Republicans didn’t break with President Donald Trump, but they didn’t spend much of their time defending him from detailed allegations in a whistleblower report, either. They instead questioned Acting Director of National Intelligence Joseph Maguire about process and politics.

The top Republican on the committee, Rep. Devin Nunes, questioned how references to the complaint made their way into the press in recent weeks, accusing Maguire of dropping the ball.

“Somebody is leaking this, and it’s likely coming from the agencies that you oversee,” Nunes said.

The complaint, written by a member of the intelligence community, describes the now-infamous July phone call with the Ukrainian President Volodymyr Zelensky in which Trump asked him to look into Joe Biden. The whistleblower also wrote that colleagues were concerned about how records of the call were being stored, raising the question of whether the White House tried to cover it up.

Nunes went on. “So did anybody, you or anybody in your office, leak this to the Washington Post or NBC News?”

“Ranking member, I lead the intelligence community. We know how to keep a secret,” Maguire responded. “As far as how that got into the press, I really do not know, sir. I just know it’s all over the place, and as you said, it’s been reported by different media for the past several weeks. Where they get their information from, I don’t know.” 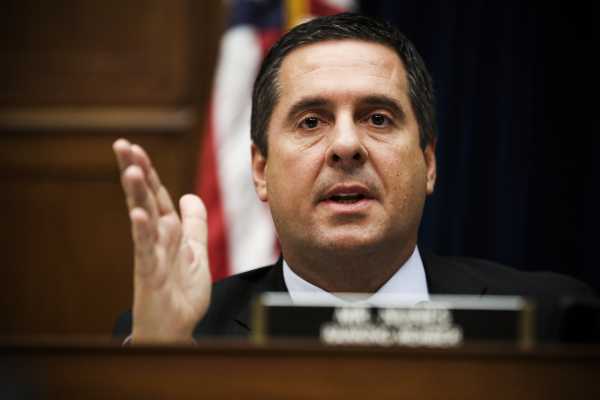 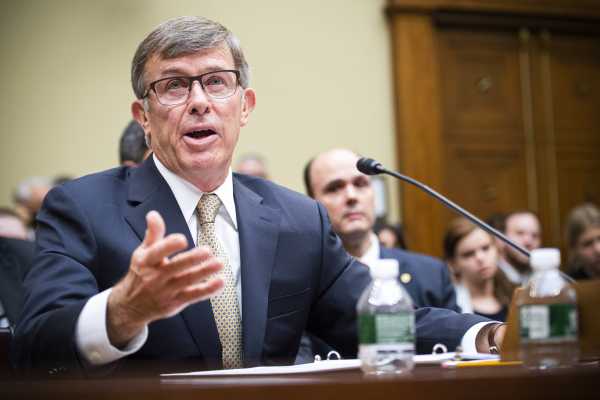 Rep. Mike Turner (R-OH) questioned whether the whistleblower had a right to file the complaint under the statute cited at all.

“I’d like for you to turn for a moment and tell us your thoughts of the whistleblower process and the concerns as to why it has to be there so that the intelligence community can be held accountable and we can have oversight,” Turner said. “Because it certainly wasn’t there for oversight of the president. It was there for oversight for the intelligence community. So if you could describe your thoughts on that.”

Turner has been critical of Trump’s call with Zelensky, but he claimed that Democrats are taking it too far. Turner accused the committee chair, Rep. Adam Schiff (D-CA), of “just making this up.”

Turner was referencing Schiff’s paraphrasing of Trump’s conversation that was detailed in a memorandum released by the White House Wednesday. Schiff claimed the essence of Trump’s pitch to the Ukrainian president was: “I want you to make up dirt on my political opponent, understand? Lots of it … I’ll call you when you’ve done what [I’ve] asked.”

“While [Rep. Aaron Schiff] was speaking, I actually had someone text me, ‘is he just making this up?’ And yes, he was,” Turner said. “Because sometimes fiction is better than the actual words or the text. Luckily the American public are smart and they have the transcript. They’ve read the conversation. They know when someone is just making it up.”

Republicans could have used their hearing time to excuse Trump’s behavior or downplay it. The fact they didn’t suggests they think that’s not the strongest ground to stand on. In recent days, national news outlets have continued to flesh out details of the relationships between Trump, Ukraine, and Trump’s personal lawyer, Rudy Giuliani, which makes it difficult for Republicans to back him on the merits.

Nunes also questioned the need to make the complaint public.

“Are you aware of any cases like this that were put into the spotlight?” Nunes said. “Would this be the way to handle it out in the public like this?”

“I am not aware of any, but I want to say once again,” Maguire responded, “I believe that the situation we have and why we’re here this morning is because this case is unique and unprecedented.”

Maguire said that he was not aware of any complaints that had been resolved in a similar way, but that none of them implicated individuals outside the intelligence community, let alone a sitting president. Trump’s decision to release the transcript of his conversation with the Ukrainian president on Wednesday, he noted, was similarly unheard of.

“I believe that the situation we have and why we’re here this morning is because this case is unique and unprecedented,” Maguire said.

The White House released a record of President Trump’s conversation with Ukrainian President Zelensky, then went on the defensive.

Subscribe on Apple Podcasts, Spotify, Overcast, or wherever you listen to podcasts.