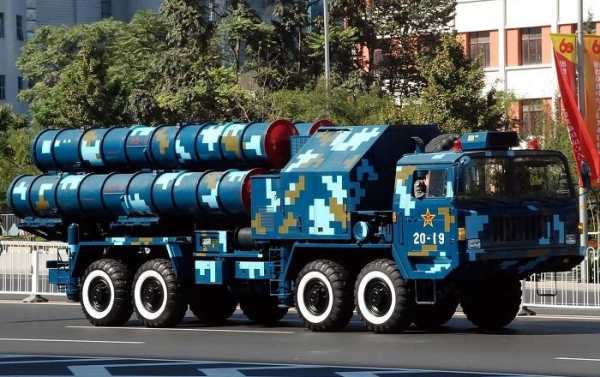 Less than a week after a US missile defense system failed to intercept a ballistic missile outside the Earth’s atmosphere, the Chinese Ministry of National Defense claimed to have triumphed where the Americans stumbled.

China carried out a missile interception exercise that was successful and achieved Beijing’s “expected goals,” Chinese state news agency Xinhua reported Tuesday. “This test was defensive and not aimed at any country,” the Chinese Defense Ministry noted.

The test Beijing claims was a success thwarted a ballistic missile during the “mid-course” stage of its flight path, which occurs outside Earth’s atmosphere, the South China Morning Post noted.

No details have been disclosed by Chinese state media indicating from where the ground-based interceptor was launched.

The US Missile Defense Agency fired a Standard Missile-3 (SM-3) at a dummy ballistic missile target last Wednesday from an Aegis Ashore missile defense system in Hawaii. Unlike Beijing’s apparent success, the SM-3 was unable to take down its intermediate range ballistic missile target, US Defense Department spokeswoman Dana White confirmed on Thursday. The Japanese Ministry of Defense verified the results on Friday.

The SM-3 Block IIB is developed jointly by Washington and Tokyo. In late December, the Japanese government approved the deployment of two Aegis Ashore missile defense systems in northern and southwestern Japan.

Moscow has said that the Aegis Ashore system is capable of firing Tomahawk cruise missiles or ballistic missiles for offensive purposes in addition to firing interceptors. The US State Department claims the “system is only capable of launching defensive interceptor missiles, such as the SM-3,” according to a fact sheet.

“The fact that such systems are appearing next to our eastern borders creates a new situation, which we cannot ignore in our military planning. We again call on Japanese counterparts to think about whether it is in Japan’s interests to become another violator of the Intermediate-Range Nuclear Forces Treaty [INF Treaty],” Russian Deputy Foreign Minister Sergey Ryabkov said December 30.

On January 16, Russian Foreign Minister Sergey Lavrov expressed doubt about Tokyo’s claims that the US would not have some operational control of the ballistic missile interceptor systems. The Japanese Foreign Ministry official told Sputnik News that “the missile defense of our country is a purely defensive system, the goal of which is to protect the life and property of our citizens. Aegis Ashore will be managed by Japan; it is a Japanese defense system and is no threat to Russia or other countries near Japan.”

Moscow has said that while Japan may not be a signatory of the INF Treaty, which prohibits the deployment and testing of ground-launched ballistic or cruise missiles with ranges between 500 and 5,500 miles as well as their launchers and support infrastructure, Tokyo is effectively allowing the US to violate the treaty. The treaty does not apply to sea-launched missiles.

The land-based Aegis Ashore system falls within the scope of the INF Treaty, while the Aegis sea-based midcourse systems do not.