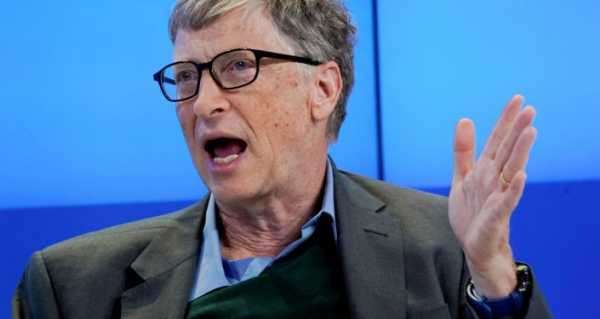 The Microsoft co-founder has donated $1.8 billion to research into SARS-CoV-2 as well as to the development of vaccines against it. Part of this sum was sent to the COVAX initiative, a global vaccine alliance aimed at distributing inoculations among countries with middle and low-income.

A freelance journalist, Alexander Zaitchik, has harshly criticised Bill Gates for failing to provide an equitable distribution of coronavirus vaccines. He said that the software developer-turned-philanthropist has ignored concerns about the supply of the inoculations, something many health experts have spoken of.

The journalist emphasised that at the start of the coronavirus pandemic, many health experts were calling for a collaborative approach, saying companies and countries should share experience in testing, treatment, and vaccines against the disease. This could have prevented a potential crisis of supply and access to vaccines. However, Zaitchik claims that the Gates-funded ACT-Accelerator had “outmatched and outmanoeuvred” supporters of the open science approach.

The journalist alleged that Gates has effectively created a second career as “the world’s de facto public health czar”.

The development comes following months of criticism from the World Health Organisation (WHO) and the United Nations about the unfair distribution of inoculations against the coronavirus. In February, WHO chief Tedros Adhanom Ghebreyesus said that more than three quarters of vaccinations had been carried out in just 10 countries that have high income.

At the end of March, the official said that vaccine inequity was becoming “more grotesque every day”, calling for a fair distribution of inoculations.

Tedros Adhanom Ghebreyesus emphasised that the issue is not just morally wrong, but also is also slowing the world’s fight against the disease, which according to Johns Hopkins University, has infected some 140 million people and left three million dead. More transmissions will spawn more strains of COVID-19, which will likely evade the existing vaccines, the official said.

Incidentally, Bill Gates himself has warned against the problem of unfair distribution of inoculations and urged US legislators to allocate more money for the global response to the coronavirus.