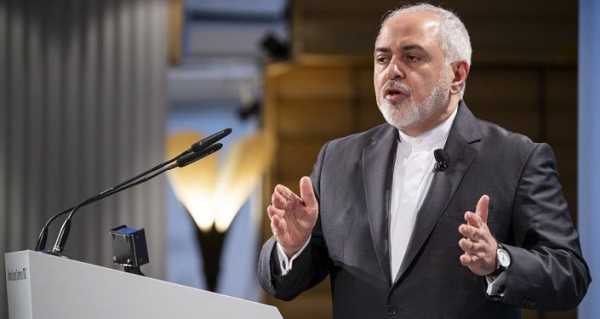 American media had earlier reported that that Washington believed Iran was plotting to assassinate US Ambassador to South Africa Lana Marks in retaliation for the killing of top Iranian military commander Qassem Soleimani in Iraq earlier this year.

Iranian Foreign Minister Mohammad Javad Zarif has slammed US President Donald Trump for threatening Tehran over an alleged assassination plot against a US diplomat.

In a tweet on Tuesday, Zarif targeted US Secretary of State Mike Pompeo as a “habitual liar” who had “bamboozled” Trump into ordering the assassination of Iran’s top anti-terror commander Lieutenant General Qasem Soleimani in the Iraqi capital Baghdad earlier in the year.

​Referring to a Politico report that cited unnamed Washington officials as claiming Iran was hatching a covert operation to assassinate US Ambassador to South Africa Lana Marks ahead of the November American presidential election, Zarif said Pompeo was yet again attempting to deceive the US president and “sucker him into the mother of all quagmires by leaking a new false alarm”.

On Monday, US President Donald Trump had cited “press reports” that Iran “may be planning an assassination, or other attack, against the United States” in retaliation for the Washington-ordered killing of General Soleimani in Iraq in January.

Trump warned of a potential response to any Iranian attack that “will be 1,000 times greater in magnitude!”

However, Pompeo said the Iranians “didn’t need an action by the United States to conduct assassination campaigns around the world” as this has been “their model for 40 years”.

As Tehran dismissed the current allegations, Foreign Ministry spokesman Saeid Khatibzadeh advised US officials to “stop resorting to hackneyed and outworn methods to create an Iranophobic atmosphere on the international arena”.

The spokesman underscored that the current reports fall in line with the US politicians’ efforts “to peddle lies”.
Iranian government spokesman Ali Rabiei also cautioned Washington against making another “strategic mistake” after Trump issued his Twitter broadside.

Qasem Soleimani was assassinated in a targeted attack by the United States in January, with Washington claiming that the commander of the Quds Force of the Islamic Revolution Guards Corps (IRGC) had been planning numerous attacks against US personnel and infrastructure in the region. The Trump administration, however, has not provided any exact evidence of the alleged attack plans.

A Hezbollah supporter holds pictures of slain Iranian Revolutionary Guard Gen. Qassem Soleimani during a ceremony marking the anniversary of the assassination of Hezbollah leaders, Abbas al-Moussawi, Ragheb Harb and Imad Mughniyeh and the end of a 40-day Muslim mourning period for Soleimani, in the southern suburb of Beirut, Lebanon, Sunday, Feb. 16, 2020. Nasrallah said U.S. President Donald Trump declared war on the Middle East when the U.S. assassinated Soleimani and when the White House announced its plan to end the Palestinian-Israeli conflict. He called on all to resist U.S. influence and its troops presence.

General Soleimani died in a drone strike along with Abu Mahdi al-Muhandis, deputy head of Iraq’s Hashd al-Sha’abi, and their companions, as their vehicle was targeted outside Baghdad International Airport on 3 January.

The Iraqi parliament subsequently voted overwhelmingly in favour of a law obliging the complete withdrawal of all American-led forces from the country’s soil.