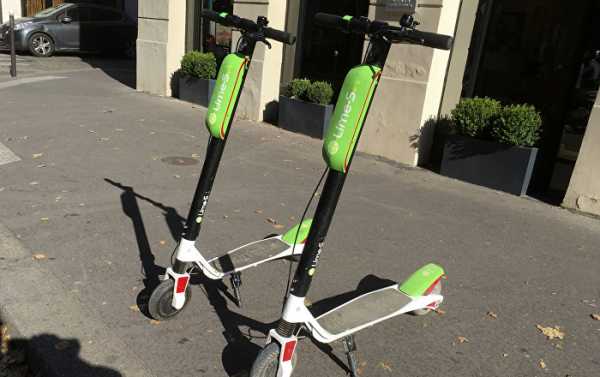 19-year-old Luca Mangiarano was charged yesterday with robbery by threat after showing up to a BBVA Compass bank on Austin’s Sixth Street and demanding money.

Mangiarano tried to demand money by passing a note to a teller, local newspaper the Austin American-Statesman reported.

The note read, “This is a robbery. Please give me all your 100s and 50s in an envelope and everything will be ok.” The victim told officers that she was afraid of what Mangiarano might do, so she complied and gave him the money. The threat was successful and the teen was loaded with cash, yet he chose an electric Uber-owned Jump scooter as a means of escape.

Austin police contacted Uber about the robbery, and the company handed over Mangiarano’s name, address, and credit card number in relation to his renting of a Jump scooter which had been caught on surveillance video. The police were quick to deduce Mangiarano’s connection to the crime scene by using data from Uber tracing the scooter and data from his cellphone provider, which indicated that he was in the area at the moment of the robbery.

Electric scooters have become widely used in the last couple of years, with companies like Uber and Bird dominating the market, collecting personal info about those who rent their vehicles. Although police officers were able to acquire surveillance video from a business nearby to back up their request for information about Mangiarano, the case raises concerns about direct access to users’ private information.