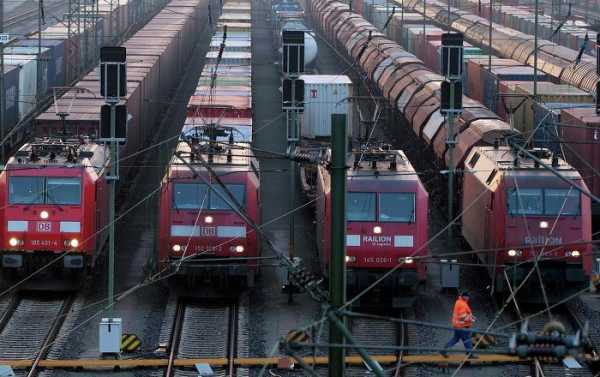 Despite Germany’s published chances of seeing its economy thrive, analysts increasingly point out fresh data suggesting that a revival is not in the cards, especially given on-off trade talks with the Trump administration.

Hopes of a German economic rebound have largely been busted after the influential IFO Institute’s monthly survey was made public. The latest survey indicates that although the manufacturing industry, the centre of the country’s recent slowdown, may be stabilizing, industry weaknesses have have spilled over into service and construction.

Businesses in service and construction are becoming increasingly uneasy, the research concludes, suggesting that the EU’s biggest economy got off to a slow start in 2020. The IFO business climate index fell, from 96.3 in December 2019 to 95.9 in January, leaving it in ‘downturn’ territory.

UniCredit economist Thomas Strobel, quoted by the Telegraph, suggests that the future of German business is vague:

IFO economist Klaus Wohlrabe contended, however, cited by nasdaq.com, that the German economy would likely improve by 0.2 percent in the January-March period before probably growing by 0.1 percent in the fourth quarter, as the industrial sector slowly pulls itself out of the crisis.

Katharina Koenz, from Oxford Economics, echoed the stance, saying Germany’s growth will pick up, “to 0.2pc in 2020’s first quarter”, while “downside risks from industry, global trade and the threat of US car tariffs remain,” she said, cited by The Telegraph.

Latter limitations, including a 25-percent automobile tariff on German exports, were earlier threatened by the US in case Germany continued to back the Iran nuclear deal, which US President Donald Trump unilaterally withdrew from back in May 2018.

Germany’s manufacturing slump dates back 2018, after significant shifts in the economy were first noted, including an unexpected drop in industrial orders, most likely connected to uncertainty surrounding transatlantic trade.