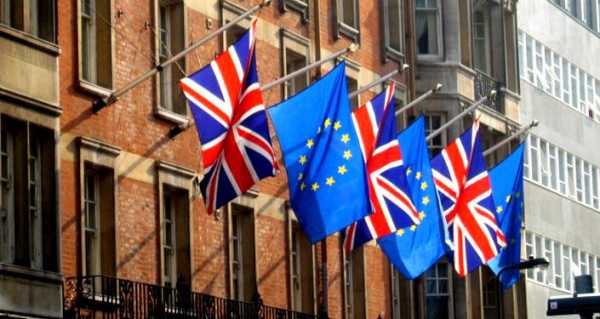 Last week, UK Brexit Minister David Frost stated “no breakthroughs” in the controversial Northern Ireland Protocol had been achieved during his talks with European Commission Vice President Maros Sefcovic on the implementation of the Withdrawal Agreement.

UK Brexit Chief Negotiator David Frost told a parliamentary committee on 16 June that London is keeping all possible options on the table as a response in a dispute with the European Union over part of the Brexit deal concerning the Northern Ireland issue.

Frost noted that the difficulty the government has had since the end of January stems from the weakening of consent from one part of the community in relation to the Northern Ireland protocol. According to the Brexit Chief Negotiator, the way the protocol is being implemented is not consistent with the intentions of the UK, adding that support for the protocol has eroded.

Meanwhile, Irish Foreign Minister Simon Coveney said on Twitter in response to Frost’s remarks that the Northern Ireland protocol is not about constitutional matters, but simply a technical trading agreement, designed to “manage the disruption of Brexit for the island of Ireland to the greatest extent possible”.

​As part of the withdrawal agreement, Northern Ireland remained in the European single market and customs unions after the United Kingdom left the EU on 31 December 2020. Although there is no hard border between Northern Ireland and the Republic of Ireland, all goods and animal-based products coming from elsewhere in the UK must be checked upon arrival in Northern Ireland to comply with EU sanitary regulations.

The European Union has consistently stated that the Northern Ireland Protocol is the only way to maintain both the Good Friday peace agreement and the integrity of the island’s single market, but the implementation of the deal has sparked criticism and protests from loyalists who fear the deal could damage UK sovereignty in the province, while others think it might affect the fragile political stability achieved with the 1998 peace accords.

London has since unilaterally pushed back the full implementation of checks on supermarket goods and parcels to prevent a shortage of chilled meat products in the UK nation due to delays caused by customs checks and paperwork, but the EU has claimed the move is undermining the protocol and has threatened London with legal action.