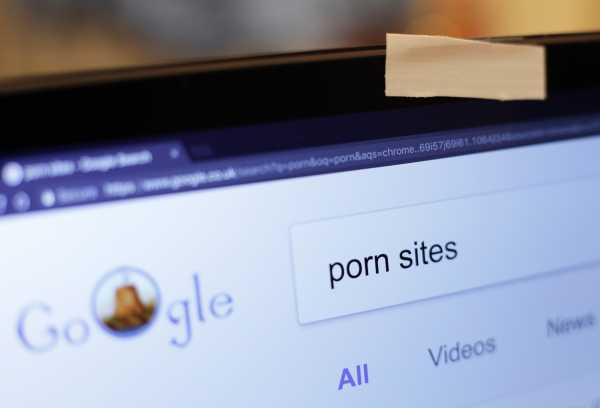 Social conservatives are ready to launch a new national war on pornography.

This fall, Republican members of Congress asked the Department of Justice to “declare prosecution of obscene pornography a criminal justice priority.” Conservative commentators also argue that government power can — and should — put a stop to pornography for the benefit of the “common good.” By doing so, social conservatives argue that they can alter American culture itself.

Terry Schilling, executive director of the American Principles Project, a conservative think tank, argued in October in the Catholic magazine First Things that efforts to regulate pornography are part of a broader phenomenon. “In our time, a new conservatism is being born — one less interested in managing our nation’s decline than in using political power to promote virtue, public morality, and the common good,” he wrote. “Conservatives need to overcome their fear of governing the nation that elected them.”

In doing so, social conservatives are facing opposition from libertarians as well as fellow conservatives. They argue that efforts to ban or otherwise tighten regulations on pornography is the kind of overreach they have long stood against.

As Reason Magazine editor-in-chief Katherine Mangu-Ward told me, “What you’re seeing now is this rise of a much more authoritarian and state-oriented variant of conservatism and it just says, ‘You know what? Actually, never mind. Let’s take away the bad choices. Let’s make some bad choices illegal.’ This has long been a characteristic of the American left.”

The fight over pornography is emblematic of a larger fissure within movement conservatism, one centered on crucial questions over how the powers of the state should be used or what the point of conservatism even is. Should conservatism focus on advancing individual freedoms — even the freedom to make bad decisions — or on advancing the “common good” and family values?

“We say we’re conservatives. Well, what the hell are we trying to conserve? And maybe that question really is the central question of this whole debate,” said the Daily Wire’s Matt Walsh, a social conservative who has argued in favor of a total ban on pornography.

“The welfare of our people”

On Friday, four Republican members of Congress — Reps. Mark Meadows, Jim Banks, Vicky Hartzler, and Brian Babin — penned a letter to Attorney General William Barr over their “concern for the rule of law as well as the welfare of our people.” The representatives asked Barr to “declare the prosecution of obscene pornography a criminal justice priority” worthy of the full power of the federal government.

Referencing both Barr’s anti-pornography efforts in the 1990s, when he served as an attorney general under President George H.W. Bush, and a 2016 anti-internet pornography pledge signed by then-candidate Donald Trump, the letter is a plea for the Department of Justice to enforce existing federal obscenity laws and prosecute “the major producers and distributors of such material.”

Meadows, Banks, Hartzler, and Babin argue that pornography is responsible for rising rates of violence against women as well as human trafficking. But it’s worth noting that many researchers have long debated the representatives’ premises, which are often invoked by anti-pornography advocates. For example, as Reason’s Elizabeth Nolan Brown wrote earlier this week, violent crime, including sexual assault, has decreased markedly over the past several decades. In addition, research published in the journal Aggression and Violent Behavior showed “an inverse relationship between pornography consumption and rape rates.”

Other conservatives also point to potential harms caused by pornography as their reason for wanting to ban it, or at least heavily restrict the industry from which much of it comes. In an opinion piece for the Washington Post, First Things senior editor Matthew Schmitz argued for an all-out ban on pornography on the basis of misogyny and the medium’s harmful impact on women:

The Daily Wire’s Walsh has been one of the most outspoken conservative writers on the subject of pornography, arguing on his podcast that pornography has contributed to the “collective corruption of entire generations of children” and causes “real trauma” to children who see it. He published an article on Friday praising the group who wrote the letter to Barr:

What is pornography? Whose “prurient interest?”

But even if Americans broadly agreed to ban pornography or restrict access to it, the debate over pornography can often get mired in definitional weeds: for example, the difference between pornography and “obscene” pornography, or even what “obscenity” is.

Obscenity laws still exist at both federal and local levels, but they rely on a unified concept of “obscenity.” And the current legal standard for what obscenity is was set in the 1973 Supreme Court case Miller v. California.

In that case (which centered on a California man who sent out fliers advertising “adult” material and was subsequently arrested), the court determined that obscene material was not protected by the First Amendment and applied the following test for determining what’s obscene and what’s not:

Unsurprisingly, as Shannon Creasy detailed in a 2010 Georgia State University Law Review article, the Miller test “has been widely criticized as unconstitutionally vague and overbroad.”

Who is the “average” person, for example? What constitutes a “prurient interest”? And, perhaps more importantly, what is a “contemporary community standard” in the age of the internet? That’s a question that’s come up before, like in a 2008 court case in which an attorney planned to enter into evidence the Google Trends results for the city of Pensacola, Florida, in an attempt to show that, based on what people in his community were Googling, his client’s material did not meet the legal definition of breaking “contemporary community standards.”

And then there’s the question of whether pornography constitutes a form of speech protected by the First Amendment. Though the Supreme Court has ruled previously that the answer is “yes,” many on the right feel differently.

In the New York Post on Monday, Ahmari wrote that we should return to a “common-law” perspective on obscenity:

The law as moral teacher

For several decades now, movement conservatism has adhered to Andrew Breitbart’s maxim that “politics is downstream of culture,” arguing that rather than engage the forces of government to create change, conservatives should focus on changing popular culture instead.

But some social conservatives are now arguing the very opposite. In another Schilling piece for First Things, he wrote, “But politics is not separate from culture, nor irrelevant to culture, nor downstream from culture. Politics is a key part of culture, and often drives it. The law can serve as a teacher and a guide to encourage positive behaviors and discourage negative ones.”

Jon Schweppe, the director of government affairs at the American Principles Project, told me, “We believe that law is a teacher.” Using the example of shoplifting, he added, “Everyone knows shoplifting is morally wrong, but people think about it, right? And so what ends up happening is that there’s this analysis of risk that takes place and it’s like, okay, I could steal this candy bar and I’ll probably get away [with it], but if I get caught I might go to jail. I might have a felony. And that law is what puts a lot of people over the edge.”

Arguments in favor of the use of laws to change or improve human behavior hasn’t been a characteristic of the post-2010 conservative movement that still bears the influence of the Tea Party and libertarian-leaning Republicans like former Rep. Ron Paul. In fact, Mangu-Ward told me that such arguments were, in her view, generally made by left-leaning politicians and thinkers. Referencing former New York City Mayor Michael Bloomberg’s efforts to ban large sodas, she said such rationales stem from “the idea that we should prohibit people from making bad choices,” or in short, “make the bad thing illegal.”

Mangu-Ward also said that libertarians within movement conservatism had previously been able to keep conservatives from attempting to use the law for moral improvement. But “that’s no longer the case” in 2019, she said. On that point, social conservatives seem to agree. In an article for First Things, the Daily Wire’s Josh Hammer wrote in support of the congressional letter sent to Barr, arguing that “libertarianism is uninterested in prioritizing the political pursuit of justice, the common weal, or human flourishing” and added that “at its core, libertarianism misunderstands the human condition.”

On his podcast, Walsh also mentioned the “influence of libertarianism” as a reason conservatives no longer focus on how the government can work toward the “common good,” a common refrain among some social conservatives who believe that libertarian influence has caused the right to ignore moral questions and focus too much on economics as an indicator of national well-being.

Walsh said the problem he’s noticed with libertarians is that “they tend to shy away from moral arguments, from arguments that are rooted in ideas like justice and what is good and what is right.”

“Wait a second, is this actually what conservatism is supposed to be?”

I reached out to the Department of Justice for comment on this story and have not received a response. But in a statement to the Heritage Foundation publication the Daily Signal, Barr’s office said, “We have received and are reviewing the letter” from the congressional Republicans.

But this whole debate is bigger than pornography or obscenity. It’s about what the conservative movement is supposed to do, or more accurately, what conservatism even is.

Is conservatism still supportive of a limited government if that means the makers and sellers of pornographic materials go unpunished? Does it still advocate for a free market that makes pornographic material easy and readily available? If you can stop people from making bad decisions through the power of the law, should you? Social conservatives and libertarians, once unified against the common threat of communism, vigorously disagree on these questions, and many others.

Walsh told me that following his discussions and debates over pornography, “I think we’re seeing a little bit of a pushback in conservatism where people [who] are conservatives like myself are saying, ‘Wait a second, is this actually what conservatism is supposed to be?’”