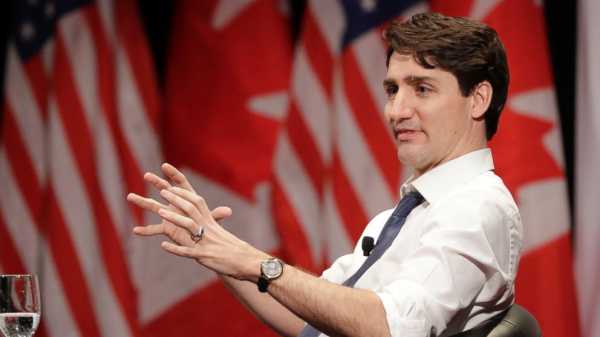 Canadian Prime Minister Justin Trudeau is in San Francisco to pitch Canada as a destination for tech investors.

He’s already having some success.

Trudeau also visited online management platform AppDirect, which says it is creating another 300 jobs in Canada in the next five years.

The prime minister didn’t answer directly when asked if the current immigration climate in the United States is making his sales job easier.

But he says technology companies are always looking for global talent. He noted that Canada created a new visa to fast-track skilled worker permits in just two weeks.

Trudeau says Canada will continue pushing the U.S. to talk about workforce issues in the talks over the North American Free Trade Agreement.

He is pitching Canada as a destination for American tech firms amid increasing unease over U.S. immigration policies.

Trudeau is also reminding California of its longstanding trading relationship with Canada, despite President Donald Trump’s threat to pull out of the North American Free Trade Agreement.

Trump called it a “disaster” on the campaign trail.

The heated debate over immigration since Trump’s election has provided a clear opening for Canada to pitch itself to Silicon Valley. As American employers worry about access to foreign workers, Canada offers a two-week fast-track employment permit for skilled workers.

Experts say thousands of jobs in the tech sector would be disrupted if NAFTA fell apart.