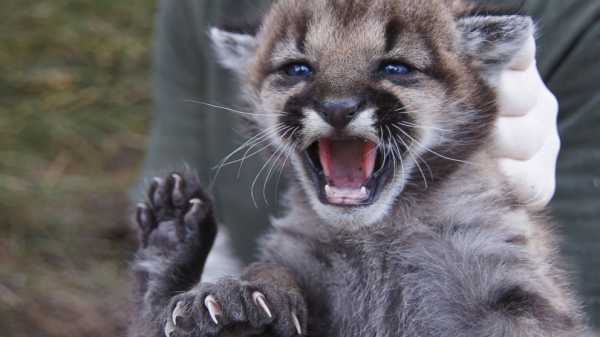 A Southern California mountain lion that was part of a study by federal biologists was found dead after apparently being struck by a vehicle, the National Park Service said Thursday.

The remains of the 5?-year-old female lion known as P-23 were recovered this week near Malibu Canyon Road in western Los Angeles County.

Biologist Jeff Sikich of the Santa Monica Mountains National Recreation Area said P-23 had been tracked since she was just a few weeks old. Biologists monitored her as she left her mother, established her own home range and had three litters of kittens.

Several years ago, there was news coverage of P-23 when she was photographed on top of a deer on a highway. Photos of the encounter went viral on the recreation area’s Facebook page.

“Unfortunately, her life came to an end prematurely due to the challenge of navigating the complex road network in this area,” Sikich said.

P-23 was the 18th mountain lion killed on a freeway or road in the study region since 2002. In contrast, one mountain lion has become famous for having somehow crossed freeways to take up residence in sprawling Griffith Park in the middle of Los Angeles.

Biologists have been studying the cougars to determine how they survive in fragmented wilderness amid metropolitan sprawl. Each member of the species, especially males, requires a very large home territory, and young cats face difficulties dispersing.

The obstacles also have brought about inbreeding, a serious problem for cougars in the Santa Monica Mountains.

P-23’s most recent kittens are now about 1 year old and biologists have been able to tag one of them, P-54.

Biologists believe the juveniles will be able to fend for themselves, the Park Service said.

Our information ecosystem is broken and dangerous. “It’s going to get worse,” says Obama