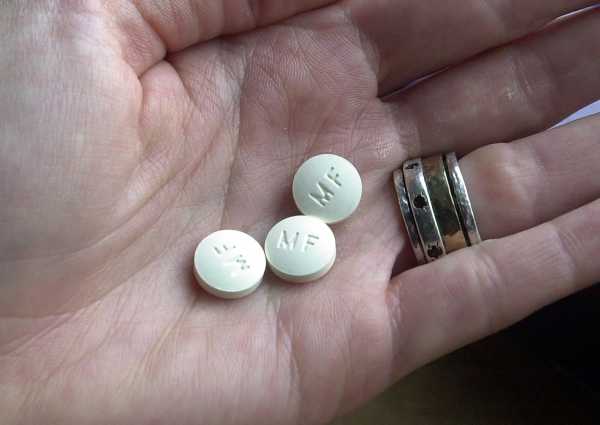 “Even if you’ve taken the abortion pill, you can still change your mind,” proclaims the website of a group called Alternatives Pregnancy Center.

The center offers what it calls “abortion pill reversal,” a treatment it claims can stop a medication abortion that’s already been started. Many organizations around the country are beginning to offer the procedure, and a growing number of states require that patients seeking abortions be told about it.

But there’s a problem. “All of the evidence that we have so far indicates that this treatment is not effective,” Daniel Grossman, an OB-GYN and the director of Advancing New Standards in Reproductive Health, a research group at the University of California San Francisco, told Vox.

Pioneered by an anti-abortion doctor in California, abortion “reversal” involves taking the hormone progesterone after the first dose of abortion medication. However, reproductive health experts, including the American Congress of Obstetricians and Gynecologists, say there’s no evidence the procedure actually works to stop an abortion from happening. And, they warn, no one knows what the side effects might be of taking progesterone in an effort to reverse abortion medication.

In fact, a University of California Davis study into the effects of abortion “reversal” had to be stopped early due to safety concerns after three patients were rushed to the hospital with severe bleeding, NPR reported on Thursday.

But Republican-controlled state legislatures are increasingly passing bills requiring doctors to tell patients about the possibility of abortion reversal. The latest is Ohio, where the state Senate passed such a bill in November; the legislation now goes to the state House for consideration.

Anti-abortion groups argue that progesterone is safe and the laws are just a way to make sure patients are aware of their options. But reproductive health advocates say pregnant people around the country are essentially becoming test subjects in an unscientific and unethical experiment.

“It’s one thing when states were forcing abortion providers to give information that was inaccurate about the risks associated with abortion,” Grossman said. “This takes it to a whole new level.”

A California doctor claims abortion medication can be “reversed” with progesterone

Typically, a medication abortion works like this: The pregnant patient takes a pill, called mifepristone, meant to stop the pregnancy from progressing. Then, up to 48 hours later, the patient takes a second pill, misoprostol, that induces contractions and causes the uterus to empty. Mifepristone has been FDA-approved since 2000, and the procedure works to end a pregnancy about 95-99 percent of the time.

But in 2012, Dr. George Delgado, a family medicine physician in San Diego who identifies as pro-life, announced that he had developed a method to reverse the process, according to NPR. If patients changed their minds about the abortion after taking mifepristone but before taking misoprostol, he said, taking progesterone could help the pregnancy continue.

In a paper published that year, he said that of six patients who had received progesterone injections after taking mifepristone, four were able to continue their pregnancies.

When his research came to the attention of anti-abortion advocates, states around the country started passing laws requiring doctors to tell patients that medication abortions could be reversed. The first, Arkansas, passed its law in 2015, and such laws are now on the books in at least eight states, though courts have blocked enforcement in some. Five states — including Arkansas, which expanded its requirements — have passed laws this year alone, according to HuffPost.

Ohio could become the sixth — the bill passed the state Senate last month and now heads to the House, where Republicans have a majority. The state’s Republican governor, Mike DeWine, has signed abortion restrictions in the past, including a ban on the procedure after about six weeks’ gestation, which has been blocked in court.

Abortion opponents and groups identifying as pro-life argue that abortion reversal laws are necessary to make patients aware of their options.

“Women should be given full, informed consent when they are considering an abortion,” Ingrid Skop, the chairman-elect of the American Association of Pro-Life Obstetricians and Gynecologists (AAPLOG), told Vox.

“Because the abortion pill regimen can be reversed,” she said, “they should be given that information.”

As the group noted, mifepristone on its own does not always work to end a pregnancy, with up to half of patients who take mifepristone alone remaining pregnant. That’s why mifepristone is prescribed with misoprostol to complete an abortion. So it’s possible that Delgado’s patients who remained pregnant would have done so regardless of whether they received progesterone.

In 2018, Delgado published another paper, this time looking at the effect of progesterone on 547 patients who took it after taking mifepristone. He found that in 48 percent of cases, the patient went on to have a live birth, with the rate going up to 64 percent if the progesterone was administered by injection.

Critics, however, point out that this paper was not published in a mainstream scientific journal but rather in Issues in Law and Medicine, a journal that has featured anti-abortion legal analysis as well as articles promoting the debunked theory of a link between vaccines and autism, as Rewire.News reports.

And according to Grossman, the design of the research may have inflated the success rate of the treatment. Some providers involved only prescribed progesterone after an ultrasound confirmed that the pregnancy was continuing, meaning that people for whom mifepristone didn’t work well to begin with may be overrepresented in the data.

In addition, Grossman said, it’s not clear from the paper whether patients were informed that the treatment was experimental. Delgado has not responded to Vox’s request for comment, but he told NPR that before his 2018 paper, he told patients that abortion “reversal” was a “novel treatment.” Now, he says, “we have a substantial amount of data. There is no alternative. And it’s been proven to be safe,” so, “why not give it a chance?”

Progesterone is sometimes prescribed during pregnancy for other reasons, like to prevent premature labor in the second and third trimesters, Grossman said. But there’s no data on whether it’s safe to give after mifepristone or to take throughout pregnancy, as “reversal” patients are sometimes advised to do.

“The impact on patients of mifepristone combined with high doses of progesterone is virtually unstudied,” Kathryn Eggleston, medical director of the sole abortion clinic in North Dakota, wrote in an affidavit obtained by HuffPost. Researchers do not know, she said, whether the combination could cause birth defects, for example.

Moreover, as Grossman noted, the prescription of an unproven treatment to pregnant women has disturbing echoes in America’s past. “We know that abortion patients are more likely to be women of color and low-income women,” he said, and these are “populations that have had research performed on them that was clearly unethical.” For example, in the 19th century, Dr. J. Marion Sims conducted gynecological research, including operations without anesthesia, on enslaved women.

Researchers did begin a study of abortion “reversal” that was designed to meet ethical and scientific standards. But they had to stop the study in July after three patients had to be taken to the hospital by ambulance with severe bleeding, Mara Gordon reported at NPR on Thursday.

The researchers were not able to gather enough data to determine whether progesterone is effective. But they say the fact that patients experienced bleeding suggests it may not be safe to stop a medication abortion regimen in the middle, taking mifepristone but not misoprostol.

“It’s not that medical abortion is dangerous,” Mitchell Creinin, an OB-GYN and professor at the University of California Davis who was the study’s lead researcher, told NPR. “It’s not completing the regimen, and encouraging women, leading them to believe that not finishing the regimen is safe. That’s really dangerous.”

Meanwhile, abortion providers say laws like the one proposed in Ohio will hamper their ability to ethically care for pregnant people.

It’s not clear how many people are currently being prescribed abortion reversal in the United States. But Skop, the AAPLOG chair, believes it is “very common” and says that most “pregnancy resource centers” — facilities that offer counseling with an anti-abortion bent, also called crisis pregnancy centers — offer the procedure. Obria, an anti-abortion group with facilities around the country that recently received a federal family planning grant from the Trump administration, advertises the procedure on its website.

It’s also not clear how patients who do get progesterone treatment pay for the medication. Unproven treatments are typically not covered by insurance, Grossman noted. Skop said that patients sometimes pay for progesterone out of pocket and that sometimes pregnancy centers may cover the cost.

Meanwhile, one of the biggest questions around abortion reversal is how many people really want to undo their abortions once they’ve started. Some say the number is significant. “Women do regret their abortions,” said Skop. “I’ve been practicing for 23 years, and I’m also the board chairman of a pregnancy resource center, and we see it frequently.”

But it’s possible that abortion reversal laws could actually lead to more regretted abortions. In her affidavit, Eggleston, the North Dakota provider, wrote that abortion reversal laws could encourage people to get medication abortions before they are ready to do so, by giving them the mistaken impression that the procedure can be easily reversed if they change their mind.

For Nickerson-Scott, meanwhile, the Ohio bill “just causes more hurdles” in a state where patients already have to go through a 24-hour waiting period and a total of three doctors’ appointments to complete a medication abortion. Instead, Ohio patients deserve “autonomy over their bodies,” she said. “We have to trust people that they are the expert of their lives.”

“I have never heard anyone who has come through our doors and who has told me that they have regretted their abortion,” Nickerson-Scott said. “What I do hear is, ‘Thank you for being here.’”

Update: This story has been updated with news that a University of California Davis study on the effectiveness of abortion “reversal” had to be stopped early due to safety concerns.

Progressives warn Warren and Sanders are undermining the movement by fighting