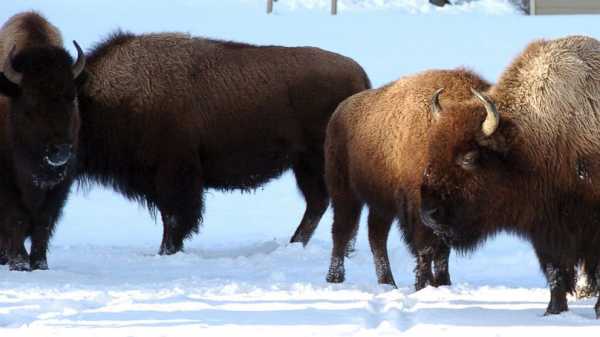 A federal judge has ordered U.S. wildlife officials to reconsider a 2015 decision that blocked special protections for the iconic bison herds that roam Yellowstone National Park and are routinely subjected to hunting and slaughter.

U.S. District Judge Christopher Cooper said in a ruling late Wednesday that the U.S. Fish and Wildlife Service could not “simply pick and choose” between conflicting science, after the agency rejected a study suggesting the park’s bison population might be too small to sustain its two herds.

Yellowstone’s 5,000 bison make up the largest remaining wild population of a species that once numbered in the tens of millions.

The animals, also called buffalo, are captured and slaughtered by state and federal agencies and killed by hunters during their winter migrations outside the park into Montana.

Wildlife managers expect to cull between 600 and 900 of the animals this winter, under a program intended to keep the park’s bison population at about 3,000 animals to guard against transmissions of brucellosis. The disease found in elk and bison is feared by Yellowstone-area ranchers because it can make cattle abort their young.

In a bid to stop the bison killing, wildlife advocates from the Buffalo Field Campaign and other groups sought protections for the herds in 2014.

They sued when their petition was denied, arguing the denial was politically motivated and made out of deference to the livestock industry.

The government’s reconsideration of protections will take several months at a minimum and is not expected to affect this winter’s capture and slaughter program.

Plaintiffs in the case said the judge’s ruling sends a message to the government that it can’t manipulate science to serve the interests of ranchers. But Buffalo Field Campaign director Ken Cole said it would likely take years to get protections in place that would stop the hunting and slaughter of park bison.

“There’s a lot of things the parks and the state can do to avoid listing” bison as protected under the Endangered Species Act, Cole added. “Let them use the habitat outside the park and not limit their numbers to the 3,000.”

In their lawsuit, the wildlife advocates pointed to a study from Texas A&M University that said the park’s two herds were genetically distinct from one another and should be managed separately.

A minimum of 3,000 bison are needed to ensure a single herd’s survival, suggesting a target of 3,000 animals for two herds was too low.

Government scientists rejected the claim, saying the distinction between the herds was artificially created.

Cooper determined the rejection was made too hastily. While the government may ultimately prevail in its argument, he said, it must at least “explain why the evidence supporting the petition is unreliable, irrelevant or otherwise unreasonable.”