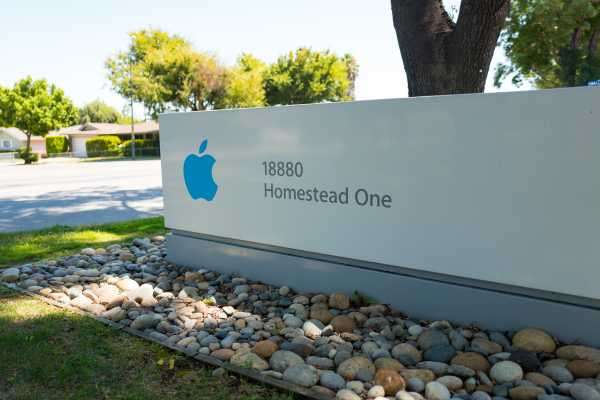 It’s not every day that a new hire at a major tech company unleashes employee outrage, a public departure, and debates around sexism in the workplace. That’s particularly true at Apple — a secretive company that stands apart from its largest tech rival Google, which has a history of workplace activism and a culture of employee dissent.

But that’s what happened on Wednesday, when Apple abruptly parted ways with a new advertising product technology employee, Antonio García Martínez, after thousands of employees questioned his hiring.

The situation shows how tensions over gender parity in tech have persisted since exploding in November 2018 during the Google Walkout and the Me Too movement. Even a company like Apple can’t entirely avoid being swept up in internal conflicts over fraught issues like sexism and political views that have caused rifts and PR crises across the tech industry.

Nearly 2,000 Apple employees signed an internal petition by Wednesday evening that criticized Apple’s decision to hire García Martínez, citing passages from his 2016 memoir, including one in which he described “most women” in the San Francisco Bay Area as “soft and weak, cosseted and naive despite their claims of worldliness, and generally full of shit.” Silicon Valley has long been plagued by gender bias issues and inequality, and Apple employees opposed to his hiring said it was unfair to expect women at the company to work with someone who’d expressed and never apologized for misogynistic views.

García Martínez, a former Facebook product manager and writer, has previously said that passage has been quoted out of context, because he was making a positive comparison to his former romantic partner, not making a statement about women in isolation. Some people in the tech industry supporting García Martínez argued that he’s being unfairly punished for his personal writing, which they say is tongue-in-cheek and not a serious reflection of his professional treatment of women.

Ultimately, Apple sided with the protesting employees when it announced that García Martínez was no longer working at the company, just hours after the employee petition was sent to Apple executive Eddy Cue, and soon after the petition — which one organizer told Recode was not intended to become public — was reported on by The Verge.

“At Apple, we have always strived to create an inclusive, welcoming workplace where everyone is respected and accepted,” an Apple spokesman sent in a statement. “Behavior that demeans or discriminates against people for who they are has no place here.”

The García Martínez petition marks one of the first known times that a sizable group of rank-and-file employees at Apple — a corporation known for a heads-down work culture — pushed back on a management decision with a petition, and actually succeeded in getting that decision reversed.

The whole thing also unfolded rapidly. The controversy began earlier this week when it became public that Apple had hired García Martínez to help build out Apple’s competing ads department.

When old passages from García Martínez’s book started going viral on Twitter, some Apple employees noticed and began organizing a petition internally at the company.

“We are profoundly distraught by what this hire means for Apple’s commitment to its inclusion goals, as well as its real and immediate impact on those working near Mr. García Martínez,” stated the letter, which goes on to demand an investigation into how García Martínez “published views on women and people of color were missed or ignored” in Apple’s hiring process. The letter called for Apple to take steps to prevent a similar situation from happening again.

The petition pointed to other passages in García Martínez’s memoir, including one in which he describes the physique of a former female colleague at Facebook (“composed of alternating Bézier curves from top to bottom: convex, then concave, and then convex again, in a vertical undulation you couldn’t take your eyes off of”), refers to an economically disadvantaged city in Silicon Valley as a “slum,” and compares a former Indian colleague to “bored auto-rickshaw drivers” in New Delhi who would “overcharge you” for a ride.

The petition didn’t specifically call for García Martínez to be fired, but it quickly gained traction and created pressure on the company to take action.

Even though many may find these passages from García Martínez’s book to be controversial, it should be noted that Chaos Monkeys was generally well-received by the tech press after it debuted in 2016 (including Recode, which interviewed him in an onstage panel at its 2019 Code Conference) — some criticism of sexism withstanding. Until recently, García Martínez was a regular freelance contributor to Wired. He has worked at at least one other tech company since publishing his memoir, other than Apple, according to his LinkedIn profile.

Which is all to say that, García Martínez’s writing, even if distasteful to some, has not obviously impacted his career until now. And some argue that in an earlier era at Apple — especially given the so-called “brilliant jerk” leadership style of former CEO and Apple co-founder Steve Jobs — that García Martínez’s writing might not have been such a major issue.

But in a post Me Too world, gender and racial equality is no longer seen as an afterthought in corporate life, especially not for rank-and-file employees. And women at the company raise an important question: Should they work with someone who has said he views most women in Silicon Valley as “weak”? And if those comments were truly made in jest, should Apple and/or García Martínez have publicly clarified that more explicitly?

An Apple employee involved in writing the petition, who spoke to Recode on the condition of anonymity for fear of professional repercussions, described their reaction to the news of Apple parting ways with García Martínez as “very celebratory but firm that this is only the first step,” and that organizers intend to continue pressing the company to investigate the circumstances around García Martínez’s hiring.

There are still many open questions around the situation — like if Apple was aware of García Martínez’s writing, if he was terminated or willingly resigned, and if he was given a chance to recant his earlier stated views before leaving.

Apple did not respond to Recode’s follow-up questions, and García Martínez declined to respond to a request for comment.

What we do know is Apple is just one example of how major companies across corporate America are having to grapple with the consequences of employing people who espouse views that seem to be at odds with their own stated goals on inclusivity in the workplace. On Wednesday, Apple found itself in the position of being publicly pressured by its own usually quiet workforce to stay accountable to that promise.