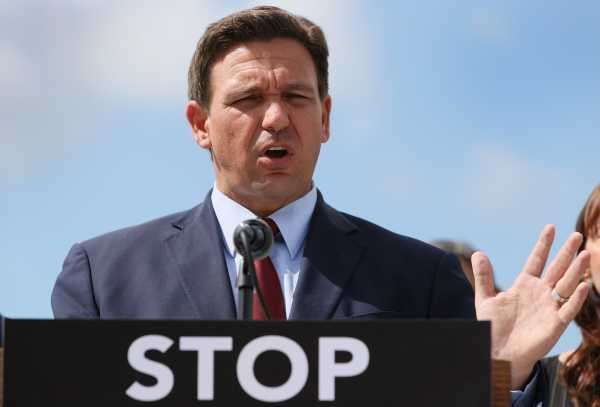 A controversial Florida law that would have prohibited certain social media platforms from banning political candidates or “journalistic enterprises” from their services has been blocked, hours before it was set to take effect. The law, which was largely seen as a response to perceived censorship of conservative politicians and media, was the first of its kind to be signed.

“We’re pleased the court ensured that social media can remain family-friendly by delaying Florida’s law from taking effect on July 1,” Steve DelBianco, president of NetChoice, an industry group that was one of the plaintiffs suing to overturn the law, said in a statement. “This order protects private businesses against the state’s demand that social media carry user posts that are against their community standards.”

The law was proposed by Gov. Ron DeSantis in January, shortly after then-President Trump was banned or suspended from multiple social media platforms — most notably Twitter, Facebook, and YouTube — for encouraging the January 6 insurrection of the Capitol building. The law also came after years of unfounded complaints from conservatives that Big Tech companies unfairly moderate their speech, and after the failure of Trump’s own multi-pronged attack on Section 230, a federal law that allows online platforms to moderate user content how they see fit. Research, however, has shown that platforms do not discriminate against conservative content. If anything, they do the exact opposite.

The Stop Social Media Censorship Act easily passed Florida’s Republican-majority House and Senate. DeSantis signed it into law in May, a move he celebrated on the same social media platforms he claims are unfairly censoring conservative politicians and made such a law necessary.

Among other things, the law would have fined social media platforms $250,000 per day for banning candidates for statewide office, and $25,000 for candidates for lower offices, and allowed the state and individuals to sue platforms if they feel the law had been violated. Additionally, any content that was “by or about” a candidate could not be “shadow banned,” or hidden or suppressed from the view of other users. The law only applied to social media platforms that did business in the state (basically, had users in Florida) and had an annual revenue of $100 million or at least 100 million monthly active users globally. Platforms owned by a company that also owned a theme park in the state were exempt.

Many experts said from the start that the law was on shaky legal ground. Industry groups that represent the Big Tech companies affected — NetChoice and the Computer & Communications Industry Association (CCIA) — sued the state to overturn the law a few days after DeSantis signed it, claiming it violated those companies’ First and 14th Amendment rights and that content moderation was allowed under Section 230.

The plaintiffs requested a preliminary injunction preventing it from taking effect before a court could decide its constitutionality. Both sides argued their case in front of federal judge Robert Hinkle on June 28. Hinkle made little effort at the hearing to hide his disdain for the law, saying it was “poorly drafted” and questioning why it offered an exemption for companies that operated theme parks in Florida — a seemingly naked attempt to give the state’s biggest tourist attractions special treatment even though none of them own social media platforms that the law would apply to.

So it wasn’t much of a surprise when Hinkle granted the plaintiff’s request for a preliminary injunction, saying that the law was “an effort to rein in social media providers deemed too large and too liberal” and “not a legitimate government interest.” It was also discriminatory and potentially violated the First Amendment free speech rights of Big Tech platforms, as it did not apply to the smaller platforms or any platforms owned by a company with a theme park in Florida.

Finally, the judge said the law “expressly” violated Section 230, which allows for platforms to moderate content and says no state may make a law that is inconsistent with Section 230.

The plaintiffs were pleased with the decision.

“This decision upholding the Constitution and federal law is encouraging, and reaffirms what we have been saying: Florida’s statute is an extraordinary overreach, designed to penalize private businesses for their perceived lack of deference to the government’s political ideology,” CCIA President Matt Schruers said in a statement. “The court’s ruling is a win for internet users and the First Amendment.”

Their case will now make its way through the legal system, but social media companies won’t be beholden to it in the meantime — unless, of course, the injunction is successfully appealed by the state. The governor’s office told Recode that it plans to appeal “immediately” and was “disappointed” by the decision.

“As Judge Hinkle seemed to indicate during this week’s hearing on preliminary injunction, this case was always bound for the 11th Circuit and the appeals court will ultimately make its own decision on legal conclusions,” Christina Pushaw, DeSantis’s press secretary, said. “Governor DeSantis continues to fight for freedom of speech and against Big Tech’s discriminatory censorship.”

Regardless of what ultimately happens to DeSantis’s law, he got to take his shot at Big Tech and repeat unfounded claims popular with many in the Republican Party — and in the process, he gained political capital for his anticipated 2024 presidential run.