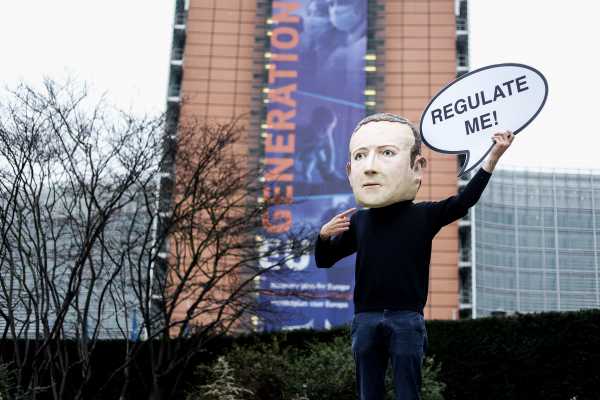 Now that we’ve had a few days to see how it’s played out, it seems like the general consensus from media experts is that no one is a winner here, but Facebook at least has a point. Many experts also just don’t like the proposed Australian law that inspired Facebook’s move. So while Facebook was right to balk at the law, the way it went about registering its objection was too abrupt, clumsy, and potentially harmful.

By also demonstrating the sizable role the platform plays in keeping users informed, Facebook is taking what could be a huge gamble. On one hand, it could prompt the Australian government to come up with a law that Facebook prefers so that it’ll reverse the news block — the outcome Facebook almost certainly prefers other than there being no new law at all. But the situation could just as easily prove just how much market power Facebook has. This, in turn, might make the case for regulations to check Facebook’s power that much stronger.

The News Media and Digital Platforms Mandatory Bargaining Code — which is currently making its way through the Australian parliament and will likely pass before its session ends on February 25 — will require Facebook and Google to negotiate payment agreements with news organizations if they allow users to share news content on their respective platforms. If they don’t, an arbiter will figure out a payment agreement for them. Google and Facebook initially threatened to pull their services from the country if the law were to pass, but, as that passage looked more and more likely, their responses were very different. Google started making deals with publications. Facebook, “with a heavy heart,” cut the country off at the knees by banning news outlets altogether.

The ban didn’t just affect the news, however. While Facebook told Recode that it intended to take “a broad definition in order to respect the law as drafted,” the company appears to have been overzealous in its banning. Facebook blocked a lot of pages and links that weren’t news, including charities, bike trails, Facebook itself, and government agencies, including health sites, as the country prepares to begin its Covid-19 vaccine rollout. Either Facebook’s block was hasty and careless, or it was spiteful — or it was a combination of both. In any case, it wasn’t a good look.

“Facebook managed to turn attention away from a flawed piece of legislation and on to its own reckless, opaque power,” wrote Emily Bell, director of the Tow Center for Digital Journalism at Columbia University’s Journalism School. “Even for a company that specializes in public relations disasters, this was quite an achievement.”

Techdirt founder and media analyst Mike Masnick, on the other hand, thought Facebook was perfectly within its rights to do what it did. He even argued that the news ban is in the best interests of a “free and open internet,” as the Australian law will force Google and Facebook to pay a “link tax” that he feels is “inherently problematic.”

“A bunch of lazy newspaper execs who failed to adapt and to figure out better internet business models not only want the traffic, they also want to get paid for it,” Masnick wrote. “This is like saying that not only should NBC have to run an advertisement for Techdirt, but it should have to pay me for it. If that seems totally nonsensical, that’s because it is. The link tax makes no sense.”

Many of those who criticize the new Australian law point out that Rupert Murdoch, whose News Corp dominates Australian media, likely stands to gain the most from it. After all, when enacted, the law would require Google and Facebook to pay Murdoch, who used his considerable influence on the Australian government to push for legislation like this for years. Case in point: News Corp has already made a multi-year, multi-million-dollar deal with Google (Facebook’s ban was announced and implemented just hours after the Google-News Corp deal was announced). Australia’s other media giants, Seven West Media and Nine Entertainment, also worked out big deals with Google. But it remains to be seen how the law — or the threat of it — would benefit smaller publishers that don’t have the same resources or power to negotiate deals with one of the biggest companies in the world.

Among those who have a problem with the law itself, many agree with the motivation behind it: Google and Facebook have benefited from the news industry. The platforms get traffic from users who are reading and sharing the news, but more importantly, they dominate the digital ad industry. Because most news outlets rely heavily on digital ads for revenue, they’re almost forced to agree to Facebook’s and Google’s terms and prices. So the tech giants get a nice cut from those ads, while news publications have effectively lost their business model.

That dominance — and the media’s decline — is why the law was the recommendation of the Australian Competition and Consumer Commission (ACCC), which has been looking into Google and Facebook for years. Commissioner Rod Sims has said that he believes the two have too much market power, and the law is needed for media companies to have a chance at a fair deal for a cut of the profits those platforms have made off of their content.

Prime Minister Scott Morrison strongly urged Facebook to reconsider and “friend us again,” saying that the block was “not a good move” and may well have ramifications for the company beyond Australia’s borders. Canada, France, and the European Union are believed to be considering similar laws, and the United States is pursuing antitrust actions against Facebook, Google, and other Big Tech companies, both on state and federal levels.

“There is a lot of world interest in what Australia is doing,” Morrison told the Associated Press. “That’s why I invite, as we did with Google, Facebook to constructively engage because they know that what Australia will do here is likely to be followed by many other Western jurisdictions.”

Morrison added: “It’s not okay to unfriend Australia because Australia is very friendly.”

But some of Australia’s 13 million Facebook users were not feeling very friendly in the aftermath of the block. A number of them told Recode that they saw Facebook’s move as an abuse of power, and feared they would now miss out on important news or emergencies, or that the news vacuum caused by the block would be filled with more misinformation. But one Recode reader had a different view: He hoped people would seek the news out on their own, rather than only reading whatever headlines were shared by friends.

“I would be much more comfortable if all Aussies got their news direct from the source,” he said. “I think this would be best for quality journalism and the strength of our democracy.”

It looks like some Australians are trying to do just that: The Australian Broadcast Company’s app was the most downloaded app in Australia’s App Store in the days following the ban.

We’ll see how things progress. And if you live in Australia, you’ll have to go directly to your favorite news website for updates.

Airbnb is rolling out new screening tools to stop parties

Amazon to raise seller fees for holidays amid rising costs