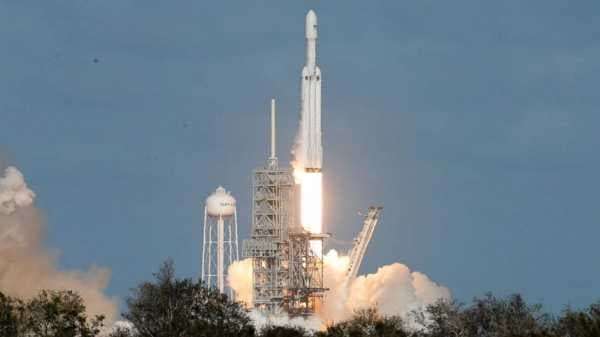 No car has been sent to space before. The Federal Aviation Administration had to sign off on the Heavy-Tesla combo, according to federal officials.

If all goes as planned, the Falcon Heavy and its unusual cargo will be orbiting for a billion years, Musk told reporters yesterday.

When asked what he sees for the future of the Falcon Heavy, Musk said it’s “up to customers” on what they want to launch.

“It can do anything you want,” Musk said in a press conference Tuesday afternoon, including sending people to the moon and launching things to Pluto.

President Donald Trump was even watching the proceedings, as he took to Twitter Tuesday night to congratulate Musk. The two haven’t always been on the best of terms. Musk bailed on Trump’s advisory council, along with a host of other tech executives, last summer over the president’s decision to withdraw from the Paris climate accord.

The Falcon Heavy has three first-stage boosters, strapped together with 27 engines in all. Stretching 40 feet (12 meters) at the base and standing 230 feet (70 meters) tall, the Heavy is a triple dose of the Falcon 9, the company’s frequent flyer with just a single booster. At liftoff, the Heavy packs about 5 million pounds of thrust.

Two of the boosters returned minutes later for simultaneous, side-by-side touchdowns at Cape Canaveral. The third booster crashed into the ocean at 300 mph, spraying the barge it was supposed to land on with shrapnel, Musk said. 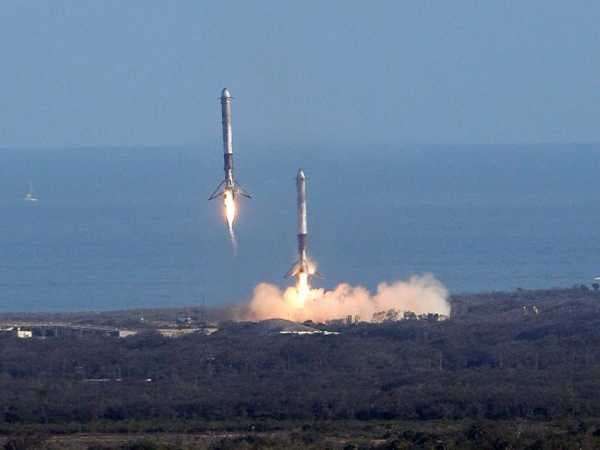 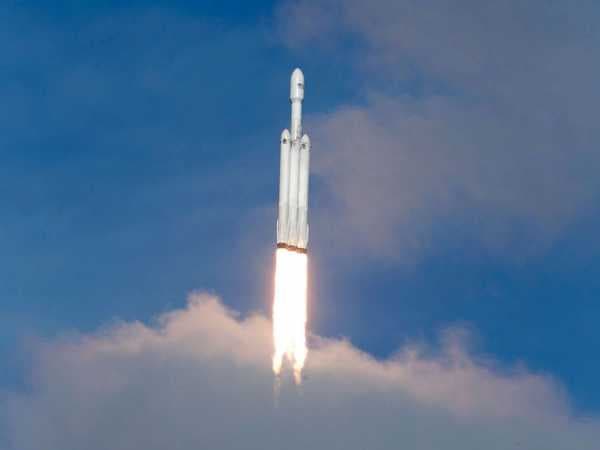 Now zooming through space at 11 km per second, the Falcon Heavy exceeded expectations. Musk described the images being received from space as “crisp.”

“You can tell it’s real because it looks so fake,” he said.

“Because, it’s like, this is way harder than we thought,” Musk said.

SpaceX is targeting a long, oval orbit around the sun for the Roadster that will take the car as far out as Mars, and have it making laps for a billion years.

Even Buzz Aldrin, a pilot on Apollo 11 and one of the first men to walk the moon, was in attendance to see what all the hype was about. Aldrin was stopped by Bill Nye the science guy to take a selfie in celebration of the rocket launch, which Nye posted on Twitter.

Two of its rocket boosters returned to Earth, landing on pads at Cape Canaveral.

When asked by a reporter what he learned from the launch of the Falcon Heavy, Musk replied, “Crazy things can come true.”

“I didn’t really think this would work,” he said.