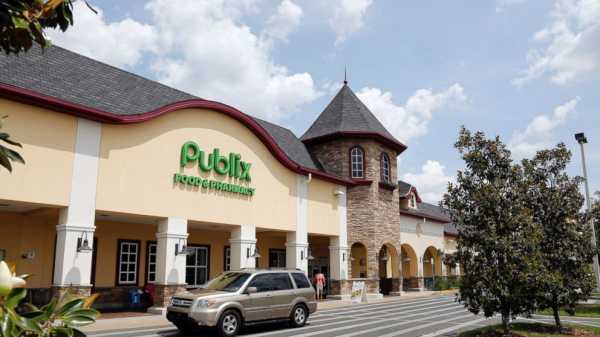 The Southeast’s largest supermarket chain announced Tuesday that it is changing its employee prescription plan to cover a drug that helps prevent HIV infections, remedying an omission that doctors and gay rights groups said was highly unusual.

Publix announced its change in a Twitter reply to Florida state Rep. Carlos Guillermo Smith, an Orlando-area Democrat who had met with company officials Monday to discuss their refusal to cover Truvada for PrEP. The 6-year-old drug is more than 95 percent effective in preventing the contraction of human immunodeficiency virus, which can cause AIDS. It is usually prescribed to HIV-negative gay men and other people at higher risk of infection.

The issue came to light again recently when a website, The Body, noted that a former Publix employee had been denied coverage for PrEP. The Associated Press began reporting on the issue last week but Publix did not respond to numerous calls and detailed messages at that time.

Smith tweeted about his meeting with Publix officials late Monday night, saying they confirmed the decision not to cover the drug but would not say if it “was based solely on cost or some absurd moral objection they have to PrEP.”

Early Tuesday, Publix replied that it had reconsidered its position and would cover PrEP, saying the company is “committed to the health and well-being of our associates and families.” It issued a statement reiterating its Twitter replies Tuesday afternoon.

Publix officials told Smith during the meeting that the company doesn’t usually cover prescriptions to treat a condition an employee might get in the future, but he pointed out it does cover birth control. He said he walked them through a situation where an HIV-negative employee is in a relationship with someone who is HIV-positive. Covering the employee’s PrEP is both morally and financially sound, he said.

“I think they know and understand that this is the right thing to do for their employees,” said Smith, one of two openly gay legislators in Florida.

Dr. David Holland, chief clinical officer for communicable diseases at the Fulton County Board of Health in Atlanta, said that since 2015 the county’s HIV prevention program has prescribed Truvada for PrEP 255 times. He confirmed that the former Publix employee, a Georgia resident, had been denied coverage — the only such case he’d seen. Holland said some patients take it for a short time when they are at highest risk; others, for years.

The former employee told the AP last week that he left Publix at the end of 2016 after being with the company for a year, primarily over the drug issue. He said his new employer pays for his PrEP prescription, which costs about $1,500 a month for individual buyers. Insurance companies typically negotiate discounts with pharmacies. The man asked that his name and occupation be withheld to protect his privacy.

The Centers for Disease Control and Prevention says the average lifetime cost of treating a person who becomes HIV positive at 35 is $449,000. That does not include treating anyone else the person might infect.

Publix has 188,000 employees at 1,169 stores in Florida, Alabama, Georgia, the Carolinas, Tennessee and Virginia. The chain usually scores well on surveys of customer and employee satisfaction but has received low scores from the Human Rights Campaign, a gay rights group. It called Tuesday’s decision “a positive step.”

Smith said Publix scores low with the group because it does not include protections for gay or transgender people in its anti-discrimination policies and didn’t recognize same-sex relationships until just before gay marriage became legal in Florida.

Scott Schoettes, HIV project director at Lambda Legal, a gay rights organization, said it is unclear whether companies are legally required to cover Truvada for PrEP. He said a refusal might be considered unlawful discrimination against a person’s sexuality or HIV status, but no case has gone to court. He said he is unaware of any other large employer refusing to cover Truvada for PrEP.

“Whether or not it is illegal, it is misguided from both a health perspective and an economic perspective. You don’t have to be a rocket scientist to know that it is better and cheaper if someone isn’t infected,” he said.

As preventative measures and education have improved, the CDC says the number of U.S. residents contracting HIV dropped to 37,600 in 2014, the latest year available — an 18 percent decline since 2008.

This story has been corrected to show Smith is one of two openly gay legislators in Florida.