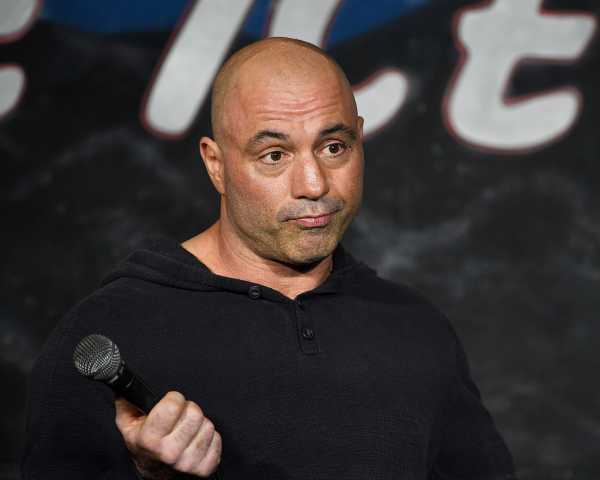 Joe Rogan is one of the most popular talk show hosts in the world, a hero to politically disenchanted men across America in particular. The Joe Rogan Experience covers an eclectic range of topics, from sports to science to politics, and has millions of dedicated followers on YouTube alone. Rogan has described himself as “left on everything” politically, and said on Tuesday that he would likely vote for Sen. Bernie Sanders in the Democratic presidential primary.

It’s the kind of endorsement that strengthens Sanders’s electability argument: that he can reach out to audiences beyond progressive activists.

But when the Sanders campaign made a short video trumpeting Rogan’s announcement on Thursday, it immediately kicked off a controversy over whether the campaign should have trumpeted the endorsement so publicly. Rogan, despite his claims to be left-wing, also has a very long history of offensive commentary, especially about trans people. He’s had friendly interviews with right-wing extremists like Milo Yiannopoulos, Candace Owens, and Alex Jones — and even voiced some support for 9/11 conspiracy theories.

The progressive world immediately split into competing camps. Some are arguing that Sanders was right to trumpet Rogan’s support because beating Donald Trump will require alliances with people who you disagree with on some issues. Others argue that Rogan’s views on transgender people — in a 2013 show, he referred to a trans woman as “a fucking man,” saying, “I don’t care if you don’t have a dick anymore” — should place him beyond the pale, just as an endorsement from a prominent racist would.

This Twitter exchange between two prominent left-leaning Washington, DC, journalists — the Justice Collaborative’s Chris Geidner, a longtime reporter on law and LGBT issues; and the Intercept’s Ryan Grim, who covers Democratic Party politics — cuts to the core of the disagreement:

This is one of the most revealing spats in the 2020 primary so far. It touches on a core moral question about politics: What views should render someone unacceptable in polite discourse? It’s also a dispute about how to win in 2020. Should Democrats water down some of their commitments to win over potential Trump voters and, if so, which views?

And it’s also yet another piece of ammunition in the war over Sanders among progressives, a sign that the 2016-era fight over how much he can be trusted on issues other than economic inequality still hasn’t been settled.

Why you should care about Joe Rogan’s endorsement

For about 10 years, Rogan has been the host of The Joe Rogan Experience, an internet talk show that’s become astonishingly popular both in podcast and video form on YouTube. It’s been the No. 1 or 2 show in the world on Apple Podcasts for the past few years; its YouTube channel, PowerfulJRE, has over 7 million subscribers.

It’s given a new relevancy to the 52-year-old media veteran. He started his career as a standup comedian, starred in the ’90s sitcom NewsRadio, and then worked as the host of the gross-out reality show Fear Factor from 2001 to 2006. He’s also a passionate mixed martial arts fan who has worked as an announcer at MMA fights.

Rogan’s show is a meandering interview series with a very strange panel of guests that reflect the host’s personal interests, ranging from MMA fighters to comedians to evolutionary biologists to Dr. Phil. His most famous episode is a 2018 interview with tech mogul Elon Musk, in which Musk smoked a blunt with Rogan and floated a proposal to sell his company stock at $420 (get it?). The interview kicked off a panic in the business world about Musk’s mental competency.

Rogan is an engaging host, one who lets conversations float freely on a range of diverse and often quite interesting topics. When you watch some of Rogan’s more thoughtful interviews, it’s easy to understand why he has such a big cult following.

But the show’s treatment of politics, a common topic in the interviews, is something else entirely. While Rogan claims to be left-wing, the show’s principal political enemy appears to be liberal identity politics. He’s a leading light of the “Intellectual Dark Web,” the loose confederation of anti-PC thinkers including Canadian psychologist Jordan Peterson and right-wing gadfly Ben Shapiro. In fact, the question that led to his Sanders endorsement came from one of the IDW’s chief popularizers, New York Times columnist Bari Weiss.

Rogan’s contempt for political correctness comes through throughout the show. In a 2013 episode, for example, he “joked” that seeing a screening of Planet of the Apes in a mostly black neighborhood was “walk[ing] in to Planet of the Apes.” He described the experience of finding out that his comedy hero Richard Pryor had sex with men as “a spike to the heart.”

He has a particular distaste for the trans rights movement. In a 2017 JRE episode with Shapiro, he describes his radicalization on the issue as stemming from anger at Fallon Fox, a trans woman who competed in women’s MMA fights:

This very short paragraph contains all the classic tropes of transphobia: a denial of the authenticity of trans people’s identity, an insinuation that they’re a threat to cis folks, and a claim that they’re using their gender identity to somehow get ahead in life. It is, to quote Rogan, ugly, and one of many such examples when it comes to trans issues. 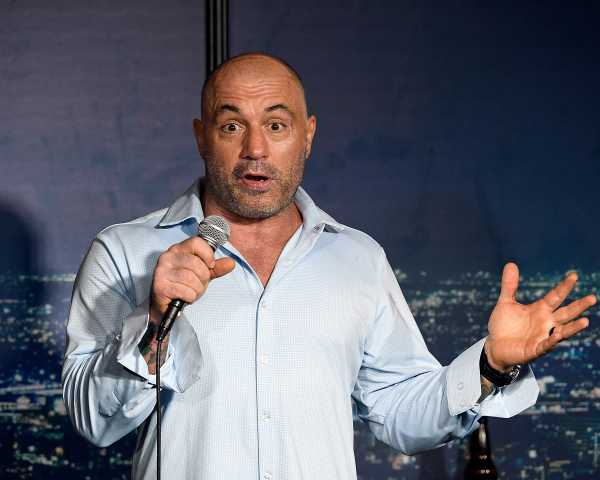 Trying to understand the nature of The Joe Rogan Experience, what connections there are between its often-offensive content and immense popularity, is a kind of tricky question. One plausible conclusion, exemplified by this piece by Slate’s Justin Phillips, is that they’re deeply intertwined — that the show succeeds because it’s a kind of dangerous faux-intellectualism for shallow bigots:

A second and opposing view, embodied in an Atlantic feature by Devin Gordon, is to understand Rogan as a way to reach a unique and underserved audience of men. “Most of Rogan’s critics don’t really grasp the breadth and depth of the community he has built, and they act as though trying is pointless,” he writes:

It is the gulf between these two ways of seeing of Rogan and the subculture he speaks to that defines the debate over how Sanders should have handled Rogan’s endorsement.

Joe Rogan, Bernie Sanders, and the big debates about 2020

The online backlash started more or less immediately on Twitter, with numerous high-profile users accusing the campaign of promoting a transphobe. Via email, Sanders campaign spokesperson Briahna Joy Gray argued that these criticisms were largely off-base.

“Sharing a big tent requires including those who do not share every one of our beliefs, while always making clear that we will never compromise our values,” she writes. “The truth is that by standing together in solidarity, we share the values of love and respect that will move us in the direction of a more humane, more equal world.”

There’s a lot implied in both the initial arguments against releasing the video and Gray’s response. Broadly speaking, the issues under debate deal with three different issues: one moral, one tactical, and one about the identity of the Sanders campaign itself.

Let’s start with the moral dispute: whether someone with Rogan’s views should be outside the realm of acceptable political discourse.

On the one hand, politics inevitably requires a degree of compromise and coalition-building. You simply can’t win elections and pass laws without appealing to a broad group of people who disagree internally, and in a country like the United States that will likely include some people with social views progressives find odious.

At the same time, though, there has been an idea that some people’s views are so odious that they can never be acceptable political partners. In 2008, for example, Nation of Islam leader and notorious anti-Semite Louis Farrakhan endorsed Barack Obama for president. Obama denounced Farrakhan’s bigoted comments but faced criticism for not saying more explicitly that he rejected the endorsement itself. Virtually everyone called on Donald Trump to reject former Ku Klux Klan leader David Duke’s endorsement in 2016; the fact that he didn’t really do it kicked off a major political firestorm.

The question, then, is where Joe Rogan falls on this spectrum. Is his history of offensive comments, especially about transgender people, so odious that the Sanders campaign shouldn’t ethically promote him, or maybe even should denounce him? Or is it a case where trumpeting Rogan’s support is worth it for the greater good of beating Trump?

The idea that Rogan’s endorsement is helpful to the Sanders campaign also depends on a particular theory of victory: the idea that winning the White House requires appealing to both disaffected non-voters and working-class, non-college whites who populate the Rust Belt states. You hear this sort of argument a lot from the Sanders campaign and its media surrogates, particularly at the flagship socialist publication Jacobin. In this view, Rogan’s audience is a uniquely persuadable subset of these people, which helps explain why Sanders actually appeared on Rogan’s show last August.

A competing vision, though, is that focusing on winning over these demographics — which include a healthy number of Trump supporters — is a huge mistake because they’re animated primarily by their resentment of marginalized groups, and winning them over would require selling out the Democratic base: racial minorities and women and LGBTQ voters. Any gains, in this view, would be offset by depressed turnout in the base.

There’s a lot of room for nuance here. It can be true that, broadly speaking, the second view is correct, but also that the Sanders campaign rejecting the endorsement would still ultimately do more harm than good because Rogan’s fans are obsessive, while most non-fans don’t care all that much. It’s possible the smartest move politically would have been to say nothing about Rogan’s comments, letting it reach his hardcore fans without trumpeting it to a more mainstream audience (and kicking off a controversy).

But broadly speaking, the differences in big-picture strategic assessment help explain why Sanders and his allies are at odds with other people in the progressive camp.

And this brings us to the last question: How much has Sanders learned from his last presidential run?

Throughout the 2016 campaign, Sanders was dogged by accusations of disinterest in identity issues — of having a monomaniacal socialist focus on economic inequality and class that led him to sideline other vectors of oppression. The Sanders campaign has worked to address this concern in 2020, building a strong base of support in minority communities (particularly among young voters) and putting forward highly progressive plans on issues like criminal justice and immigration.

But the scars from 2016 aren’t entirely healed over. Trumpeting Joe Rogan’s support plays right into this axis of conflict. Rogan isn’t particularly offensive to the left on class issues; his worst excesses all come on other identity-based concerns. Deciding to highlight his support so prominently will play to stereotypes, justified or not, about what Sanders really cares about.

The fight over Bernie Sanders and Joe Rogan is, in short, not really a fight about Joe Rogan. It’s a fight over the direction and identity of the Democratic Party at a moment when Sanders is rocketing up in the polls — a debate over who he is, and whether he has the right values and judgment to lead the party.

What is Quibi? The new short-form streaming service for your phone, explained.