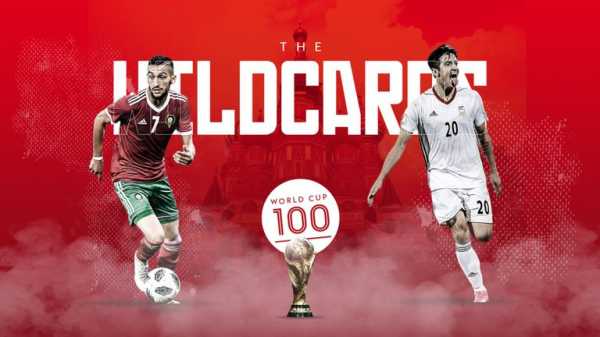 We continue our World Cup 100 series with a look at 20 of the best players set to compete in Russia who you have probably never heard of.

The action gets underway when the hosts take on Saudi Arabia on Thursday, but which lesser-known players could make a big impact during the tournament?

From a Moroccan playmaker to a Uruguayan destroyer, check out our wildcard selection below.

Ziyech provoked anger in the Netherlands when he pledged his international allegiance to Morocco despite representing the Oranje at youth level, but the decision seems to have paid off for him. He heads into the World Cup after winning the Player of the Year award in the Eredivisie, scoring nine goals and providing 15 assists in 34 appearances for Ajax.

For many viewers, this World Cup will provide a first glimpse of a player long-dubbed the ‘Iranian Messi’. Azmoun, 23, is already familiar with the host country having spent the last five years playing for Rubin Kazan and Rostov. He will be eager to live up to his billing on the international stage.

Pavon is unlikely to feature prominently given the competition for places in Argentina’s star-studded attack, but the Boca Juniors striker is more than capable of making an impact if called upon. He earned his place in the squad after an impressive breakthrough last year, and has previously been linked with Arsenal.

The 22-year-old is one of South Korea’s most promising young players. A fast and versatile forward, Hee-chan helped Austrian side Red Bull Salzburg to the Europa League semi-finals last season and has already been mooted as a potential Premier League target.

Dendoncker is one of the lesser-known names in the Belgium squad but he seems to be destined for big things. The Anderlecht midfielder was reportedly close to joining West Ham in the January transfer window, and he might not have to wait long to get a move to a bigger club. 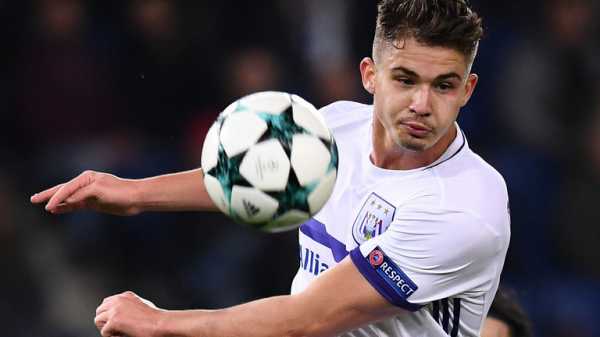 The 36-year-old is Panama’s joint-top scorer with 43 goals in 105 appearances, and he will be eager to add to that tally in Russia. Tejada has represented more than a dozen clubs during a nomadic career, but he has already confirmed his intention to retire from international football after this summer’s tournament.

Linetty has become an important player for Poland in the last two years, during which time he has also established himself at Sampdoria. The 23-year-old midfielder has made 67 appearances for the Italian club since his arrival from Lech Poznan in 2016, and he is expected to start for his country in Russia.

Mahmoud Hassan, known as ‘Trezeguet’ due to his resemblance to the former France striker, will be eager to show that there is more to Egypt than Mohamed Salah. The 23-year-old striker impressed for Turkish side Kasimpasa on loan from Anderlecht last season, scoring 13 goals in 31 league appearances.

Urena has had an eclectic club career, having spells in Russia, Denmark and the United States as well as his homeland. The striker currently plays for Los Angeles FC, the newest franchise in MLS, and could spearhead Costa Rica’s attack in Russia.

Jedvaj has long been seen as a future star of Croatian football, so could this be his breakout tournament? The 22-year-old broke into Dinamo Zagreb’s first-team at the age of 17, and now plays for German side Bayer Leverkusen following a brief stint at Roma. He is comfortable at either centre-back or right-back.

Jorgensen was a transfer target for Newcastle in January and with Nicklas Bendtner injured, he could feature prominently for Denmark in Russia. The Feyenoord striker was Eredivisie top scorer in 2016/17. He has scored eight goals in 28 games for the national side. 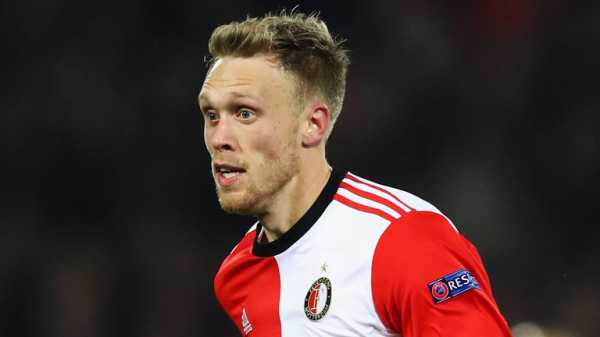 Finnbogason is likely to feature prominently in Russia having scored in each of Iceland’s last two friendlies against Ghana and Norway. The 29-year-old was the Eredivisie top scorer with Heerenveen in 2013/14, scoring 29 goals, and he heads into the World Cup having scored 12 goals in 22 games for German side Augsburg.

The versatile Etebo is one of Nigeria’s most highly-rated players. He spent the second half of last season on loan at La Liga side Las Palmas from Portuguese outfit Feirense, filling in everywhere from defensive midfield to striker. He won the Most Promising Talent of the Year award at the 2015 CAF Awards.

Torres is a hero in Panama having scored the goal which sealed their qualification to the first World Cup in their history. The dreadlocked 32-year-old, who plays for MLS side Seattle Sounders, has a tattoo of the moment on his leg and also has a habit of wearing t-shirts with his own face on. 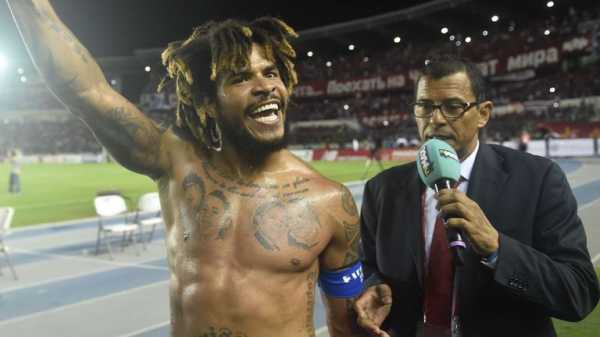 A pacey left winger who stands at just 5ft 5ins, Flores will be eager to make his presence felt in Russia. The 24-year-old plays his club football for Danish side Aalborg having previously had a spell in Villarreal’s B team. He scored five goals during Peru’s qualifying campaign.

Smolov is Russia’s main striker and probably their best hope of making it out of Group A. The 28-year-old has scored 12 goals in 32 appearances for his country and has an excellent record for his club Krasnodar. Since joining them from Dynamo Moscow in 2014, he has netted 52 goals in 73 league appearances. He was linked with West Ham during the January transfer window.

Al-Sahlawi will be Saudi Arabia’s man to watch in Russia. The 31-year-old, who plays his club football for Al-Nassr, has an impressive scoring record both for club and country, but can he cut it at the highest level? The World Cup will test his credentials.

Like many of Serbia’s best players, Jovic came through the youth ranks at Red Star Belgrade. The striker, 20, then moved to Benfica in Portugal, and spent last season on loan at German side Eintracht Frankfurt, where he impressed, scoring eight goals in 21 appearances – only nine of which came as starts. 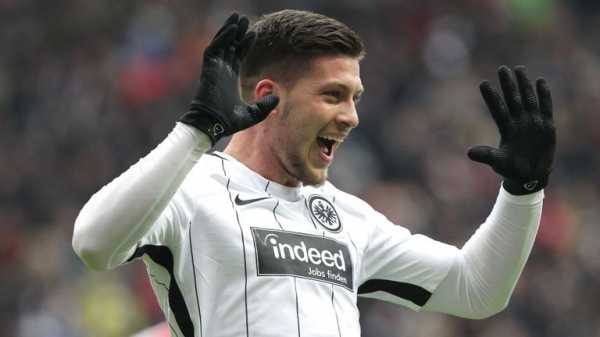 Bronn was born in France and had unspectacular spells at Cannes and Chamois Niortais before earning a move to Belgian outfit Genk last summer. The defender, who is known for his attacking raids, impressed enough to win his place in Tunisia’s World Cup squad. He is one of the youngest players in their squad.

He may stand at just 5ft 6ins tall but Lucas Torreira is a big presence in midfield. The 22-year-old has only missed two league games in two years since joining Serie A side Sampdoria, where his impressive performances have reportedly attracted interest from Arsenal.