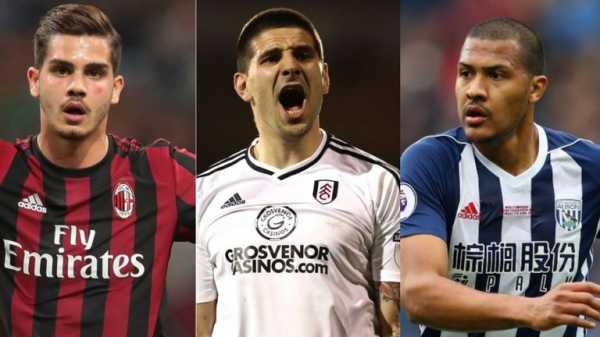 It has been over six weeks since Wolves secured their return to the Premier League after a six-year exile, but Fulham have only just discovered they will be joining Nuno Espirito Santo’s side and Cardiff in the top flight next season.

Wolves clinched the Championship title in style, collecting 99 points in their 46 matches and they were guaranteed promotion on April 14 when Fulham were denied victory by a late leveller against Brentford at Craven Cottage.

The Midlands club are expected to flex their financial muscle in the coming weeks under their Chinese owners and with the help of influential Portuguese super agent Jorge Mendes, but Fulham and Cardiff may have to be more shrewd with their business.

We assess the squads and potential areas in need of improvement… 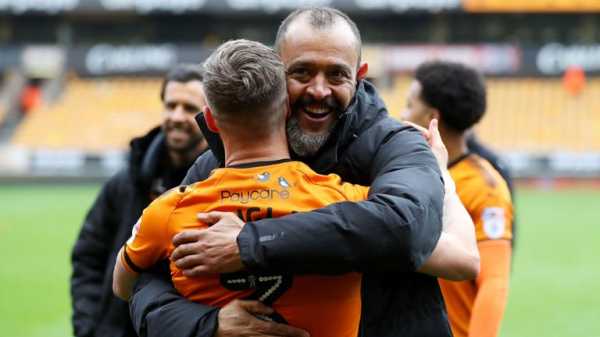 Having achieved promotion with four games to spare, Wolves will be itching to find out who they are facing on the opening day of the new season, but they will also be anxious about losing their star player Ruben Neves.

Neves has been linked with Juventus and Liverpool but having yet to prove himself in the Premier League, the midfielder signed for £15.8million last summer is even more likely to remain at Molineux after Fabinho completed his move to Anfield.

The main areas that require adjustment are at both ends of the pitch; John Ruddy has previous Premier League experience predominantly with Norwich and he made the Championship team of the season but the club are expected to seek competition between the sticks.

Stoke’s Jack Butland was the subject of a reported £35million bid earlier in the summer, while Rui Patricio, Jose Sa and Bernd Leno have also been linked.

AC Milan’s unsettled forward Andre Silva has been lined up as a potential record signing with at least £27million needed to prise him away from the San Siro. 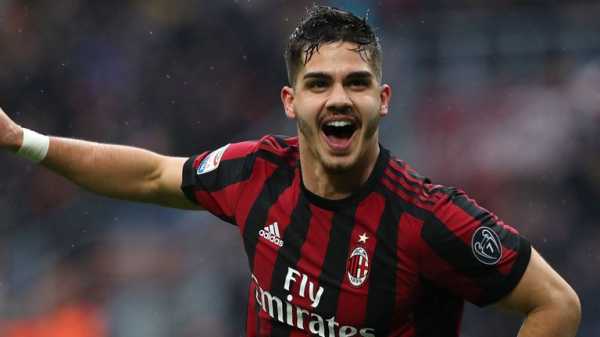 The Midlands club are close to completing a deal to sign Porto defender Willy Boly on a permanent basis, according to Sky Sources. Wolves have the option to sign the 27-year-old for a fee in the region of £10m.

Any clues from the manager and hierarchy?

Espirito Santo said in April: “I am very cautious of what’s going on. The summer is important, to have decisions on the squad and then we will see.

“We have to improve and work hard but we cannot say we are going to fight for the top 10. That will be a big mistake.

“We go to August 11, that’s step one, then the next game. Honestly the decisions of the team are based on how you are progressing and what you are achieving. 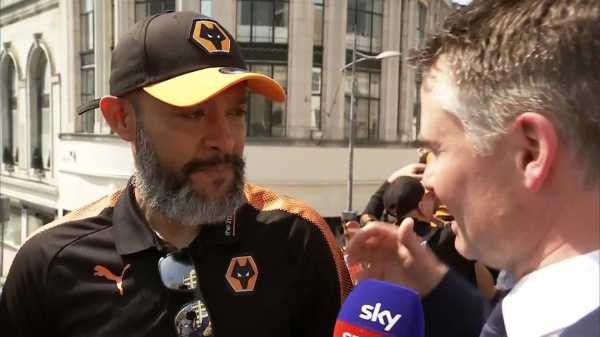 Wolves boss Nuno Espirito Santo is not thinking about the Premier League just yet as the club parade the Championship trophy.

“You cannot say what’s going to happen in December.”

Wolves sporting director Kevin Thelwell told the Express & Star: “It’ll be quality over quantity. We’re looking at having a smaller group of senior players, supported by a strong group of young and hungry players.

“Nuno prefers to work with a leaner squad so without question we’re looking at that model, a squad of maybe 19 or 20 seniors and the rest will be younger players who are going to grow with us.” 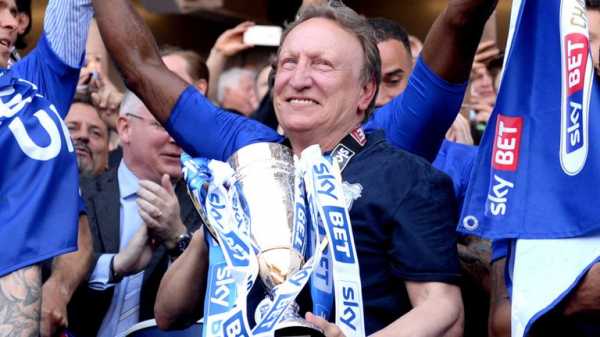 The Bluebirds return to the Premier League for the first time since 2014 having secured automatic promotion with a goalless draw with Reading on the final day of the season.

It was Neil Warnock’s record eighth career promotion, but he will be desperate for Cardiff’s stay to be somewhat longer than their last brief stint in the top flight.

A disastrous 2013/14 campaign both on and off the pitch resulted in an immediate return to the Championship. Fifteen players were brought to the club over the course of that season, but £7.5m striker Andreas Cornelius was an expensive flop while the arrival of Wilfried Zaha on loan from Manchester United was not enough to avoid the drop. 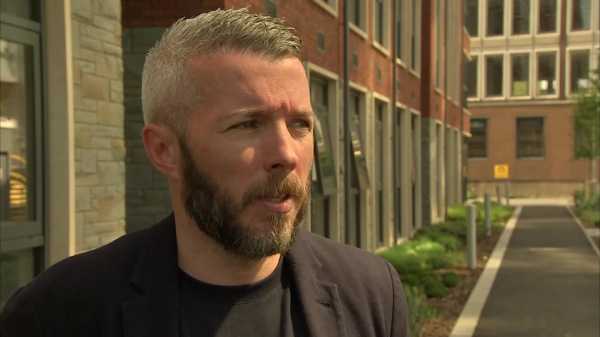 There was a shortage of Premier League experience in the signings made four summers ago by Malky Mackay, but Warnock must first decide whether to pursue further loan deals for those who played a part in his side’s promotion.

Greater creativity will also be needed in midfield, and Warnock could move for Robert Snodgrass following his successful loan spell at Aston Villa.

The Scotland international, who is valued at £12m, is in limbo at West Ham and he may welcome a reunion with Warnock having worked together at Leeds.

Marko Grujic impressed during the second half of the campaign, and he will consider his future at Liverpool following his World Cup commitments with Serbia. The arrivals of Naby Keita and Fabinho could lead to another loan spell in Wales.

Craig Bryson is another midfielder Warnock admires through his work rate, but having been deemed surplus to requirements at Derby, the prospect of working under Frank Lampard at Pride Park could excite the 31-year-old. 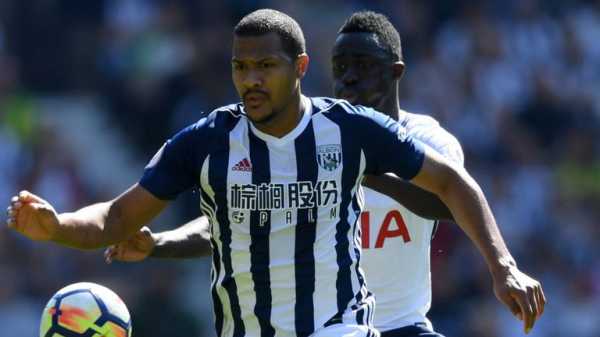 Winger Junior Hoilett was the club’s top scorer with 11 goals in all competitions last term, so it’s pretty clear where the team needs strengthening.

Warnock will show faith in Sol Bamba and Sean Morrison at the back, but Cardiff are interested in signing West Brom striker Salomon Rondon according to The Sun.

What have the manager and owner said?

Warnock has previous Premier League experience with Crystal Palace, Queens Park Rangers and Sheffield United, and the 69-year-old says he does not feel the pressure fourth time around.

“Why not? I have nothing to be afraid of,” he added. “It’s 11 v 11, we know we are going to have a tricky period where you lose or you don’t win for eight to nine games and lose three to four on the trot.

“But the fans know we are in credit now. They have got to stick with us now next year and enjoy it because some of those fans thought they would never get there again, so take it on board.” 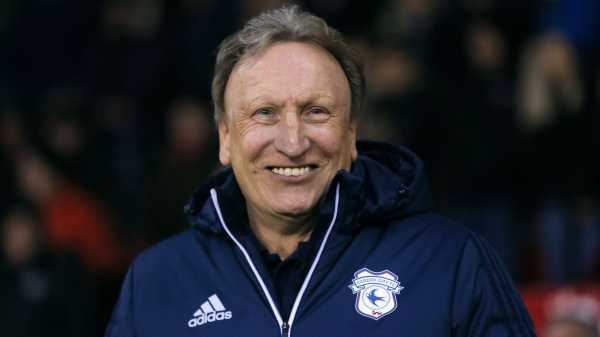 Neil Warnock says Cardiff had to bring out something special in order to gain promotion to the Premier League.

Owner Vincent Tan laughed off suggestions that he would provide Warnock with a £200m transfer budget this summer, telling talkSPORT: “Hahaha! Neil, when I’m worth £10 billion we can look at that!”

Tan went crazy in the transfer market before the 2013/14 season, bringing in eight players and a further seven in the winter window.

“They run the club, I’m just going to enjoy it. For me, it’s like a bonus year. So whatever I’m given I’m going to spend, and whatever wages I’ve got I’ll use them, and we’ll do the best we can.” 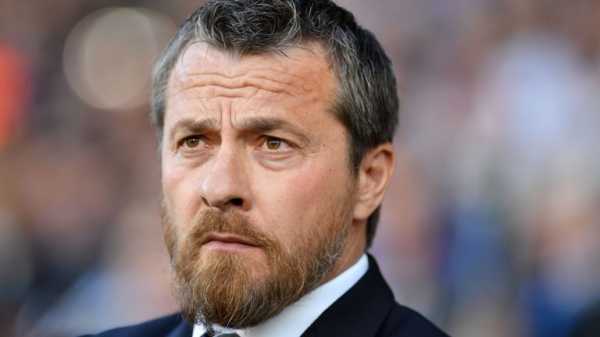 Slavisa Jokanovic’s side were renowned for their attacking flair last season having scored 79 goals. But their 17 clean sheets is a modest total for a side promoted, and Fulham will look to strenghten at the back before the transfer deadline on August 9.

Aleksandar Mitrovic was a revelation after arriving on loan from Newcastle in January, scoring 12 goals in 20 appearances. The Serbian striker heads to the World Cup in buoyant mood, and Jokanovic will be keen to secure a permanent deal.

Keeping the team together is a must for the west London club, with lots of interest in Ryan Sessegnon, but promotion may have delayed the 18-year-old’s inevitable departure to a top-six side. 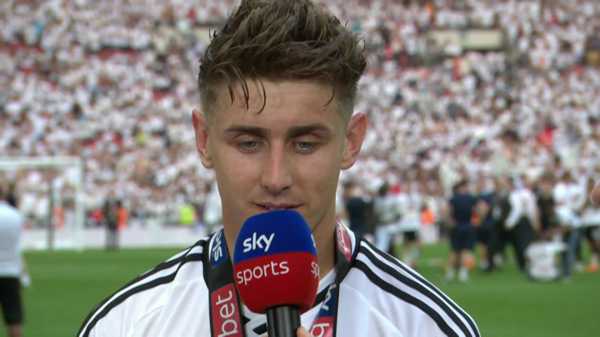 Ryan Fredericks has indicated his intention to remain at the club despite interest from Crystal Palace and West Ham and his current contract expiring at the end of June.

Jokanovic has been praised for allowing the likes of Sessegnon, Matt Targett and Sheyi Ojo to thrive during a 23-game unbeaten run despite their tender years.

Jokanovic was spotted at Serbia’s pre-World Cup training camp on Tuesday as he headed for talks with Mitrovic.

Fulham are keen for a quick deal, but the Newcastle Chronicle report that the Magpies are wanting to wait until after the tournament to see if his valuation increases.

Fulham are also keen on signing French midfielder Lamine Fomba from Auxerre, according to L’Équipe. 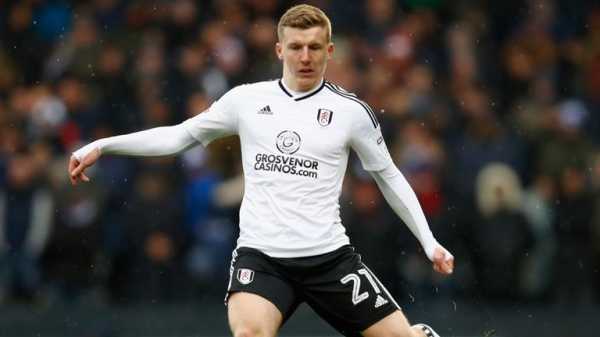 The 20-year-old once rejected the chance to join Tottenham in favour of signing a professional contract with the Ligue 2 club but he has just one year remaining on his current deal.

Greek defender Dimitrios Chatziisaias is also on Fulham’s radar, according to The Sun.

The PAOK defender is regarded as one of the most promising defenders in his country and at 6ft 4in tall, his imposing presence might be just what the club need.

What has the manager said?

Securing Mitrovic and Targett on permanent deals should be a priority for Jokanovic this summer, but the club will need strengthening in almost every deparment – whilst retaining their flowing style of play – if they are to survive.

The former Watford boss has warned of the need to spend, saying: “We must know what is ahead of us, the Premier League is the most competitive league and we must be clever. 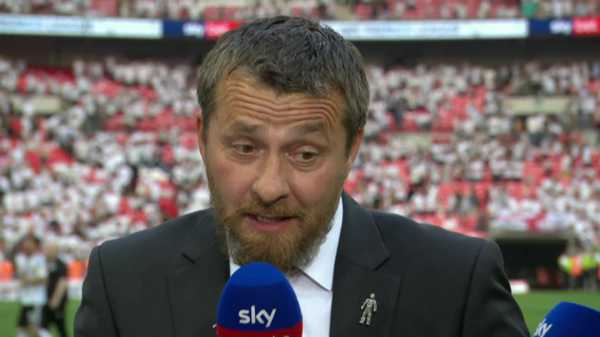 Slavisa Jokanovic believed Fulham's promotion to the Premier League was a culmination of a great season long campaign.

“Now we have finished one important improvement and now we must be clever and make sure it’s not one step back.

According to Sky Bet, James McClean is 8/1 to join Cardiff while Salomon Rondon heading to join Warnock’s men is 5/1.

Jack Butland is 7/2 to sign for Wolves, with Joe Hart curiously also in the running at 5/1 and fellow England international Jermain Defoe is 14/1 to depart Bournemouth for Molineux.

Robert Huth has been linked with all three promoted clubs. The centre-back left Leicester this summer and could join Cardiff (6/1), Fulham (12/1) or Wolves (16/1) on a free transfer.

Fulham and Wolves will be desperate to keep hold of their coveted stars. Ryan Sessegnon is 10/3 to join Tottenham, with Manchester United (4/1), Liverpool (12/1), and Manchester City (18/1) all admirers of the versatile winger. He is 8/11 to stay at Craven Cottage.