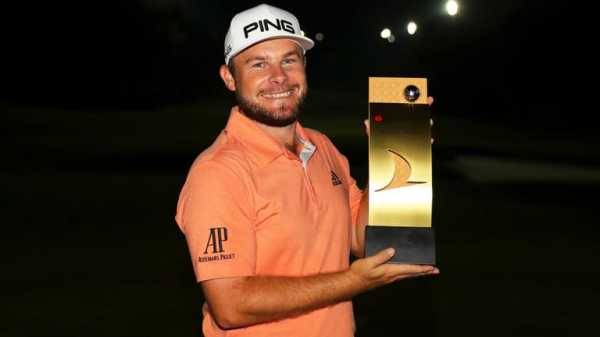 Tyrrell Hatton parred the fourth extra hole under the floodlights to emerge victorious after a dramatic six-man play-off at the Turkish Airlines Open.

It is the first time in professional golf that a play-off has been finished under floodlights after they were utilised on the 18th hole at the Montgomerie Maxx Royal in Antalya.

Hatton, who has been troubled by a wrist injury in recent weeks, was claiming his fourth European Tour win and his second success in a Rolex Series event, and it ended a victory drought of over two years after his last triumph came at the Italian Open in October 2017. 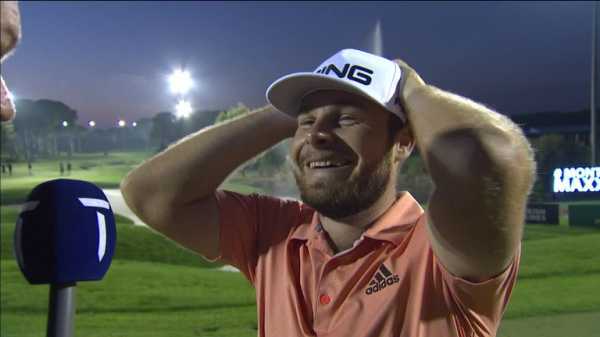 2:59 Hatton was a happy man after returning to winning ways

After the sextet all finished on 20-under 268 they were split up into two groups of three for the play-off, with Van Rooyen dropping out first after driving into a bush on their first additional trip down the 558-yard, par-five 18th.

Hatton made a sensational birdie, though, as he chipped in from off the green before Kitayama knocked in a routine four. 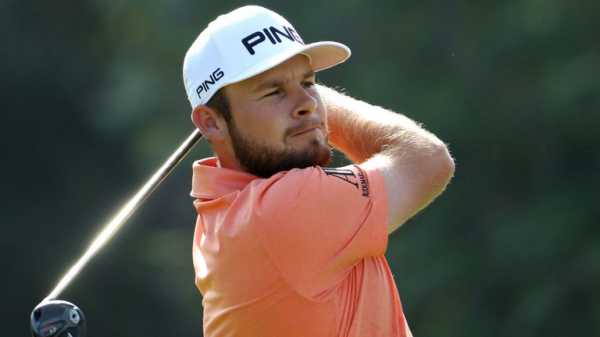 In behind, Schwab was the only one of the trio to make a birdie after Hebert and Perez found trouble down the right of the fairway.

Hatton, Kitayama and Schwab all missed birdie putts the second time around on the 18th and the floodlights were fired up for their third visit to the 18th tee as darkness descended.

A wayward tee shot proved costly for Kitayama this time, but Schwab managed to rescue a birdie with a 25-foot putt after Hatton appeared to have given himself a winning birdie putt. 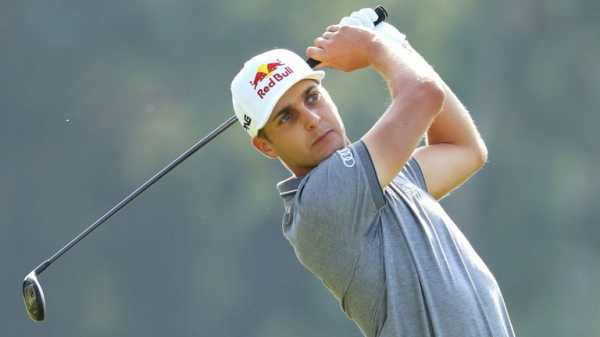 With the lights now shining brightly, Hatton missed a shortish birdie putt at the 18th the fourth time around but Schwab then tapped an even shorter putt wide for his first bogey on a par-five all week to hand Hatton the victory.

It was a hard way to lose out on a first European Tour win for Schwab as he had been out on his own at the top of the leaderboard virtually all day. 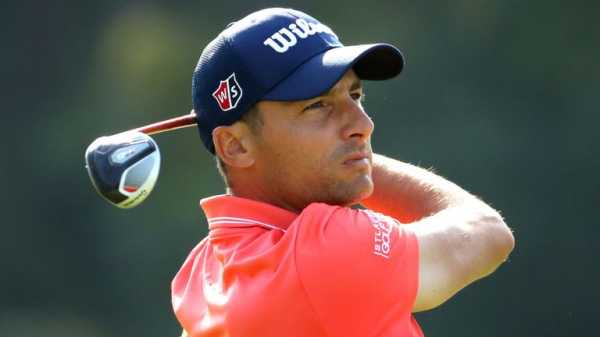 After starting the final round three clear, the Austrian, whose putter failed to fire, carded a two-under 70 and was only reeled in late on as he was the only one of the play-off contenders to par the 18th in regulation.

American Kitayama completed his charge up the leaderboard by getting to 20 under with a birdie at the last for a 64, which was one better than South African Van Rooyen, who chipped in for a superb eagle at the last to snatch a play-off berth. 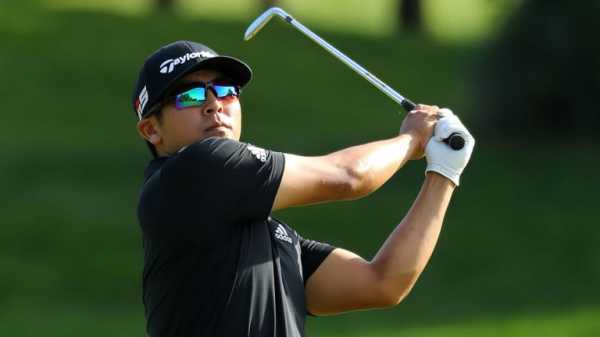 The highlight of Hatton’s round came early on when he eagled the fourth after a brilliant second shot over the water to around five feet, although he also became a little frustrated on the back nine as he missed a number of putts, which ultimately did not prove costly.

Robert MacIntyre and Shubhankar Sharma were the best of the rest in joint-seventh place on 18 under.

MacIntyre stuttered on the front nine with bogeys at the fourth and seventh, but a birdie at the last put him alongside Sharma, who had earlier stormed up the leaderboard with a 64.

Lee Westwood was within one of the lead when he made his sixth birdie of the day at the 13th but bogeys at the 14th and 17th saw him slip back and he eventually signed for a 68, which left him in a tie for 10th on 16 under. 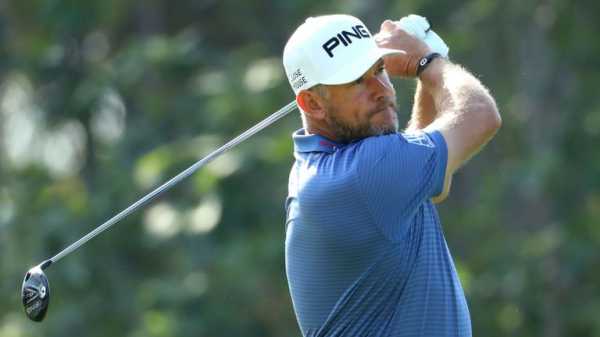 Patrick Reed (71) and Ross Fisher (71) also finished on 16 under, with the former failing to fire and the latter dropping away with three bogeys over the final six holes.

Two-time defending champion Justin Rose, whose chances were wrecked by a 73 on Saturday, closed with a 68 to finish joint-21st on 13 under.