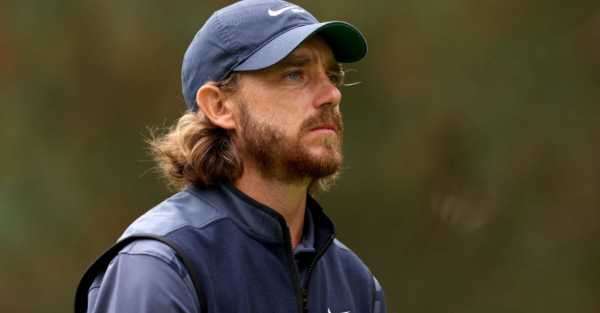 Tommy Fleetwood held a share of the early lead as the first round of The Players Championship suffered a lengthy weather delay on Thursday.

The start of play at Sawgrass was delayed by an hour due to overnight rain and thunderstorms in the area, with preferred lies put in place for the first round.

When play did get under way, Fleetwood started on the back nine and picked up shots on the 11th and 16th, both par fives, before chipping in for another birdie on the 18th.

Fleetwood, who is without a win since 2019 and has slipped to 49th in the world rankings, also birdied the first and was facing a birdie putt from nine feet on the par-five second when play was suspended due to dangerous weather in the area at 11am local time.

At four under par, the former Ryder Cup star shared the lead with Americans Will Zalatoris and Harold Varner III, who had completed 11 holes.

World number one Jon Rahm was two under par for his first seven holes and safely on the green on the treacherous 17th when play was called off.

Just a month away from his defence of the Masters, Japan’s Hideki Matsuyama had earlier withdrawn from the event due to a lingering back injury.

Matsuyama had been scheduled to tee off at 0840 local time alongside Joaquin Niemann and Cameron Smith. He was replaced in the field by Patrick Rodgers.

Matsuyama led after the opening round of the Players in 2000 following a superb 63, only for the event to be cancelled due to the coronavirus pandemic.