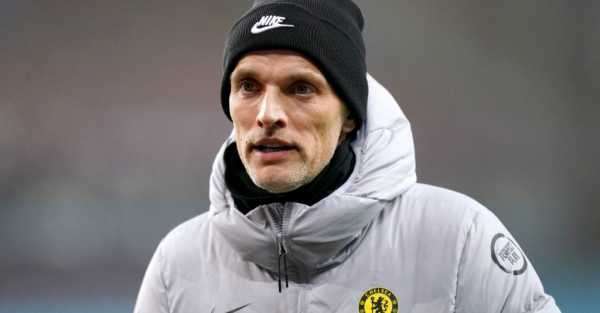 Thomas Tuchel has admitted only time will tell whether Chelsea can reap the benefits of resting three key defenders in the 5-1 FA Cup win over Chesterfield.

Teen midfielder Lewis Hall won the man of the match award on an accomplished debut on the left of a back-three against the Spireites, such was Chelsea’s determination to avoid any more frontline defensive issues.

And while Chelsea cruised past their National League opponents on a day to remember for 17-year-old Hall, boss Tuchel urged a note of caution in regard to senior defensive resources.

“We needed a pause for Toni, Azpi and Marcos in defence,” said Tuchel. “That’s why we went with that selection.

“It was important to share the minutes, manage to have some players that can rest to be in the best shape possible for the upcoming games.

“But we constantly have to adapt because the situation can change any day.”

Reece James’ serious hamstring injury has added another sizeable dent to Chelsea’s defensive issues, with Ben Chilwell out for the season after knee ligament surgery.

Trevoh Chalobah continues to nurse a thigh issue, while Thiago Silva and N’Golo Kante are isolating after positive Covid-19 tests.

Silva and Kante could have a slim chance of returning against Tottenham, but must be testing negative and completing all Covd safety requirements to stand any chance of midweek action.

And Tuchel admitted Chelsea know full well the next sequence of matches will test their already stretched resources to the limit.

After Wednesday’s League Cup tie at Tottenham, they will head to defending champions and runaway Premier League leaders Manchester City on Saturday.

The league trip to Brighton has been rearranged for Tuesday, January 18, to add another midweek fixture ahead of the Blues hosting Tottenham again, in the Premier League, on Sunday, January 23.

“It’s not only one game, we have four games: we have Wednesday, Saturday away, Tuesday then on to Sunday,” said Tuchel.

“We have tough matches coming up. It was simply the moment and of course a different level of intensity in the FA Cup.”

Chesterfield boss James Rowe was left to reflect on a morale-boosting experience at Stamford Bridge despite the heavy defeat.

Akwasi Asante bagged a late consolation for the visitors, to send the 6,000 travelling fans into raucous celebration.

“It was a fantastic experience for us, and a real compliment to us the strength of the team Thomas Tuchel fielded,” said Rowe.

“Hopefully this is a marker for us as we push on with the comeback trail of trying to put this club back on the map.”