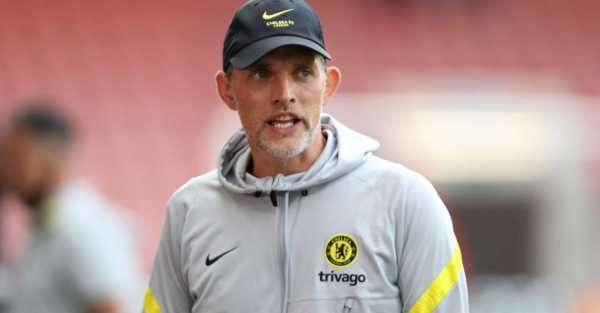 Thomas Tuchel hopes Hakim Ziyech’s wonder goal and victory over Tottenham will hand Chelsea renewed confidence following an indifferent run of form as they look to shut down any worries about a top-four Premier League finish.

Ziyech’s moment of magic teed up Chelsea’s 2-0 win over Spurs on Sunday, their third victory against their London rivals in this month.

Now the bulk of Chelsea’s players can head into a week off satisfied to have reasserted some Premier League authority, with the Blues remaining a point behind second-Liverpool in the table and nine points above Manchester United in fourth.

“The attitude, mentality and spirit of the team was very good on Saturday in training, you felt that they wanted to prove a point,” said Tuchel.

“I continued to have a good feeling before the match. I saw them and how they were together and prepared the match, and I am happy they could prove it.

“Of course Hakim’s goal gave us a massive lift, but I am even more impressed because we didn’t score that goal after five, six or seven minutes or the early stages of the match, but went from there with pure, positive emotions.

“We worked hard for it and when it came in the second half we kept on going and kept on pushing and kept on believing, so that was very good because we came from a lot of games and some results we didn’t like.

“And it was a positive match and a good performance and a clean sheet. It was very good.

“I think the fact it was a London derby helped us, and now we have some days off and the players knew it also helped us because it gave us a feeling like a cup game.

“Now we go into a break, and it was important to go into this break with a victory. There’s no doubt about it because if you don’t have the results and the performances you want, there’s no substitution for a win and that feeling.

“You cannot produce it artificially, so we needed this, but we needed also to do things better and keep on believing. The guys are very tired now because it was a long run, but it was important for us.”

Tottenham could still overtake Chelsea by a point should they win all four games in hand, but the Blues’ win and its comprehensive manner put another dagger through the hearts of Antonio Conte’s men.

The absence of that trio has cast doubts over their north London futures, with Conte keen for a squad overhaul.

The Italian still believes Chelsea are on a different level from seventh-placed Spurs, but insisted his players did him proud despite the defeat.

“I have to be proud of my players because we made a big effort, we tried everything to get a big result,” said Conte.

“But I also have to think that in one month we lost three times against Chelsea.

“It means that there is a different level between us and them.

“To lose three games in that time means they are much stronger than you as a team and a squad, and you have to accept this. But only after a performance like Sunday.

“We tried everything to get a big result, but sometimes it’s not enough, especially when you play against this type of team.

“This club is on another level compared to us.

“I have to be proud, and I like what I saw despite the defeat, which hurts me a lot.”