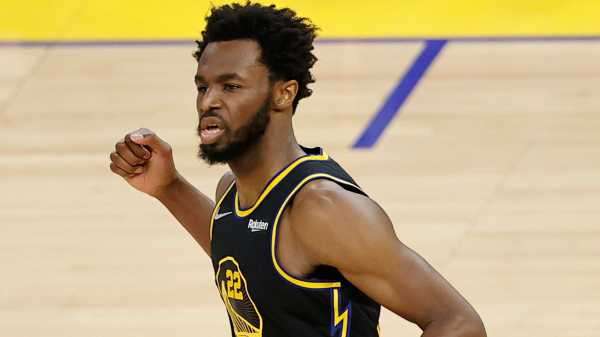 Andrew Wiggins has been the subject of mockery and derision for a lot of his NBA career.

From being declared a “bust” throughout much of his time in Minnesota after the Timberwolves took him with the No 1 pick in the 2014 to being scoffed at following his first selection as an NBA All-Star – as a starter, no less – earlier this year, often snide remarks have been directed at the 27-year-old Canadian.

But now the Golden State Warriors forward is poised to have the last laugh, sitting just one win away from winning an NBA championship. The Warriors have their first chance to do so in Boston, late on Thursday night, live on Sky Sports Arena & Main Event from 1.45am.

Stephen Curry is always the star man when it comes to the Warriors, but Wiggins has been Golden State’s second best player by some margin in the NBA Finals. His efficient scoring, whilst not forcing things outwith the team’s collective offense, accompanied by tenacious lockdown defense have made has him a consistently effective two-way player.

Not just that, but his rebounding has lifted Wiggins into the category of being a dominant figure on the team. In Game 4 he pulled down a career-high 16 rebounds, along with 17 points and on a rare off-night for Curry in Game 5, Wiggins picked up the bulk of the rope for the Warriors with a team-high 26 points and 13 boards.

In the two games that have seen them go from staring a 3-1 series deficit in the face to leading 3-2 and within touching distance of glory, Wiggins has been the man-for-all-situations. His displays even have some claiming he should win NBA Finals MVP, although Curry’s dip in form would have to endure for that to happen, such was the superstar guard’s dominance in the opening four games of the series. 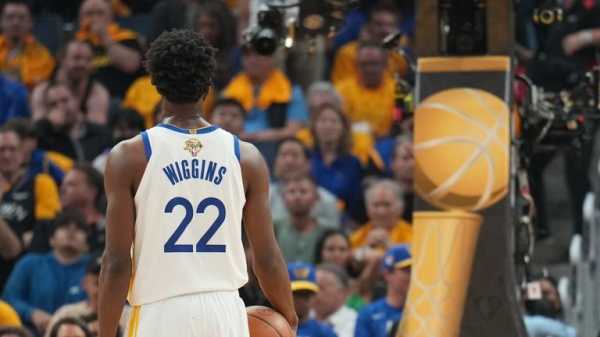 At the start of the season, nobody would have expected Wiggins to be more vital to the Warriors, production-wise, than championship veterans Klay Thompson and Draymond Green if the team made the NBA Finals. But that has how it has turned out in what has been an outstanding series so far for him.

There is a lot more to the Andrew Wiggins story than just what we’ve seen recently though. This is the story of a prodigious talent who has finally found his home in the NBA, after years of being over-encumbered by expectations in a role that didn’t suit him.

The rise and stagnation of a teenage prodigy 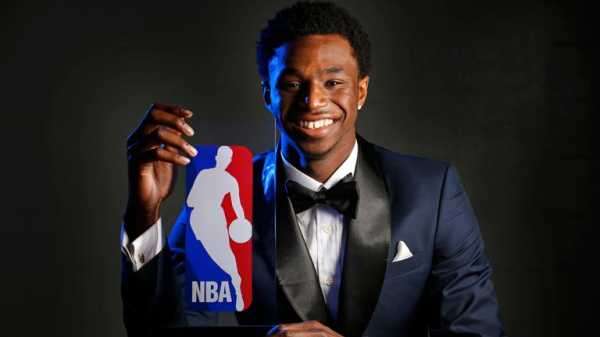 Image: Andrew Wiggins poses with the 2014-15 NBA Rookie of the Year trophy

A recruitment analyst once called him: “The Michael Jordan of Canada” and Wiggins had already been an internet sensation for years prior to his collegiate career with the Kansas Jayhawks after a YouTube video which declared him the “Best 13-year-old in the nation” went viral, some 13 years ago now.

He also featured on a Sports Illustrated cover alongside fellow former Jayhawk Wilt Chamberlain as the hype train built around Wiggins, culminating in him being selected first on draft night by the Cleveland Cavaliers and dealt to the Timberwolves in the trade for All-Star forward Kevin Love.

Wiggins went on to win Rookie of the Year in his first NBA season, and averaged 19.7 points per game throughout his time in Minnesota. He also played 82 games in three of his five full seasons with the Wolves so there were no doubts about his durability and that is something which has carried on as he has progressed to playing with the Warriors. 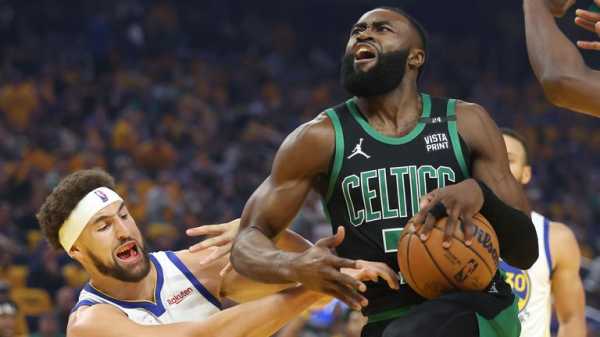 But, with the outlier of when he averaged 23.6 points in 2016-17, the production with the Timberwolves never really took the expected leap. There was always the feeling that his personal motor wasn’t good enough and that he never had the drive to be the team’s main man night-in and night-out. That is why the team eventually felt it was right to trade him and move on.

A scout who evaluated Wiggins when he was younger, per ESPN, was critical of the prospect based on that very premise: “We want to make him out to be something greater. Maybe he’s fine the way he is, and that’s a pretty good 12-to-15-year NBA player.

In terms of level of responsibility, when he came to Golden State he was the fourth guy. In terms of production though, he has now jumped to being the second, so perhaps that’s where the scout got it wrong.

Noteworthy Wolves knew he had it in him 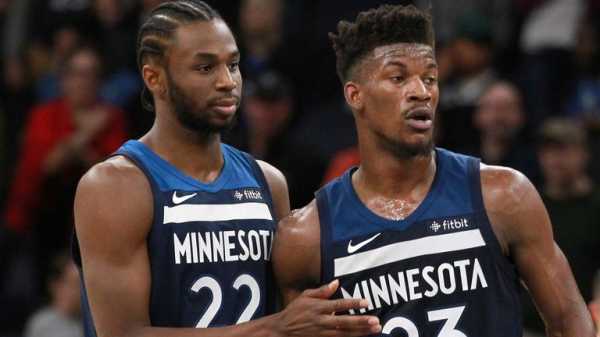 Image: Andrew Wiggins, left, and Jimmy Butler in action for the Minnesota Timberwolves

Timberwolves legend Kevin Garnett crossed paths with Wiggins in his final NBA season, in what was the youngster’s sophomore campaign, and declared that the 19-year-old was part of “the next”, meaning the next wave of players ready to entertain and lead the league.

Jimmy Butler, a man noted for taking no prisoners when it comes to standards – one of the reasons he’s had so much success with the Eastern Conference finalist Miami Heat – once described Wiggins as the most “god-gifted” player on the roster.

Draymond Green, after the Game 5 victory for the Warriors against the Celtics, noted what Butler and Wiggins’ former coach Tom Thibodeau had told the Warriors about Wiggins following his acquisition in February 2020.

“When he first came here, and I’ll never forget, it’s when Thibs wasn’t with the Knicks and Thibs was like ‘You guys are going to love him he competes, he defends’. And he was telling us, Jimmy loved him,” Green said.

“We all know how Jimmy Butler is. You’ve got any softness to you then Jimmy doesn’t like you. That’s just how Jimmy is cut. And [Wiggins has] continued to show that, he’s continued to get better. He’s taken on every challenge that that we’ve thrown in front of him and it’s huge. We need him to do that for one more win.”

The perfect fit for team and player 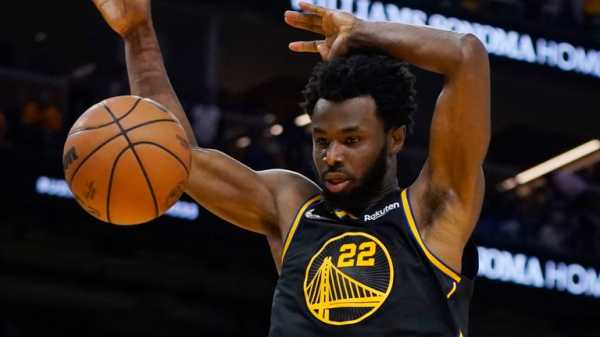 Image: Golden State Warriors forward Andrew Wiggins dunks against the Dallas Mavericks during the second half of Game 5 of the Western Conference Finals in San Francisco

Warriors GM Bob Myers looks to have committed an act of grand larceny on the Timberwolves when he acquired Wiggins prior to the 2019-20 trade deadline.

After fraught negotiations between Myers and Gersson Rosas, the then-president of basketball operations with the Timberwolves, Golden State sent D’Angelo Russelll and two bench players – Omari Spellman and Jacob Evans – to Minnesota in exchange for Wiggins, a top-three protected first-round pick and a second-round pick in the 2021 NBA Draft.

That first-round pick ended up being Jonathan Kuminga, who could end up being part of “the next” for the Warriors. He has shown glimpses of star potential with his explosive finishing.

For many, that was going to be the chief prize in the deal in the long run, but it has turned out, in fact, to be Wiggins himself. Despite knowledge of his lofty ceiling still existing, he has surpassed even the loftiest expectations following the trade.

The key to it is that Wiggins doesn’t have the responsibility of being a number one option, so his level of responsibility is reduced, but his talent is such that he has the offensive and defensive repertoire to impact the game on the very biggest stage of them all. 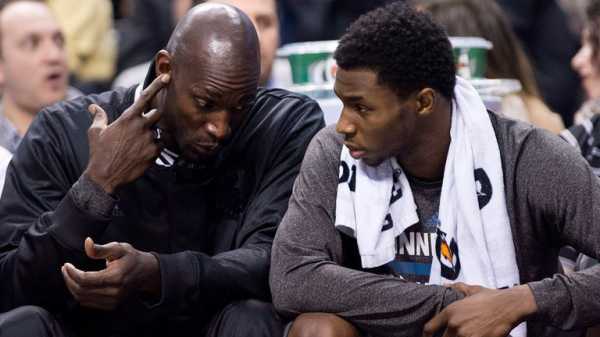 Image: Kevin Garnett dishes out pearls of wisdoms to a young Andrew Wiggins on the Minnesota Timberwolves bench

“He’s playing with the Michael Jordan of his era,” Garnett said, in that same ESPN article cited earlier. “The knowledge that he takes not just from Steve Kerr and that coaching staff but that pedigree of excellence that they push around there in Golden State – you can’t come in there and be less-than. Those are champions in there. Those guys have won together. They’ve been in the grit. They’ve been in the foxhole together. I think it motivates him.”

The “Michael Jordan of his era”, reckons the Warriors’ system and environment have given Wiggins the chance to shine.

“He’s embracing the challenge of consistency and we know he what he’s capable of doing on both ends of the floor,” Curry said. “The fact that there’s opportunity for him to do what he’s doing because of the way that we play, because the way that we’ve embraced him from day one and try to paint a picture of what his skillset can do for us to reach the highest level.

“I think the bottom line is he just having fun playing basketball. That’s the biggest thing you know, everything he’s been doing his career, all the talk about him as a number one guy, number two guy, number one pick, all that type of stuff – I’m sure he’s enjoying this more than anything else he’s experienced in this league and that’s kind of what it’s all about.” 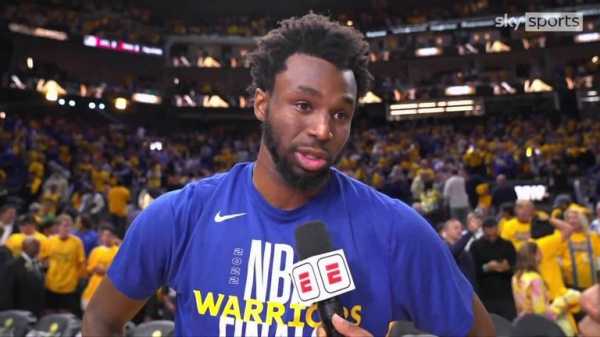 For Wiggins himself, it’s been about coming into a winning culture, being embraced and, after he assimilated, doing so has allowed him to become someone who team-mates know they can rely upon.

“There’s just a lot of great people here, Wiggins said. “Great people here that challenge, they hold you accountable and this is a support system. Everyone on this team, organisation, they support you.

“I feel like being here, it’s just such a winning culture. Everyone, they’ve won before, they’ve dominated the NBA and when I got here, they put you in position to succeed. They always bring out the best in you, they want the best for you, you know, supportive so it’s been good.”

Green admitted it took a little time for Wiggins to fully settle in Golden State but believes it’s clear to see on court how much the Warriors now trust Wiggins on both ends of the floor. 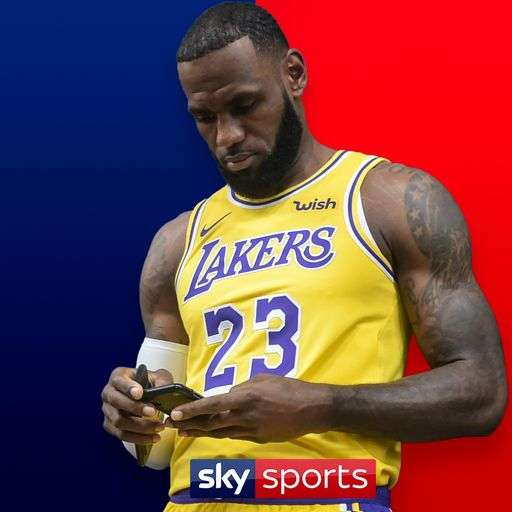 “That trust has been building for for two and a half years now since he got here,” Green said. “You know, a lot of people looked at the trade like, ‘Oh, it’s another piece that they could move’, and we looked at a trade from the very beginning like ‘That is a guy who could fit next to a healthy group’.

“[His confidence didn’t show] right away. I think he started to feel it out. Coming into this year, he was an All-Star starter for a reason. He defended very well, he scored the ball very well and really just plugged right in. It wasn’t like, ‘Oh, you need to call a set for him every time’ – he’s just kind of been getting it.

“He’s continued to do that. I think the bigger the challenge has been that we’ve thrown in front of him, the better he’s responded, and you want a guy like that – [someone who] when the stakes get big, they respond and they play their best basketball and that’s what he’s been doing.”