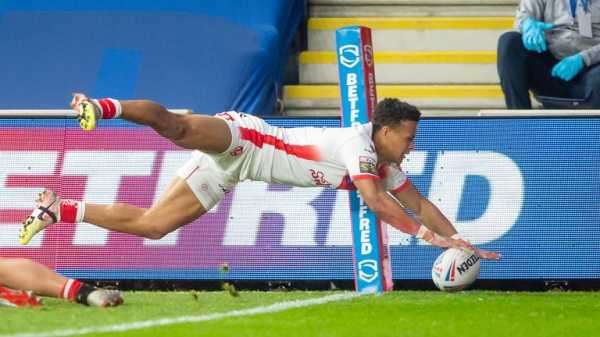 Another reunion for Marshall

Marshall was part of the coaching staff at Warrington Wolves during Hodgson’s successful spell there as a full-back and was always impressed with the Australian’s approach.

He is now seeing Hodgson put those skills into practice as a coach and believes he is already having an impact on certain players in the Black and Whites squad.

“He could see the next play, he was really smart and astute,” Marshall said of Hodgson. “He’ll be trying to put some of his playing background into the likes of Josh Reynolds and Jake Connor, which you can see he is doing.” 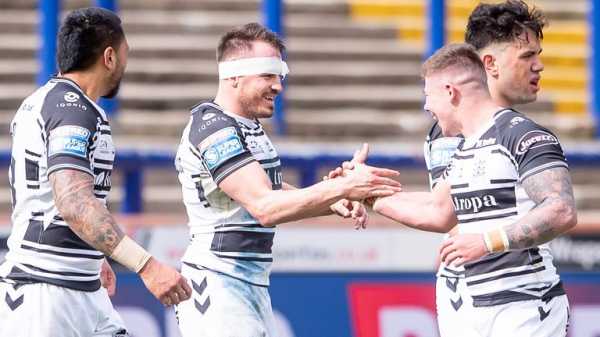 3:28 Highlights of Hull FC’s win over Huddersfield Giants in the opening round of Super League.

Hull come into the match after a resounding 22-10 win over Huddersfield on the opening weekend, but Hodgson is wary of the dangers posed by the Red Devils.

“They have a team of classy individuals,” Hodgson said. “A number of their key men can hurt you at any stage of the game.

“We need to make sure we are all connected defensively and supporting each other. Ultimately you need to cover your mate’s back in case he makes a poor read or an error.” 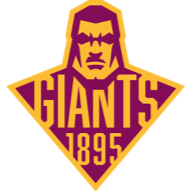 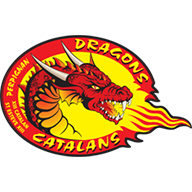 Can Giants win without Sezer?

The Ian Watson era at Huddersfield got off to a losing start, with inspirational half-back and 2020 Man of Steel nominee Aidan Sezer a notable absentee for the Giants.

Sezer missed the game with a leg strain and is a doubt for Saturday’s clash with the Catalans after limping out of a training session this week too, while Ricky Leutele is sidelined with a broken hand.

Head coach Watson will not let his side hide behind injuries to key players as excuses for losses though and is adamant the Giants are still strong enough to get results even if players like Sezer are unavailable.

“We were still good enough to beat Hull,” Watson said. “They had their first-choice spine and team, we had a couple out, but it doesn’t matter.

“You win things through a squad – that’s the mentality that we have to get, it doesn’t matter who’s playing.

“We’re good enough to win with or without Aidan. Obviously you want Aidan to be in the team because he gives you that extra bit of quality, but I have every confidence in the group that we put out there that we are good enough to beat whoever we come up against.”

Huddersfield are, however, boosted by the return of loose forward Michael Lawrence – who is set to make his 300th appearance for the club – while Jake Wardle comes in for Leutele.

James Maloney may have grabbed many of the headlines for notching the golden-point winner for Catalans in their 29-28 win over Hull Kingston Rovers, but it was a big day for the club’s young players too. 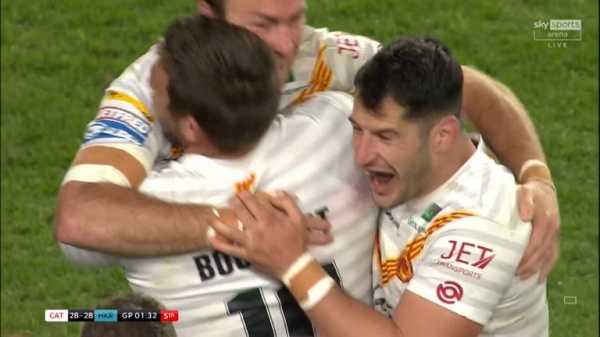 5:48 Highlights from Catalans Dragons’ thrilling golden point win over Hull Kingston Rovers in the opening round of Super League.

Most notably, 22-year-old centre Matheiu Laguerre was chosen as man of the match and is one of a clutch of the next generation in France coming through.

Dragons head coach Steve McNamara hopes to see more of the same from both his new and old French players when they face Huddersfield on Saturday.

“He’s been with us for a couple of years now, but he was very thin,” McNamara said of Laguerre. “Physically, he wasn’t in a position to compete at that level and he’s worked very hard on that.

“He’s always had the ability and he’s got a great actual physique about him. He’s got the ability to be a really big centre and he’s starting to grow into that.

Laguerre keeps his place in the squad, while off-season recruit Gil Dudson is set to make his first appearance for the Dragons.