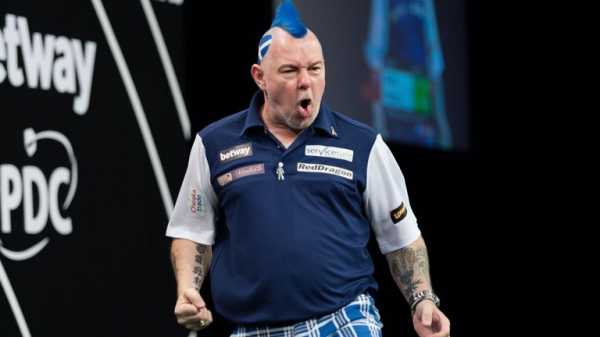 It’s trophy day at the World Cup of Darts as the tournament reaches its conclusion with two bumper sessions of top tungsten action.

After two days of darting drama, the tournament is left with six of the eight seeded teams – only Northern Ireland and Austria have perished – and four mouthwatering quarter-finals will get Sunday’s live action going.

England and the Netherlands remain the only teams left to have won the tournament and both are still standing while Scotland, Belgium, Wales and Australia have all reached previous finals and will hope to go one better on Sunday night.

In the bottom half of the draw, England take on Belgium and the defending champions Netherlands take on hosts Germany in the final match of the afternoon.

Raymond van Barneveld and Michael van Gerwen have yet to drop a leg in cantering through the first two rounds, while Germany have come throw a pair of dramatic contests. 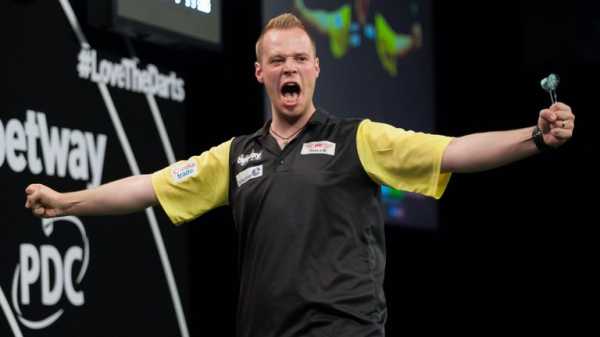 The new-look England team of Rob Cross and Dave Chisnall have encountered a few teething problems, none more so then when coming from behind to see off Singapore in the last 16. 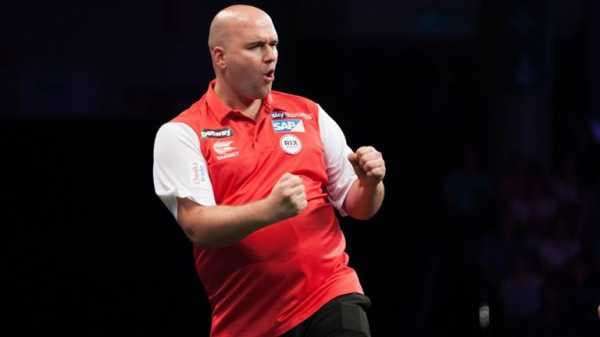 But with both men capable of big scoring and big finishes, their quarter-final showdown with Belgium looks to be the afternoon’s blockbuster.

Captain Kim Huybrechts has risen to the challenge of mentoring world youth champion Dimitri Van den Bergh, who will relish the chance to potentially go up against Cross in a repeat of the World Championship classic in December. 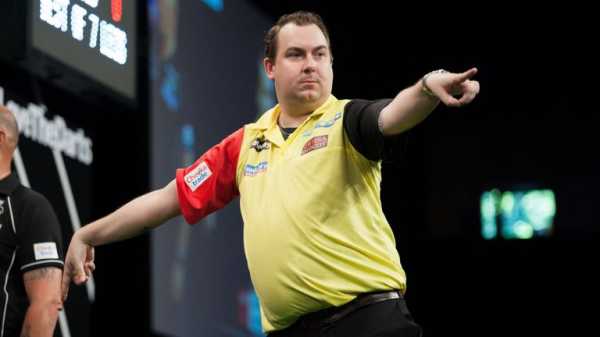 Top seeds Scotland have been relatively untroubled throughout, following up their 5-1 first-round win over the USA with a comprehensive victory over Brazil in Sunday’s second round.

Peter Wright’s and Gary Anderson’s hopes of a first title in the event have been boosted by the pair’s form and the departure of Austria from their quarter. They take on Japan, with Seigo Asada and Haruki Muramatsu needing to improve their doubling if they are to breach new ground in the event. 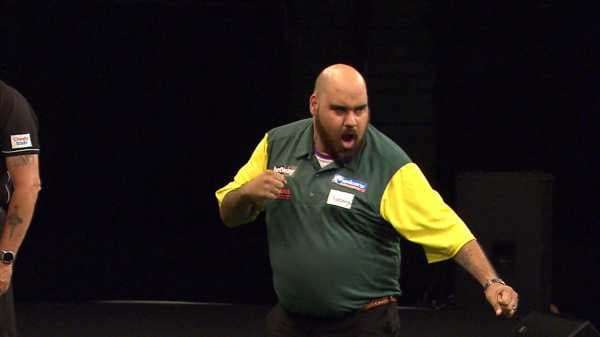 Wales and Australia will go head to head in the second quarter-final – the triumphant pair will play the winners of the Scotland-Japan encounter.

The Quarter-Finals & Semi-Finals will be played as two best of seven leg 501 Singles matches, with both nations nominating the order in which their players play.

In the event of both nations winning one Singles match apiece, a best of seven leg 501 Doubles match will be played to decide the tie.

The first team to win three games is declared the winner.